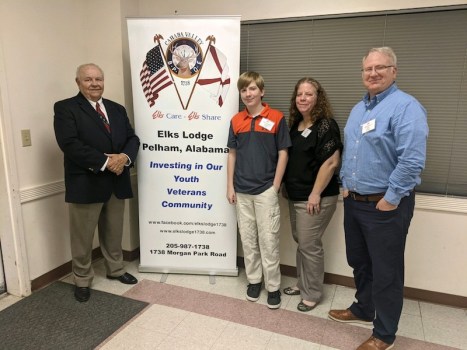 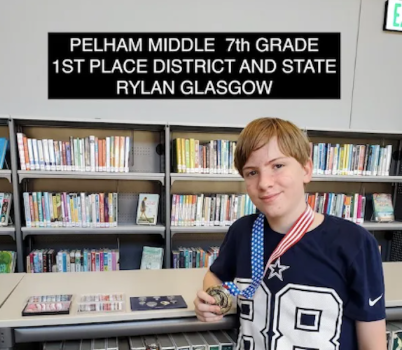 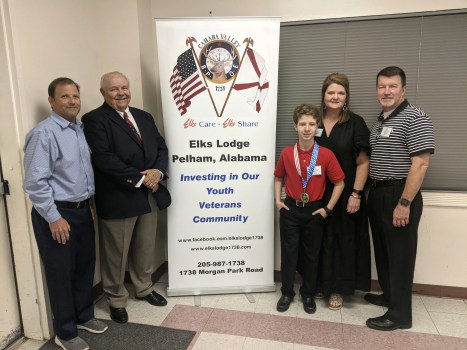 The Cahaba Valley Elks Lodge  of Pelham held its annual Americanism Essay Contest in early May, bringing in hundreds of participants from Shelby County schools.

Every year, the grand lodge in Chicago assigns a specific topic for the essay. This year, the essay theme was “What does it mean to love your country?” The contest has two divisions: Division I includes fifth and sixth grade students, and Division II includes seventh and eighth grade students. In the past, they’ve had more than 1,000 essays submitted, and this year, there were 450 essays from area intermediate and middle schools.

In Glasgow’s essay, he expressed the importance of showing respect to those who have served our country, and he went on to say that one should always take pride in all that makes America so great. He finished the essay by pointing out it is the responsibility of American citizens to fix any of the country’s flaws.

Both Chapman and Glasgow were recognized at the Cahaba Valley Elks Lodge Youth Banquet.