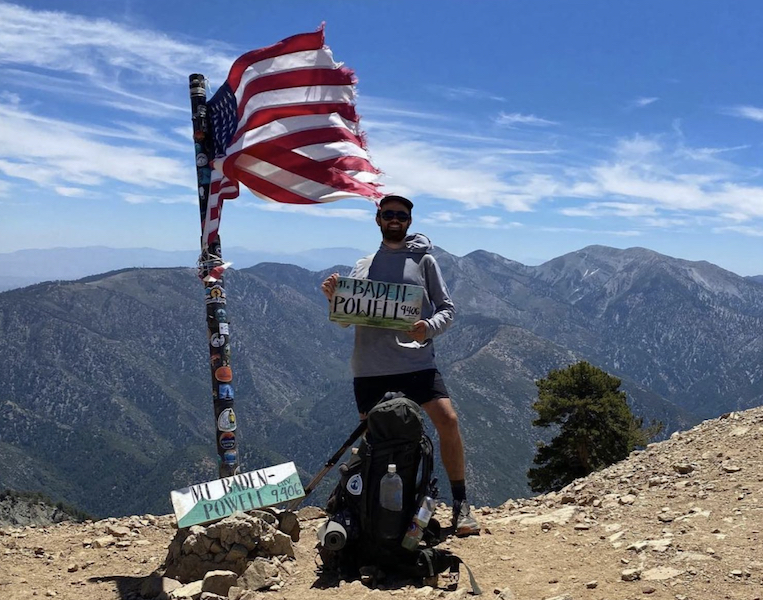 As Dylan Jackson closed his last textbook at UAB, and graduated in May, the call of adventure beckoned the Alabaster native.

Jackson, a former graduate of Thompson High School, is currently hiking the Pacific National Scenic Trail, where he plans to hike 2,650 miles from Mexico to Canada.

The Pacific Crest Trail begins in southern California at the Mexican border and follows a path through California, Oregon and Washington until reaching the Canadian border.

Jackson is documenting his adventure on social media for those interested in following him.

“I chose the Pacific Crest Trail because of how incredibly diverse the environments are and how beautiful the scenery is,” Jackson said. “Every day is brand new terrain and every month or so is a completely different environment,” he said. “I have never been further west than Colorado and this was an opportunity for a prolonged experience in some of the most picturesque landscapes America has to offer.”

Most days are equally simple and challenging with a rotation of eating, walking and sleeping.

“There is a weekly trip into town to buy more food, but I try to maximize the amount of time I spend actively walking on the trail,” Jackson said.

Jackson began the hike after his graduation in May, and estimates the trip taking 4-6 months. He plans to return home in late September.

“There are a lot of reasons I decided to do this,” he said. “I wanted to test myself both physically and mentally. I wanted a prolonged experience in nature to help me better understand who I am as an individual. I wanted to meet other people that like to dream big and chase their dreams no matter how intimidatingly large they might be. I wanted a long mental break to decompress after graduating college before beginning a career. But most importantly, I wanted to scratch the itch of adventure that I feel has been neglected my entire life.”

While Jackson began his adventure solo, he has had the opportunity to meet people on the trail each day.

“It would be very difficult to walk all day and not see another person,” Jackson said. “Meeting all of the people that are attempting the hike this year as well has been a favorite part of the trip for me. There are a few thousand people from all across the world who hike this trail every year. They are some of the best people I have ever met.”

“Knowing that you are just a few miles away from rest, shower, food and a real bed makes those last few miles feel way harder,” Jackson wrote. “With the Mojave Desert coming up in less than 10 days, some things will change, but I am excited for the challenges that lie ahead,” Jackson said.