Columbiana kicks off summer with Music on Main, Farmers Market 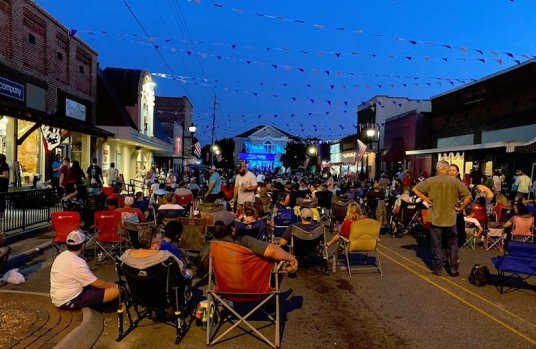 The city of Columbiana kicked off its annual tradition Music on Main on Friday, June 3, while the city’s first-ever Farmers Market started a day later. (Contributed) 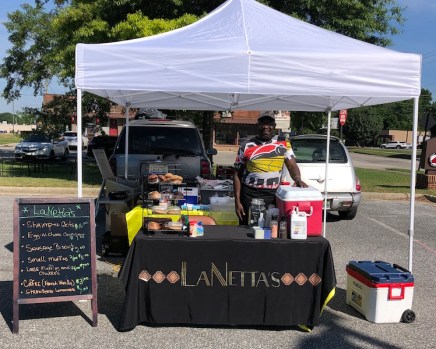 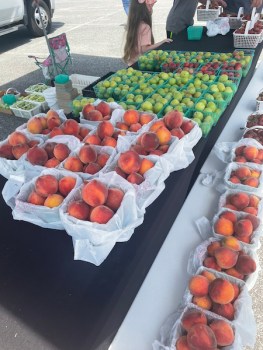 COLUMBIANA – Columbiana kicked off the first weekend of June with two big events—the return of Music on Main and the first day of a new summer-long, state-approved farmers market.

After a light rain late Friday afternoon, the skies cleared up and the atmosphere became perfect for the first Music on Main concert of the summer.

The Jerome Walls of Jackson Walls teased the crowd with his own version of Johnny Cash’s famous railroad rift, as his wife Anna, Steve Samples and William Yarborough brought the full sound together for an evening of songs from the 1960s to today.

Jackson Walls, known for their music mixed with humor, like their muse couple, June and Johnny Cash, delighted the crowd and created a fun night for everyone.

“It was a close-knit crowd to play for,” Anna Walls said “That made for an effortless show that was enjoyable for us too.”

Walls added that she was pleased to see families she knew show up from Chelsea and other areas too.

The city’s new coffee shop, Leaders Corner, stayed open for the event too. General manager Tiffany Patrick said that the turnout provided them with an “absolutely fantastic night,” and she’s looking forward to serving the returning crowds for the next three weeks.

The band played until close to 9:30, closing down Main Street.

Bright and early the next morning, market director Mark Brady and his crew showed up at the courthouse overflow parking lot on West College Street to begin the work of setting up for the Columbiana Farmers Market’s opening day.

This market was approved by the Alabama State Agricultural Department and has been in the works for months.

With a handful of local farmers, handmade artists, a bread baker and a fresh seafood vendor, the market started small, but is already looking forward to introducing more participants in the coming weeks.

As with Music on Main, the first market had a great turnout. Brady estimated between three and four hundred people came out through the course of the day.

Each week, Brady hopes to offer more reasons for people to visit. To create an extra draw, Brady partnered with Edmond Buie, who has been growing his car show for the last couple of years.

Brady shared that people from all ages came out to see the wide variety of vehicles and that helped boost sales for the farmers too.

“Several of our vendors sold out, and one even sold out twice,” he said.

The Columbiana Farmers Market will continue every Saturday through Aug. 27, except for Liberty Day on June 25.

There are big plans for the end of the market season that include a barbecue cook-off.

If you are a local farmer or handmade artisan who would like to participate in the market, you can find out more by emailing mainstreet@cityofcolumbiana.com or by messaging the Columbiana Farmers Market Facebook Page.