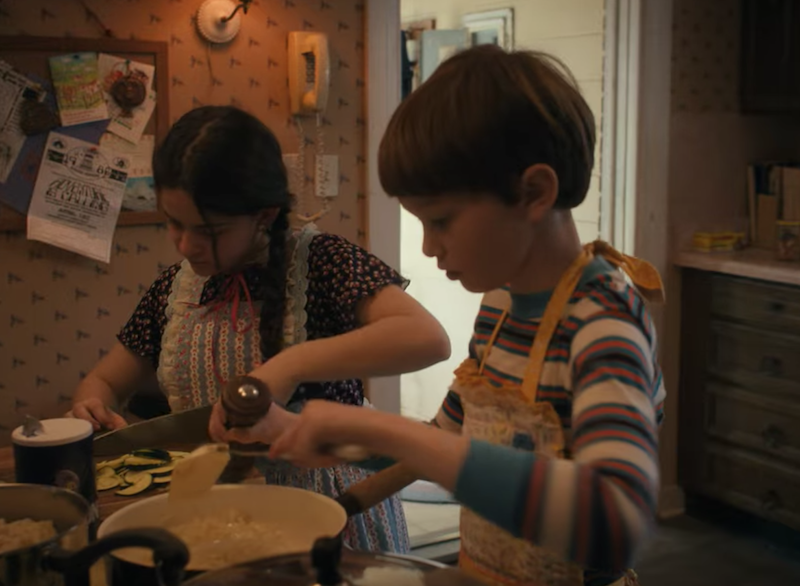 Jackson Watts earned a role on the newest season of Stranger Things, something the Alabaster resident and student at Briarwood Christian School called a dream. (Contributed)

With his mom on speaker phone, Jackson Watts sat idly by as he heard the words, “Jackson got Stranger Things.”

Swiftly, his perked listening ears turned to screams of joy, as he jumped up and sprinted around the house, leaping in the air every few feet celebrating his biggest role to date.

“It was one of the best moments of my life,” he said. “It’s very big. I was so excited because the first thing I thought of was getting to meet all the big characters. I thought that would be really fun.” 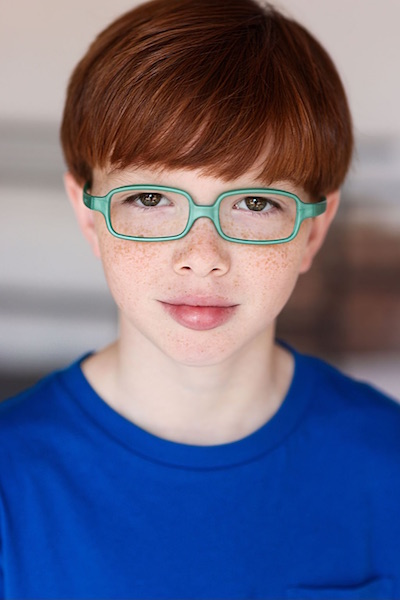 Even though he had never seen the first three seasons of the show up to that point, Jackson knew what it meant to be a part of the show because of the child actors that have become some of the biggest stars in the world since starting the show.

“Of all the things to be cast in, the top streaming show in the world,” he said. “That’s huge.”

An 11-year-old who lives in Alabaster and attends Briarwood Christian School, Watts was in the sixth episode of the current fourth season of Stranger Things.

He appeared in two separate scenes during the episode.

During the first scene, his character, Peter Bingham was helping cook alongside one of his sisters in the show.

He is adding salt to a pot of food, while she is chopping vegetables.

As Mike (Finn Wolfhard), Will (Noah Byers), Jonathan (Charlie Heaton) and Argyle, a new character played by Eduardo Franco, enter the room, Peter’s sister tells him he is adding too much salt.

Peter, played by Jackson, just looks at her with a look of shock as she rips the salt shaker out of his hands and slams it on the counter before the power shuts off. 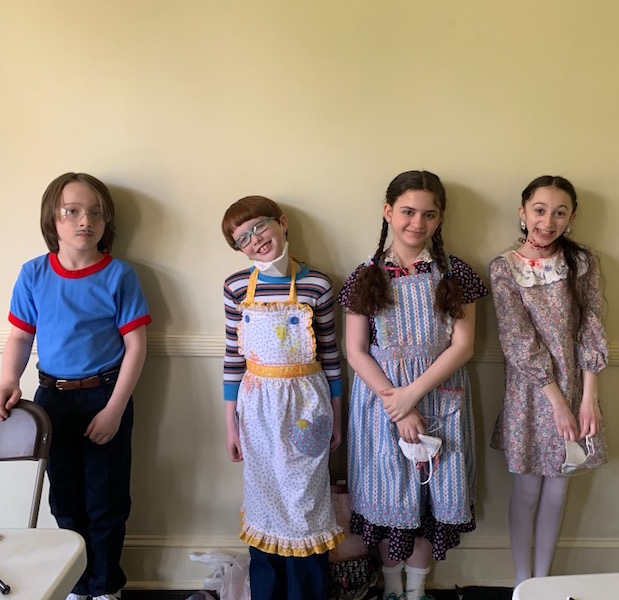 Jackson with other cast members from the scene.

Later in the episode, the two are seen in the kitchen again, laughing as their dad puts out a fire in the pot Peter was working in with a fire extinguisher, while the kids laugh in the background.

“I was nervous, but it was a very fun experience,” he said. “There were so many kids in those scenes, which helped, and many were younger than me.”

Although Jackson only appeared in about 20 seconds of the show, it was a big deal for him and it was one that didn’t come without a lot of hard work both as a kid finding a love for acting and throughout the two weeks he was on set filming.

A kid who also loves basketball and baseball, admitting basketball is his favorite, while baseball and acting are tied, Jackson got involved in acting at 5 years old.

“He liked it and thought it would be fun,” said his mom Jenny Watts. “The first one he did, he really liked it, and that’s when I thought, ‘Well, you know, this may be something fun for him to do.’ It’s like a hobby, like a sport.”

Since getting into acting, he has taken lessons through Acting Out Academy in Vestavia Hills and they eventually hired Gerra Avery from the Avery Agency to represent them.

Since, he has been in short films and commercials, before earning the role as Peter Bingham, and he is actually currently in a Dale’s Seasoning commercial that just started airing.

But earning the roles isn’t easy.

“You have to have tough skin,” Jackson said. “You have to be OK getting rejected. If you take it personal, it can ruin your acting.”

Jackson and his mom have gotten accustom to that train of thought and don’t expect anything from any of their auditions.

That was the case with Stranger Things as well.

According to Jenny, there were close to 1,500 submissions for the role Jackson was going for.

With the Stranger Things audition, they kept that same mindset and moved on after the audition, admittedly forgetting about it.

Two weeks later, however, is when Avery called with the unexpected news.

“I answered and was like, ‘What did we do wrong?” Jenny recalled. “I’m thinking we had done something. She said, ‘You didn’t do anything wrong, Jackson just booked Stranger Things.’ Of course, we were just in shock.”

That’s when the whirlwind began.

First, they finally sat down and started watching the show, quickly becoming addicted and binging it.

In addition to that, Jenny was filling out paperwork and sharing info, while they had to start a two-week quarantine.

They then made the trip to Atlanta to go through wardrobe and hair and makeup to determine looks that would work best in the scene, something that was entertaining for Jackson.

“It was like walking into a big warehouse full of clothes from the 1980s,” Jenny said. “The first thing Jackson did was ask if they had any Nike or Under Armour gear. We had to talk about how Nike was just starting to grow and Under Armour didn’t even exist.”

After finishing in wardrobe, they headed back home to Alabaster for a week before getting called back to Georgia for Jackson’s parts, which were filmed on location.

During his time on set, Jackson still had to do five hours of school each day with two different teachers, but outside of that, it was an experience like no other.

He had to wear a jacket to and from set to hide his wardrobe, he had access to Craft Services, which had all the food, drinks and candy he could want, he had his own trailer with the name Peter on it and he got to interact with all of the other actors filming those scenes with him. 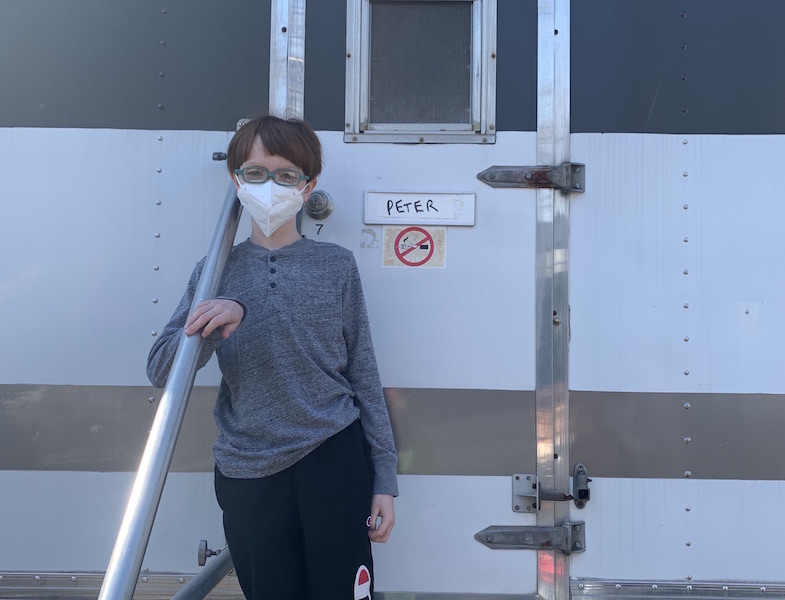 Jackson outside of his trailer.

“A lot of people don’t realize all the things that go into a production,” Jenny said. “You know, ours was a very small little role and there was still a lot. Netflix did a great job though. It was well organized and everybody was so nice. The experience was wonderful and the cast was all so nice.”

After it was all said and done, Jackson came back home and went back to school like a regular 11-year-old, and mom said she still tells him to clean his room and do all of his normal chores.

He was able to buy some Air Pods with the money he earned, while the rest is being saved for school, and he’s seen other perks like his baseball team chanting “Movie star” when it’s his time to bat and his orthodontist asking for an autograph.

For Jackson, however, being seen in the most-streamed show across the world didn’t make a difference to him. As cool as it was, he just enjoyed how much fun it was and said acting is still just a hobby for him.

“I have a lot I want to pursue, including basketball and baseball,” he said. “With acting, if you’re going to pursue it, you have to really focus on it.”

For now, you can catch Jackson being the normal 11-year-old playing baseball in the Oak Mountain area or attending class at Briarwood Christian School.