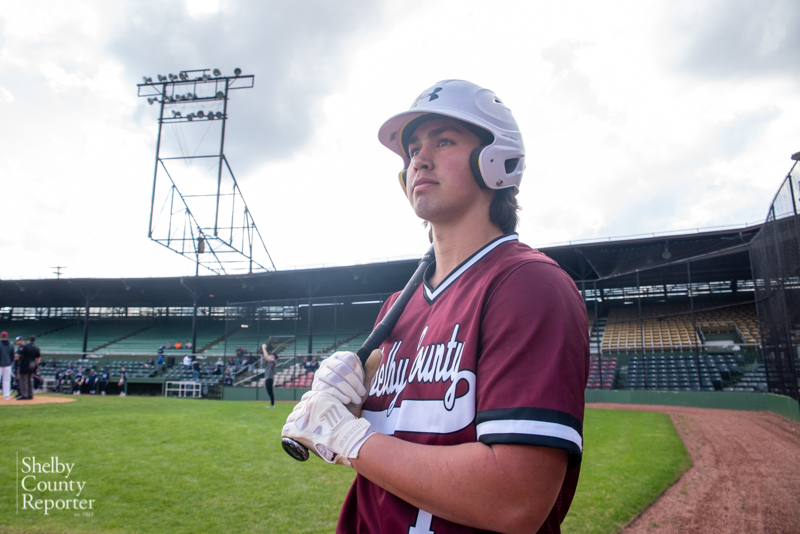 The 2022 All-State baseball team was released early Sunday, June 12, and 10 local players were recognized on the list for their effort during the season, while one head coach was honored.

This year’s list, which is compiled by the Alabama Sports Writers Association and is meant to honor the state’s top players, featured three players on their respective classification’s first team, four on the second team and three honorable mention players.

Only two teams had more than one player recognized, and they were the two teams to spend the majority of the season inside the top five of their respective classification’s top five—the Shelby County Wildcats and Vincent Yellow Jackets.

The Wildcats, who were No. 1 in Class 5A for the majority of the season and had the county’s most players on the All-State this year with three athletes making the list.

Matthew Pearson was the lone Wildcat to make the Class 5A First Team, making him one of three local players to make a first team this season.

The Wildcats also had two make this year’s second team in the classification.

Jacob Fox and Carter Sheehan, both juniors, were the two to be recognized as a pitcher and infielder, respectively.

Not only did Fox have the county’s highest win total, but he did so without losing the game thanks to an 11-0 record this season. He finished the year with a 2.13 ERA and totaled 68 strikeouts on the season.

Sheehan also had a big season at the plate, finishing with an average of .420 at the plate. He ended up leading the county in runs scored with 58, while he totaled 42 hits and 26 RBIs. He also led the county with 31 stolen bases.

Vincent was led by Eyan Davis on this year’s Class 2A First Team, while Zac Carlisle was named an honorable mention player in the classification.

Carlisle also had a monster year at the plate with a .479 batting average to finish second in the county behind his teammate. He totaled 57 hits, which led the county, and 13 doubles, which was second in the county, while he also added five triples, two home runs, 43 runs scored and 35 RBIs. He also stole 25 of 27 bases safely.

Noticeably missing from this year’s team was Vincent’s Aiden Poe, who was named the county’s Pitcher of the Year as a freshman.

He put together an impressive 9-3 record and led the county with 96 strikeouts and an ERA of 1.47. He finished the season with a county-high seven shutouts and had one no-hitter as well. He was also powerful at the plate with a .340 batting average featuring 36 hits and 29 RBIs, but missed out on this year’s team.

Outside of those two teams, Thompson, Spain Park, Pelham, Helena and Briarwood all had one player recognized this season.

Thompson had the county’s other first-team player with Drake McBride earning a spot on this year’s Class 7A First Team.

McBride was a clutch hitter for the Thompson Warriors, totaling 41 RBIs on 41 hits this season. He finished with a batting average of .342 behind 10 doubles and six home runs, while he scored 30 runs and stole 12 of 12 bases safely.

Spain Park’s Cole Edwards, this year’s Hitter of the Year in Shelby County, made the second team.

Against some of the state’s best pitchers, he hit .421 this season with 45 total hits, including six doubles, four home runs and three triples. He finished the season with 32 RBIs. He also scored 29 runs and stole 21 of 24 bases safely while adding 24 walks.

In the 6A classification, Pelham’s Christian Pritchett, Helena’s Ryan Storey and Briarwood’s Brady Waugh were all honored.

Pritchett, who was a leader during this year’s run to the state championship series, batted .302 at the plate behind 32 hits to earn a spot on the Class 6A Second Team. He drove home 24 runs and scored 18. He totaled seven doubles, three home runs and one triple. He was also the top pitcher for the Panthers with a 7-3 record and a 2.33 ERA, totaling 48 strikeouts.

As for Storey, he was key for Helena this year with a .315 batting average, while he totaled 28 hits, 27 runs scored and 11 RBIs in 89 at bats. That was enough to earn him an honorable mention nod.

Waugh missed some time for Briarwood this year, but he was one of the most powerful bats in the state.

He batted .463 at the plate with 32 hits and 19 RBIs in just 20 games and 69 plate appearances to earn an honorable mention spot.

In addition to those 10 players, Pelham head coach Sean Anderson was honored as the Class 6A Coach of the Year.

Anderson helped take his team from a losing record late in the season to a magical run that ended in the state championship series.

It was an impressive turnaround for the team, as Anderson was able to keep his confidence in the team, which led to the players finding their own belief and putting together a fun and entertaining run that saw them take down two of the state’s best teams in the playoffs.