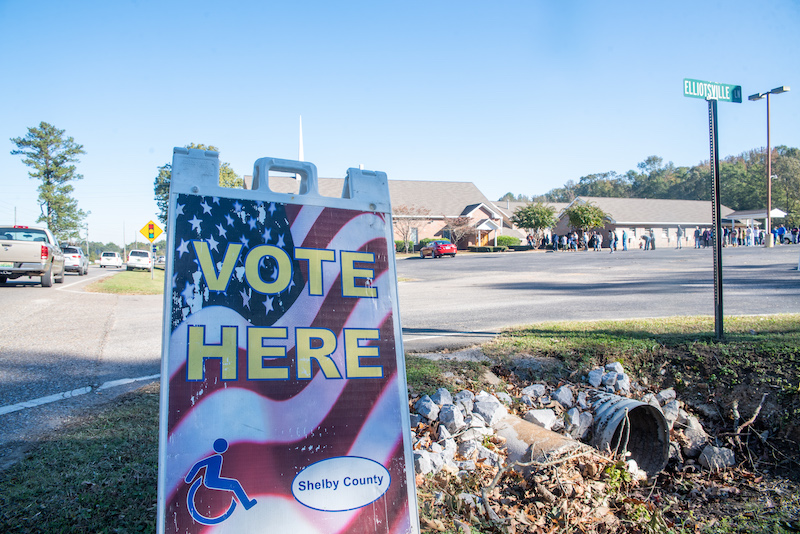 Earlier this week, it was reported that voter turnout for the Primary Election on Tuesday, May 24 was significantly lower than years past.

This year’s 23.35 percent is the second lowest primary turnout in a governor election year for the state since 1986.

Full confession: I enjoy voting. I know, I’m a freak, but I really do enjoy letting my voice be heard. Some may call that narcissism, I call it democracy.

I was honestly surprised to find out how low the voter turnout is because, in case you haven’t noticed, there are a lot of issues happening right now that people should care about and they are things you most definitely should vote on. I was also surprised by the low turnout because with all of these issues that are plaguing (no pun intended) our country, people have just had a ball complaining, whether in person or online.

But almost none of you showed up. I heard the usual excuses like, “Oh, I just didn’t have time,” or “Oh, I forgot it was voting day,” but the most common one I heard was, “I just didn’t see the point.” That mindset is part of the problem.

Look, I know gerrymandering is ridiculous and I know depending on the state you’re in, it’s almost guaranteed to go a certain way, and that can seem really discouraging for some. But if everyone thought, “What’s the point about voting,” nothing would get done and no changes would be made. Here’s where the opinion part of this opinion column comes in: if you don’t exercise your right to vote, you don’t get to complain. If you refuse to take part in the activity that can help make a difference in the things you love to complain about, you don’t get to complain.

Here’s an analogy I used on a friend the other day: If you go to a party and everyone is asked to chip in for pizza, and you say, “Oh, I’m not going to have any pizza, so I’m not chipping in,” then you don’t get to complain an hour later that there’s pineapple on the pizza. Ergo, if you do not vote to try and change the issues that are prevalent in our society, then you don’t get to complain that things are the way they are.

Everyone loves to brag that America is the best country in the world because of our freedom to vote, but how can we be the best when people don’t even exercise that freedom? If the presidential election in 2020 taught us anything, it’s that when people actually care to go vote and when everyone’s voices are heard, change CAN and will happen. I know it’s five months away, but come November when it’s time to hit the polls, get out and vote. Go alone or take a friend or even volunteer to help take people who may be limited in transportation to go vote. Remember, if you don’t vote, you can’t complain, and I know some of y’all LOVE to complain.