Nathan Tozzi earns Player of the Year in Shelby County 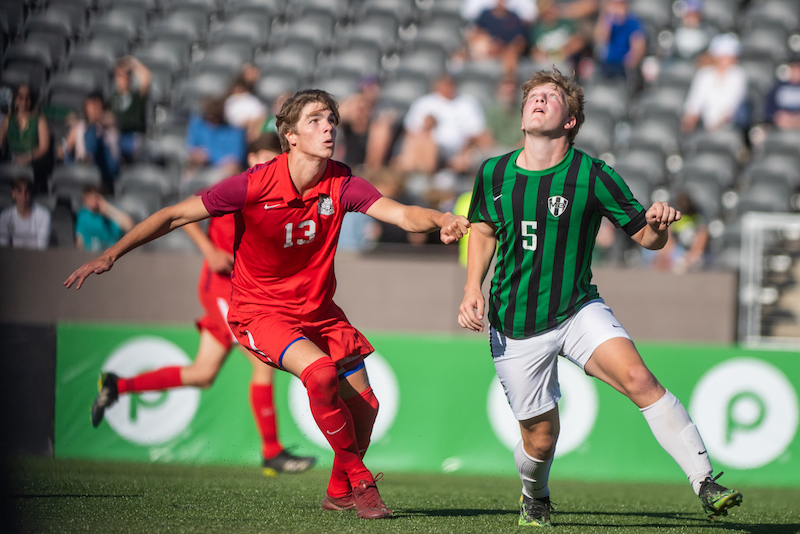 Indian Springs senior Nathan Tozzi has been named this year’s Shelby County Player of the Year in boys soccer after leading his team to a second consecutive state championship. (Reporter photo/Keith McCoy)

With his team battling for a second consecutive state championship, Nathan Tozzi found a clutch gene for Indian Springs in both the team’s Final Four matchup against Montgomery Academy and State Championship battle with Russellville.

In a penalty-kick shootout against Montgomery Academy, who was ranked No. 1 in the classification, he made a clutch PK shoot to help give his team a win.

Then, a night later, he scored the team’s lone goal in another PK early in the game, then turned into an energizer bunny the rest of the way, fighting through tired legs to help his team hold off a furious pace from Russellville to repeat as state champs.

That was just part of a remarkable senior year for Tozzi, earning him this year’s Shelby County Player of the Year honor for boys soccer.

He helped Springs finish the season 21-2-5 this season and was part of a special last two years that has seen the team go 45-4-6 en route to winning the Class 4A-5A championship both years.

This year, however, he stepped up as the team’s leader in the middle of the field.

He finished second in goals on the team by one to last year’s Gatorade and Shelby County Player of the Year winner Jackson Nabors, while he finished with the team lead in assists.

His 28 goals were not only the second best mark on the team by just one goal, but his 20 assists led the county, while he was also key in propelling attacks to Nabors and controlling the middle of the field by shutting down opponents for a team that gave up just 15 goals with 18 shutouts this season.

Earning the award was a tall task competing in a county that had three teams playing for a state championship, including 7A Oak Mountain and 6A Pelham.

Teammates Sims Tosh, arguably the state’s top keeper, and Nabors both challenged him closely for the top award, while Pelham’s Alejandro Hernandez was right alongside him as the top defender in the county this season.

Tozzi, however, got the edge because of how well-rounded he was in all facets of the game this season for one of the best teams regardless of classification.

Not only did he have success in leading Springs to the 4A-5A title, but because the team played one of the toughest schedules in the state featuring top-10 and No. 1 teams from every classification, that only helped his chances and highlighted even more the talent he possessed.

Tozzi is going to play collegiate soccer in the next two years, but before that day comes, he is now headed to join the Birmingham Legion to play professional soccer and remain in the Birmingham area—a huge accomplishment.

Not only was winning this year’s Player of the Year award earned against the best teams, but he did it in one of the best counties in the state for soccer, making him one of the best regardless of classification.