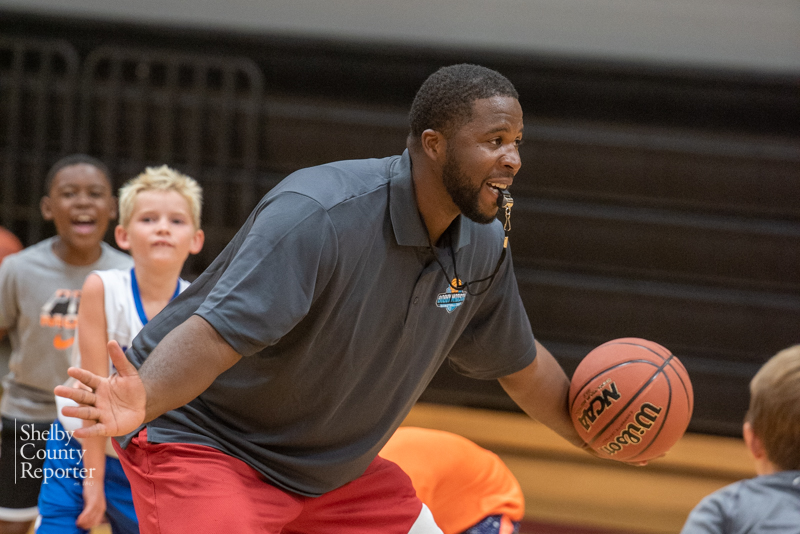 COLUMBIANA – One of the county’s most storied summer sports traditions will return to the city of Columbiana June 27-30 at Shelby County High School.

It’s the Bobby Madison Basketball Camp, which will now be in its 12th year as one of the area’s most popular individual summer sports camps.

During the four-day camp, those in attendance won’t just gain a better understanding of the game, but Madison and his all-star cast of coaches who join him each year will teach them how to apply the sport to life and how to be a great teammate.

“That’s what it’s about. Basketball teaches us about teamwork, hard work and life,” Madison said about last year’s event. “I was blessed with the opportunity to travel the world and play this sport. Being from this small town, I never imagined seeing some of the places I’ve seen. So for me, to see the excitement and joy and know I could be impacting their lives to aspire to do something similar means the world. I get more out of it than they do by seeing their joy. This camp is about people coming together to give the kids the best opportunity.”

Last year marked the return of the event for the first time since COVID-19 after the camp celebrated 10 years in 2019.

“Seeing the excitement on their faces, I couldn’t help but smile right away and throughout the day,” Madison said following the event’s successful return last year. “Just to be back in the gym after what we’ve gone through with COVID and all that. Just seeing the kids back in the gym playing basketball, it was special.”

He was so overcome with joy to see all the shining faces in attendance after being forced to cancel last year’s camp that he became even more hands on with teaching this year.

“I was running around like I was 19 again, and I definitely realized I’m not,” Madison said. “When I got home I was feeling it. But it was such a joy. We’ve been locked up in the house for so long, so just to be able to have the outlet to teach these kids about basketball and resiliency, it was great.”

In its 12 years, the camp has turned into one of the most popular youth camps in the Birmingham-metro area with more than 100 campers attending the week each year to learn from one of the county’s greatest success stories in the sport.

After a successful run for the Wildcats in high school, Madison found himself traveling an hour-and-a-half to the east to attend Southern Union State Community College to continue his athletic career. It didn’t take long to cement himself as a strong player there either as those same hard-working skills came out.

His dedication to the game was noticed, which led him to being able to continue his career again as he moved on from the JUCO school and traveled a little bit further away from home to Kalamazoo, Michigan to the campus of Western Michigan University.

Madison spent his last two years of collegiate eligibility playing for the Broncos and played an integral part in their 2003 run to the NIT, their 2004 conference championship and 2004 NCAA Tournament appearance.

Now, he pours back into the game and his hometown community, where his wife is also principal at the city’s elementary school, to help give younger kids with dreams the opportunity to chase them just like he did.

There will also be a skills clinic that will take place on Tuesday, June 28, and Thursday, June 30. The two-day clinic will cost $30 per participant. To register, visit Forms.gle/g6Q6xwmyZW7RugtB6.