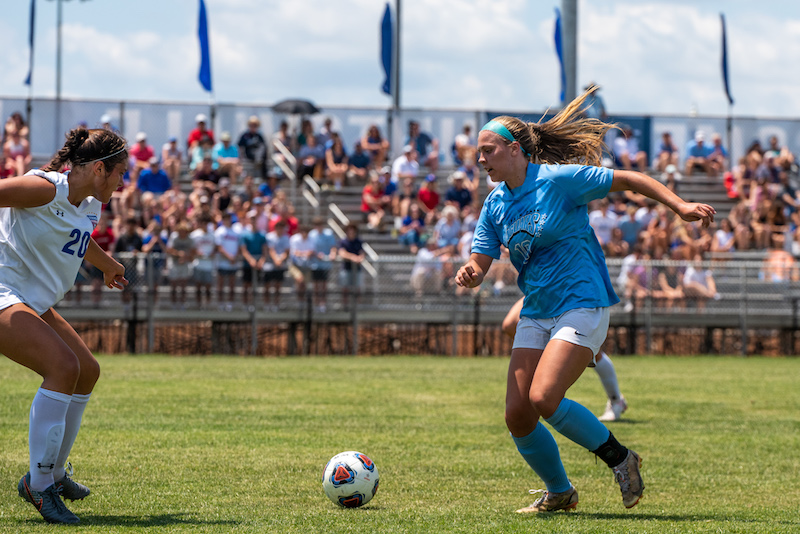 The best players typically put together their best performances in the biggest moments, and that’s exactly what Spain Park’s Tatum Ahlemeyer and Indian Springs’ Norah Roller were able to do in this year’s Final Four.

Already two of the best players in the state, the two put together special efforts during the semifinal and state championship games for their respective teams to help them claim state titles to cap off the 2022 season.

Ahlemeyer did so by scoring three of her team’s six goals in the Final Four and assisting on another, while Roller put together back-to-back hat tricks to score six of her team’s nine goals.

That was more than enough to cap of a season in which both earned the right to be called this year’s Player of the Year in Shelby County. 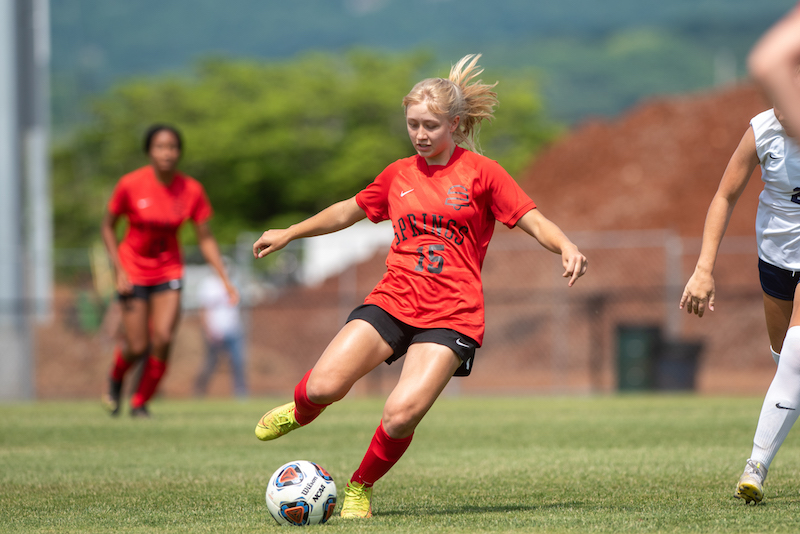 Roller led the county with 47 goals this season, which played a key role in helping lead Springs to the Class 4A-5A State Championship. (Reporter photo/Keith McCoy)

The two are sharing this year’s honor after special runs as leaders of their respective teams, as Ahlemeyer did so for the Jags en route to the Class 7A title, while Roller did the same on the way to a 4A-5A title for Springs.

Playing at the highest level of competition in the state, Ahlemeyer took on the best teams this year, playing against several top five teams in both the 6A and 7A classifications.

Despite the challenges against the elite talent, she scored 28 goals as the clear offensive leader for the Jaguars, while she also pitched in eight assists.

It was an effort that helped Spain Park take down four consecutive teams ranked inside the top 11 at the end of the rankings, including the other two teams in the top three—Oak Mountain and Vestavia Hills.

She scored more than half of the team’s 47 goals this season.

Similarly, Roller was an offensive force for Indian Springs.

She wasn’t just the county’s top player, but she also was one of the top goal scorers in the state.

The junior for Springs totaled a county-high 47 goals this season and put together 12 assists.

Impressively, she notched hat tricks in back-to-back games in the Final Four to help Indian Springs walk away with the title.

In the semifinal game against St. James, her hat-trick goal came in the second overtime, giving Indian Springs a 4-3 victory and a spot in the championship a day later.

Now confident, she scored three more against East Limestone and helped her team put together a 5-0 championship shutout.

Her presence was key for an offense that scored 124 goals during the 2022 season.

All of those players put together impressive seasons that saw each score more than 30 goals during the year.

Ahlemeyer and Roller, however, were able to lead their team to the championship game, which ultimately made the difference in earning a share of this year’s top award.