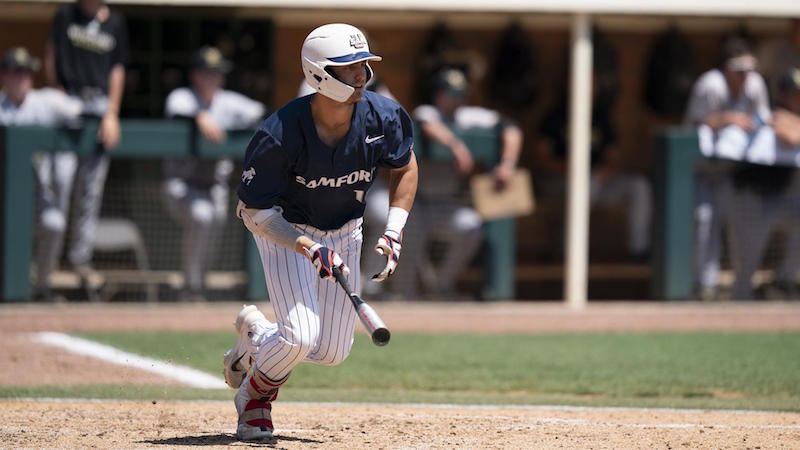 Former Spain Park star baseball player Colton Ledbetter has announced he will be transferring to Mississippi State for his junior season after a remarkable season leading Samford during 2022. (Contributed/Samford Athletics)

A former county baseball star will now get a crack at the Southeastern Conference after an impressive sophomore season with the Samford Bulldogs.

Colton Ledbetter, who was a standout locally at Spain Park High School before graduating in 2020, is now headed to Mississippi State University to join the Bulldogs following an All-Conference season in the SoCon this past spring.

As a sophomore at Samford, Ledbetter left his mark both at the plate as one of the team’s leading fielder and in the field as an impressive defender, even earning a spot in the SportsCenter Top 10 for one home-run robbing catch.

During his sophomore season, he started all 57 games for the Bulldogs and finished second on the team with a batting average of .318. In addition to those staggering numbers, he led the team with 67 hits, 16 home runs and 57 RBIs.

Ledbetter also held an OPS of 1.047, which also led the team, while he scored a team-high 51 runs and put together an impressive team-leading slugging percentage of .640. He also finished second on the team with 14 stolen bases and 30 walks, while he tied for the team lead with 16 doubles and two triples.

His success also featured a new single-game and tournament record.

During the regular season, he had a nine-RBI game against Western Carolina, which was a new SoCon record for most RBIs in a single game.

He then followed that by matching the effort in the SoCon Tournament, setting a new tournament record for most RBIs in a tournament game.

Now, Ledbetter will look to carry that success to Starkville next spring, as the Bulldogs hope he will be a key addition in helping them return to the form they showed en route to winning the 2021 National Championship.