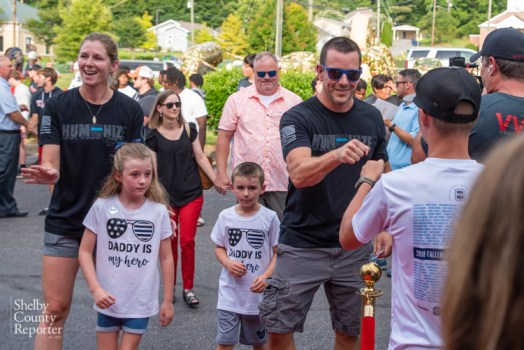 Champy’s Chicken hosted the sixth annual Alabaster Police Appreciation Dinner on Tuesday night, June 14. Every officer in attendance at this year’s event went home with a minimum of a $25 gift card, a free dinner and at least two prizes. (Reporter photo/Keith McCoy and CONTRIBUTED/ALABASTER POLICE DEPARTMENT)) 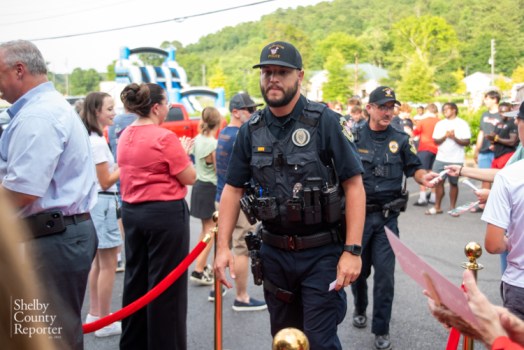 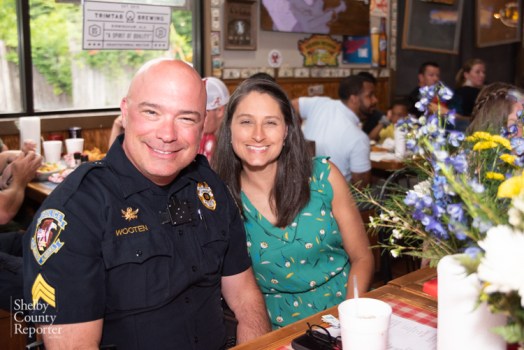 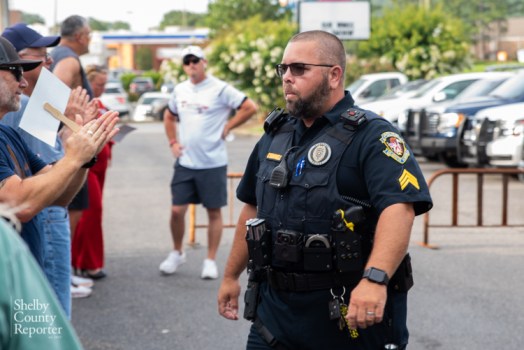 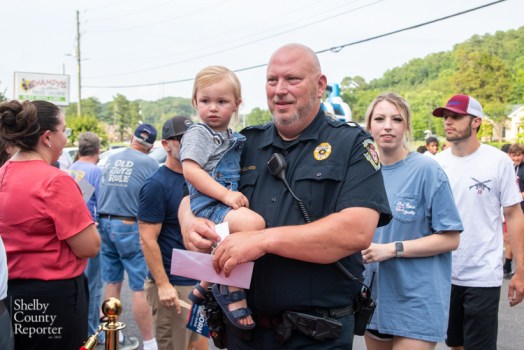 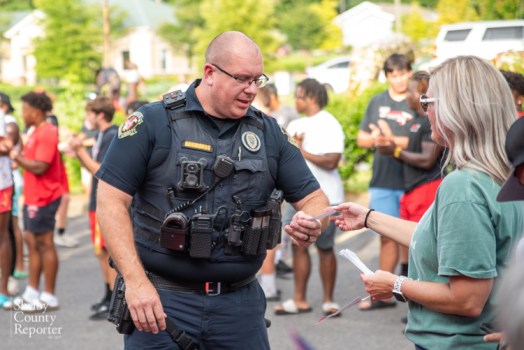 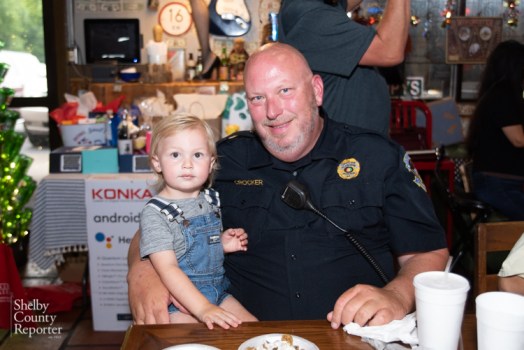 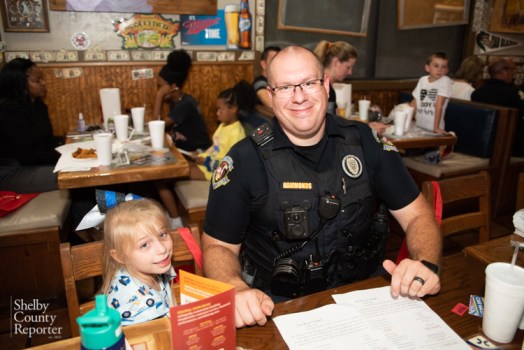 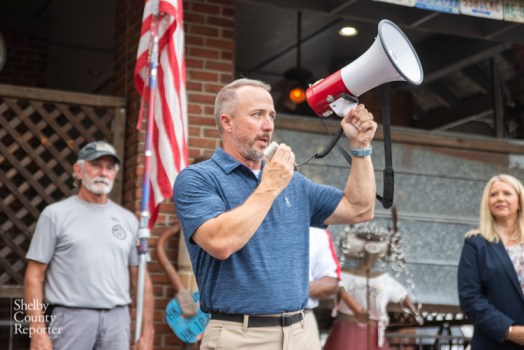 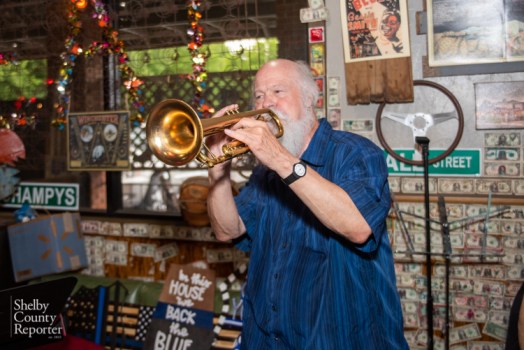 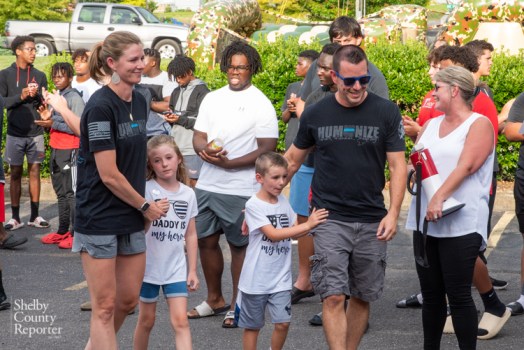 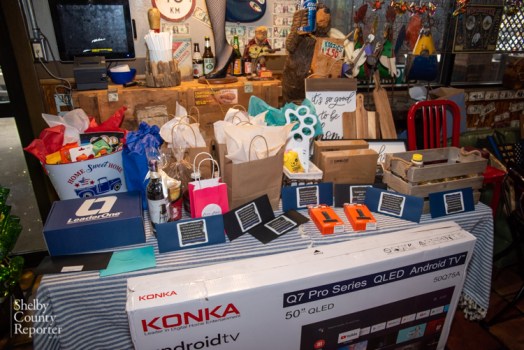 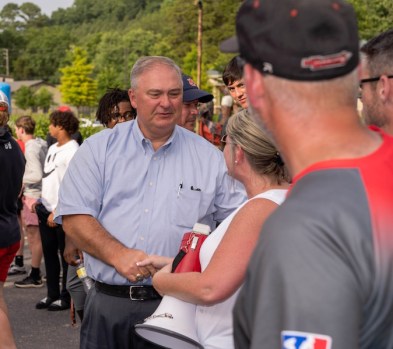 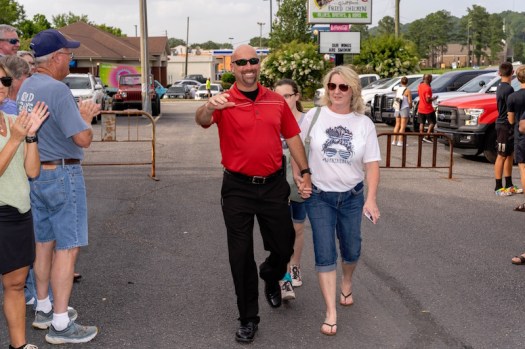 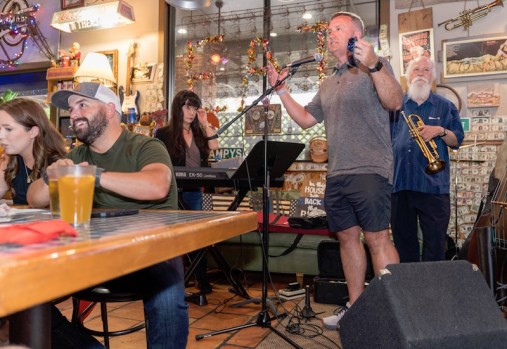 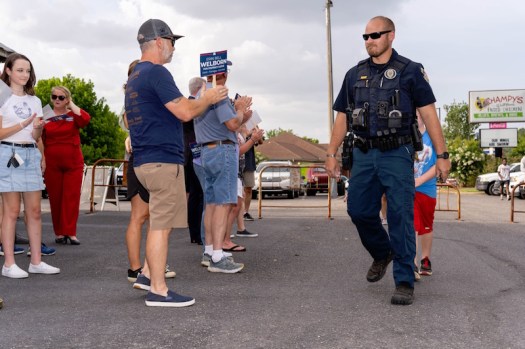 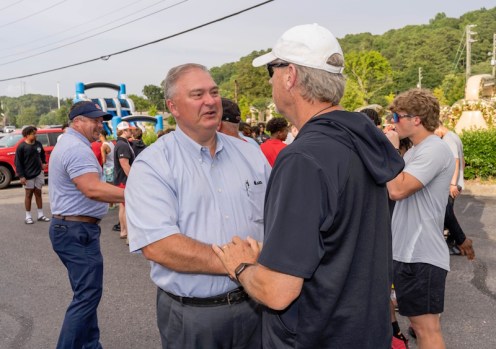 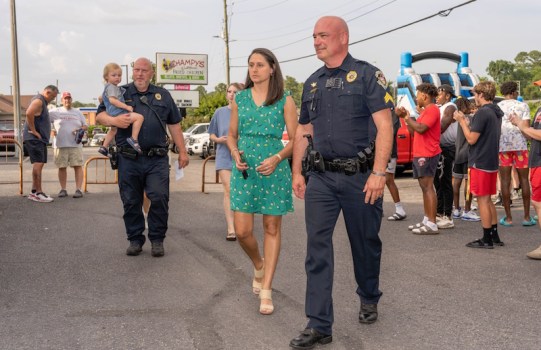 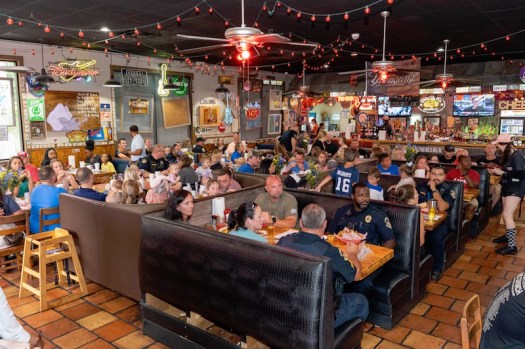 The restaurant was alive with energy as members of Thompson High School’s mountain bike team and football team stood near the entrance, clapped and cheered as each of the 50 officers walked inside to enjoy a free dinner with family members.

According to Dena Bedsole, event coordinator, a total of $11,500 was awarded in cash prizes, and each police officer in attendance went home with a minimum of a $25 gift card, a free dinner and at least two prizes. In addition, officers on duty that evening were sent to-go meals and tickets to win prizes so that everyone would be included.

“There was not an empty seat, literally, in the restaurant, and all the police officers brought their entire families,” Bedsole said. “You could not fit another person in there. It was awesome.”

Bedsole wished to recognize the event’s major sponsors, including Cultivate Church, who paid for the dinner, Marc-1 Car Wash for providing a $25 gift card for all 70 officers, Vulcan Steel Products for making a sizable donation, and Champy’s for providing the venue.

“The service they (Champy’s) provided was amazing,” she said. “They provided live music and beer as well.”

Numerous other community sponsors helped to make the event possible, Bedsole added, and childcare was provided with two bounce houses on the premises.

She said interest in the event has built upon her original motivation for starting the dinner, which was to show appreciation to police officers in a time when officers were “essentially disliked and hated.”

“I would say the motivation behind it now is we realized how much the police officers love it and want to have their dinner each year,” Bedsole said. “It’s like their employee picnic each year, except they get more fun prizes.”