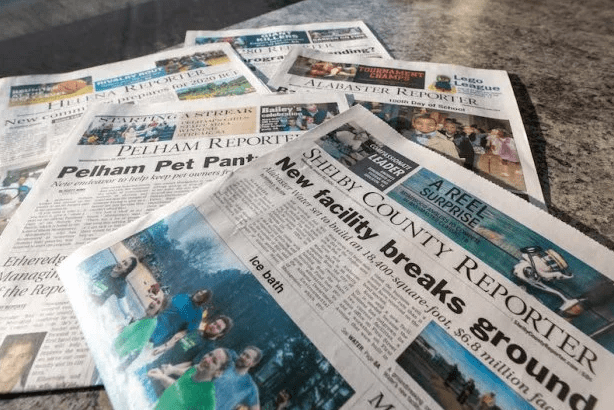 Congress has an opportunity to pass legislation that benefits all local citizens, businesses and even protects our democracy. The Local Journalism Sustainability Act, LJSA for short, should be included as part of any upcoming reconciliation bill that Congress is considering.

The LJSA is a well-thought-out bill that would provide needed support to local news organizations, including local newspapers, to ensure their viability as they continue to make progress toward a digital future.

Many members of Congress have seen what happens when a newspaper closes in their district, and they see the impact it has on the community. That is why many of our leaders, including Senators Cantwell, Schumer, Manchin, Wyden and others have stepped up in support of the LJSA. And while others in Congress may not have signed on as cosponsors of the bill yet, many recognize the importance and the need to maintain strong local news organizations in their communities.

To understand what the LJSA is, it is important to understand what it is not. This is a temporary measure to help newspapers at this critical time, and it sunsets after five years. The LJSA won’t help national news organizations, but it will support local news organizations and help them invest in their newsrooms in order to continue to cover the issues that impact local cities and towns. The result is a bill that provides a bridge for local newspapers as they continue to evolve their business models.

So why is it so critical for Congress to pass the LJSA now? Quite simply, the future of local newspapers in many areas of the country hangs in the balance. In the past 15 years, more than a quarter of all newspapers have disappeared, and many more have been forced to make staff reductions that have diminished the coverage of topics that impact local citizens.

The current economic challenges have only hastened the need for Congress to act on the LJSA quickly. As inflation is impacting everyone, it has made the environment for local newspapers even more challenging. The cost of retaining employees has gone up. The cost of newsprint has increased 30% over last year, and the cost of gas used to deliver the newspaper is up more than 50% in the past two years. Many newspaper carriers drive hundreds and even thousands of miles each week. These increases have driven many local newspapers closer to making further reductions or even cease operations.

Who wins with the passage of the Local Journalism Sustainability Act? Clearly, local newspapers win by obtaining the support needed to continue their investments in reporting on local news. But the real winners are the communities that keep their local newspaper. From watching the actions of local government, reporting on the state of local schools, tracking local health trends or providing the latest restaurant reviews and sales information, local newspapers keep a community connected and informed.

We encourage everyone to reach out to their representatives in Congress and ask them to support local journalism. In Shelby County, the congressman is Rep. Gary Palmer, who can be contacted at reppalmer@mail8.housecommunications.gov.

Whether it is the inclusion of the LJSA in the budget reconciliation bill, or a stand-alone bill, the time for action is now. It’s a rare opportunity for the government to act on something that benefits us all.

America’s Newspapers is the trade association for newspapers across the United States. Newspapers.org