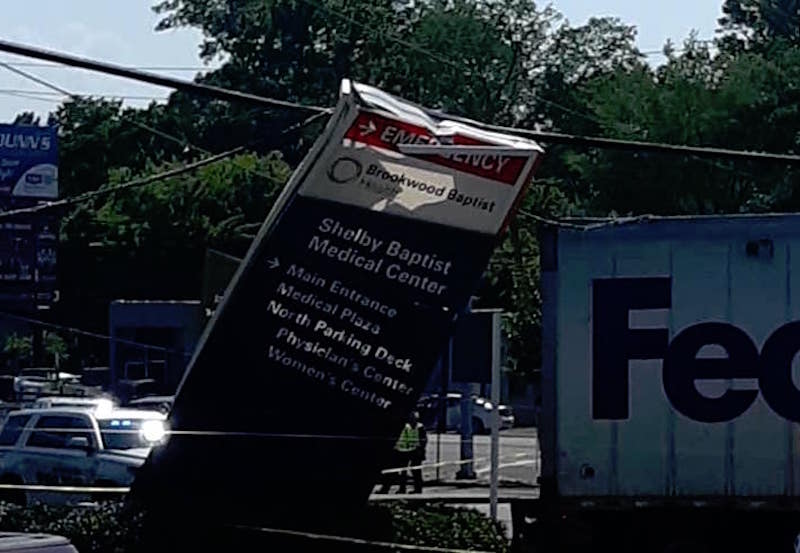 ALABASTER – More than 100 businesses and some residential areas were without electricity Thursday afternoon when a delivery truck struck a substation in Alabaster.

The incident occurred around 3:15 p.m. when a substation near Shelby Baptist Medical Center was struck.

A representative with Alabama Power said some customers had an alternate power source routed to them within one-and-a-half hours of the impact, but the remaining individuals and businesses were not fully restored with electricity until midnight Thursday.

The Alabaster Police Department and Alabaster Fire Department responded to the initial incident to secure the area, and APD officers directed traffic at several intersections along U.S. 31 throughout the afternoon due to most traffic lights being without power for a significant portion of the day.

Shelby Baptist Medical Center lost power, including air conditioning, while many businesses at the Alabaster Promenade were also affected, including the Amstar Cinemas and Azaleas of Alabaster.

The APD reminded motorists that if an officer was not directing traffic at a non-functioning traffic signal to treat the intersection as a four-way stop.