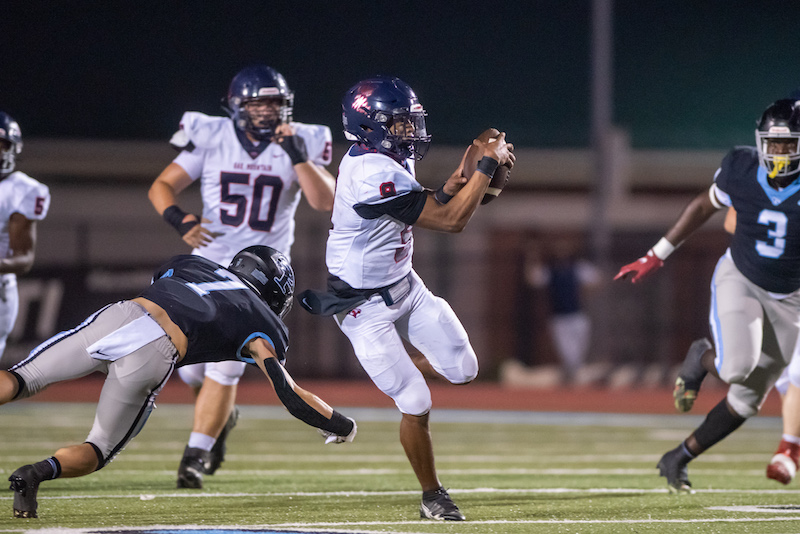 Evan Smith has been named the Shelby County Male Athlete of the Year after a spectacular season for the Oak Mountain football season in addition to his contributions on the basketball court. (File)

When he arrived on the scene as a freshman, many had heard about a secret weapon the Oak Mountain Eagles were prepared to roll out for the 2018 football season, but nobody knew what to expect.

Then, Evan Smith took to the field in the first game as the starting quarterback as a ninth grader, and it became obvious—we were seeing one of the best athletes in the state.

At that point, he established himself as a future star at a young age, and one of the toughest quarterbacks to prepare for in the state.

Now, four years later, he is Shelby County’s Male Athlete of the Year after completing a stellar career with the Eagles that was capped off with a historic run during his senior season.

And it was largely what happened with Smith off the field, and even off the basketball court, that showcased just how talented he was and how much both teams missed his leadership. 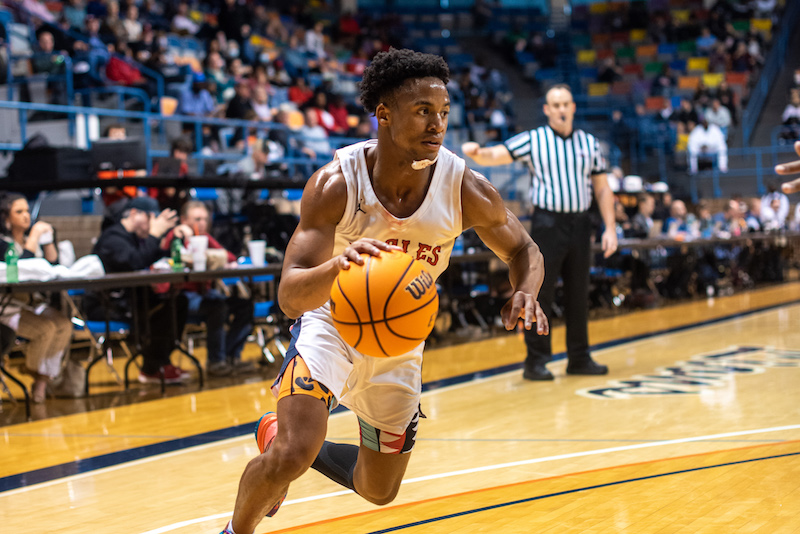 Through the first seven games of the 2021 football season, Oak Mountain was 6-1 overall and scoring an average of 30.1 points per game.

The only loss came in a 28-21 loss to Hoover, who ended the regular season No. 1. In that game, he showed he could help the Eagles compete with one of the top-two teams in the state, scoring all three of his team’s touchdowns and totaling 209 of his team’s 315 yards.

Early in the game against Thompson, who was No. 1 at the time of the meeting and went on to win the state championship, Smith went down with an injury.

For the remainder of that game and the next two weeks, the Eagles scored one combined touchdown, losing to the Warriors, Hewitt-Trussville and Clay-Chalkville by a combined score of 124-7.

Then, Smith arrived back in the lineup for the first round, and all he did was lead his team to a 38-35 win against No. 5 James Clemens for a spot in the Class 7A quarterfinals.

In that win, he totaled 182 passing yards and 246 rushing yards with his second five-touchdown game of the season. It also marked the first time in school history the Eagles had made it to the second round in back-to-back seasons with Smith leading the way both years.

That performance alone, after three weeks of scoring just seven points, showed what he meant to his team.

He went on to finish the season with 1,110 rushing yards on 98 carries, which was good enough for 11.3 yards per carry and 123.3 yards per game, with 17 touchdowns. He also had his best season as a passer, throwing for 1,184 yards and 11 touchdowns and led the Eagles to the quarterfinals of the 7A playoffs before losing to eventual state champion Thompson.

He did all of that in nine games, missing three, and with every opponent knowing focusing on shutting him down was the key to beating Oak Mountain.

And despite still recovering from his injury, and already committed to Northwestern University with nothing left to prove, Smith still suited up for the Oak Mountain basketball team.

He missed a lot of early action and never was 100 percent during his final season, but he still stepped up to be there for his teammates, playing a key role as a leader and contributor to help the Eagles reach the Elite Eight for the third year in a row.

In both sports, he was typically the most athletic player on the field or court, and one of the most difficult to defend because of his agility. That was more than enough to make him this year’s winner.