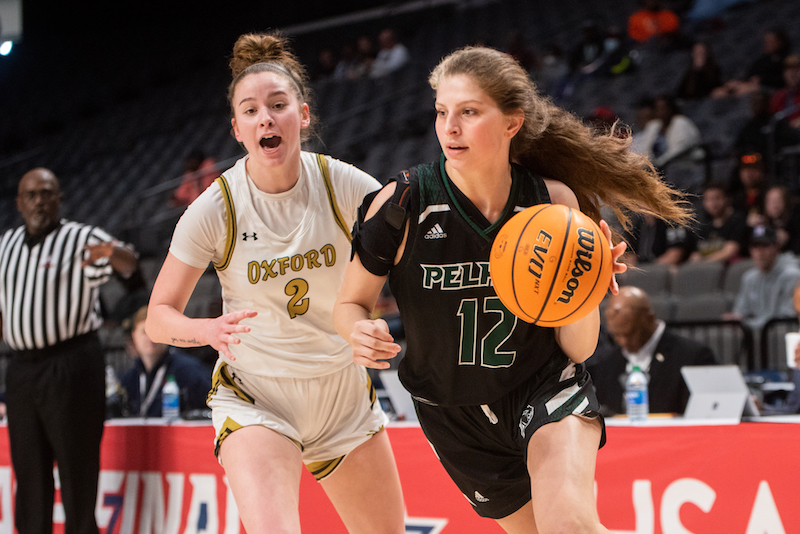 Pelham’s Victoria West competes in this year’s Final Four against Oxford. She was recently named a recipient of the $3,000 Coca-Cola UNITED Scholarship. (Reporter photo/Keith McCoy)

PELHAM – A recent Pelham High School graduate will be heading off to college with some extra money after earning a special scholarship from Coca-Cola Bottling Company United, Inc.

Victoria West, who graduated from PHS in May, was named the recipient of a $3,000 Crawford Johnson III and Walker Johnson Jones Scholarship on behalf of Coca-Cola.

As the daughter of Birmingham Coca-Cola associate Barbara West, Victoria became eligible for the scholarship.

“Coca-Cola UNITED has been a family-focused company for 120 years,” said Alan Lincoln, Birmingham Coca-Cola Sales Center Manager. “We are very pleased to have the opportunity to provide college scholarships to the children and grandchildren of our associates.”

Every year, 20 children, stepchildren, grandchildren or step-grandchildren of Coca-Cola UNITED associates are selected to receive either a $5,000 or $3,000 scholarship, renewable over four years. Scholarships are awarded on the basis of academic performance, leadership, extracurricular activities and service.

In addition to her academic success at Pelham High School, West was also two-sport star for the Panthers, playing both basketball and volleyball.

She helped both teams reach successful marks in her time at Pelham, including deep runs with the volleyball team in the playoffs and leading the basketball team to the Final Four for the first time in school history.

During that first trip to the Final Four, this past season, the senior not only was key in the team’s success, but narrowly helped them pull off a magical comeback in the game and finished as the team’s leading scorer in the game with 17 points.

Coca-Cola UNITED established the Crawford Johnson III and Walker Johnson Jones Scholarship in 1995 in honor of former CEO Crawford Johnson III’s retirement and his 45 years of service to the company.  The scholarship expanded in 2014, when Johnson’s daughter, former UNITED Community Relations Director and current Board of Directors member Walker Johnson Jones, retired after 34 of years of service.

The program is a testament to the company’s commitment to education and its focus on associates and their families across its six-state bottling territory.