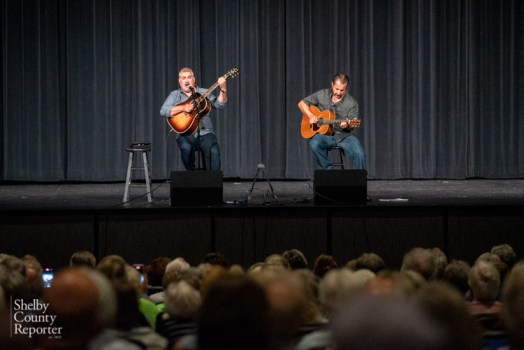 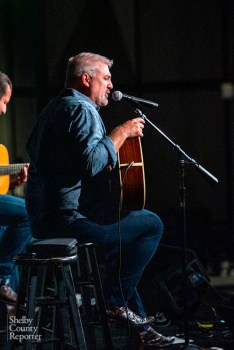 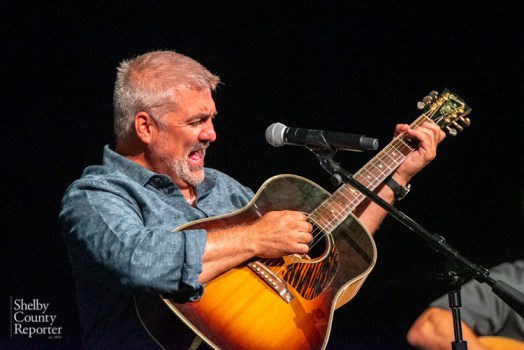 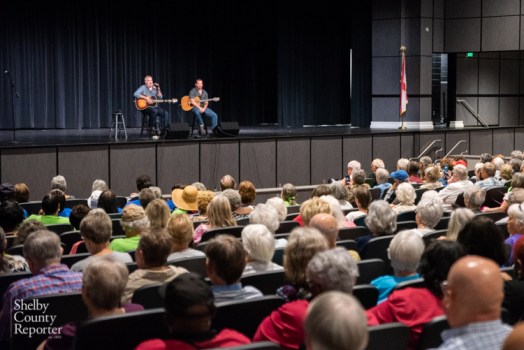 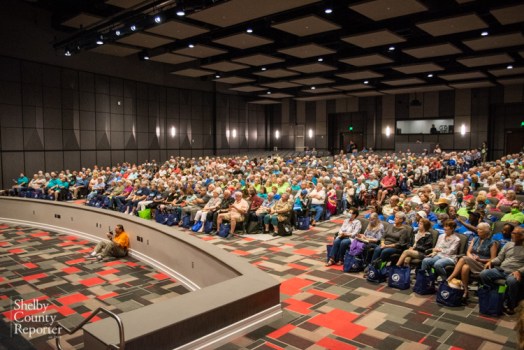 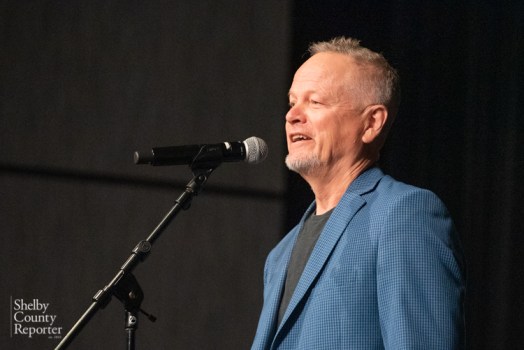 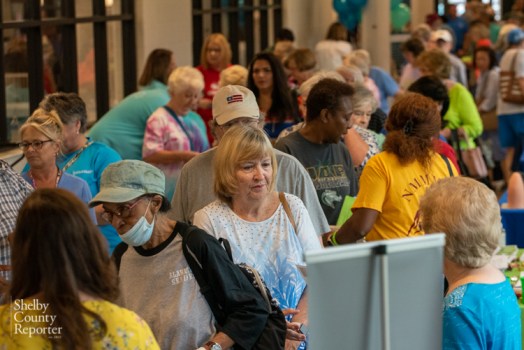 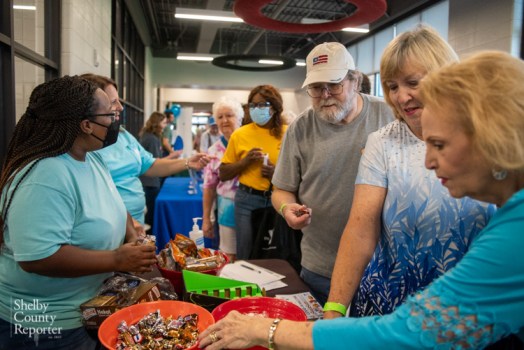 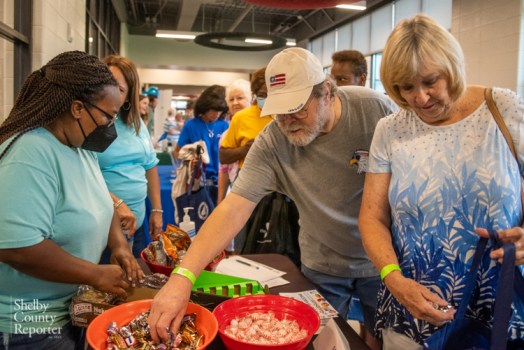 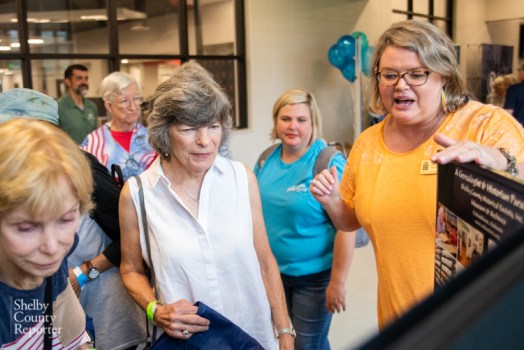 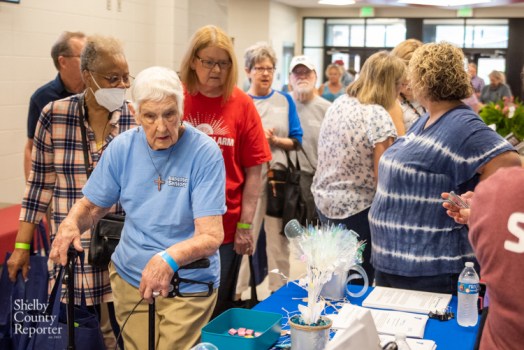 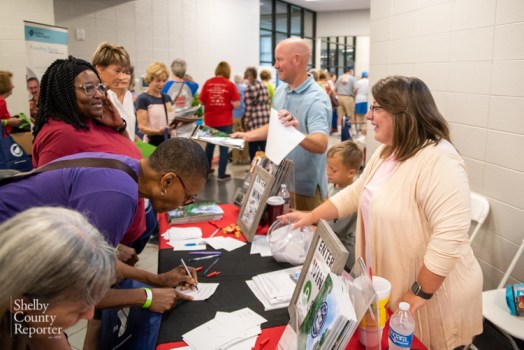 ALABASTER – Morning showers could not dampen the spirits of the many people who attended this year’s Shelby County Senior Picnic on Wednesday, June 8 at Thompson High School.

More than 500 residents attended the event, which featured live entertainment from Birmingham native Taylor Hicks, the Season 5 winner of the long-running TV show American Idol in 2006.

“Despite a rainy start to the day, the weather subsided and around 550 adults over the age of 55 attended the 2022 Shelby County Senior Picnic, held at Thompson High School to commemorate Older Americans Month, which is in May,” Community Services Manager Shelli Davis said. “Over 900 had registered for the event.”

Attendees of this year’s event had the chance to visit with more than 40 vendors, play bingo, win door prizes, listen to Hicks sing and eat lunch together.

“There was a two-year hiatus in the picnic due to COVID-19,” Davis said. “Everyone was thankful to be able to gather in person and see old friends they hadn’t seen in a while.”

“From my viewpoint, it was a phenomenal success,” Morris said. “There were lots of logistics going on, but people were still everywhere.”

“Those folks really love it, and they deserve it,” Morris said.

Davis said less than a week after the event, the county sent out a brief survey to those who had registered, asking them to rate the event, and more than 100 responses were submitted on the first day.

“The overall feedback was very good, with several recommendations to improve upon for next year,” Davis said.

The survey link is available at Picnic.shelbyal.com.