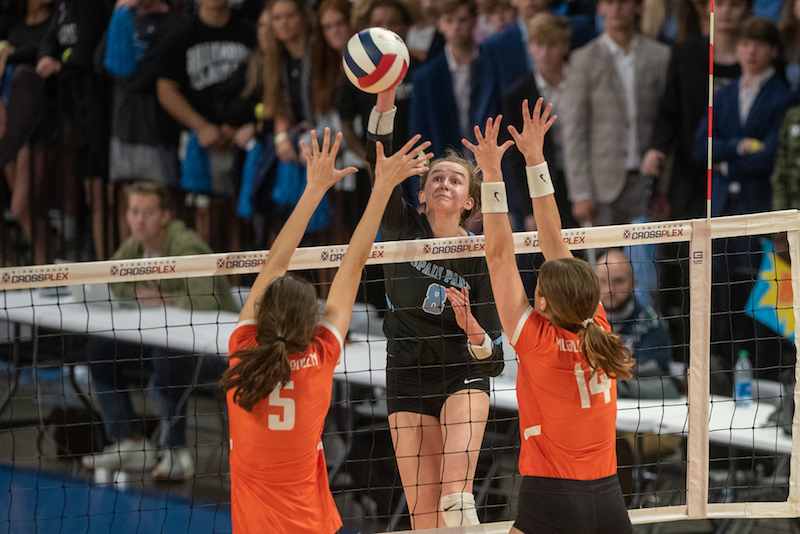 Audrey Rothman has been named Shelby County’s Female Athlete of the Year after leading Spain Park to its first volleyball state championship in school history during the 2021 season. (File)

Trailblazing her way to the state championship during the 2021 volleyball season, Spain Park’s Audrey Rothman left a path of history in her wake.

The star player for the Jags this past season, she not only led the team to its first state championship in school history, but she went on to become the county’s best player and the school’s first-ever Gatorade Player of the Year winner in volleyball.

Perhaps the most dominant player in any sport this season across the county, Rothman was determined to lead her team to the Class 7A State Championship this past season, and while earning the individual accolades has been special, it’s that accomplishment that sticks out.

It’s also her will to do so that made her this year’s top female athlete.

After losing to rival Hoover 3-0 a year earlier in the state championship, Rothman told head coach Kellye Bowen the team would be back in 2021, and she would make sure they won it.

Just as she promised, she led the Jags to that exact moment, and the ending couldn’t have been written any better.

On match point, she got a perfect set from a teammate, leapt in the air and powered a ball right into the teeth of the McGill-Toolen Yellow Jackets that became the final kill of the Jaguars’ state championship season.

It was also the final kill of Rothman’s stellar career as one of the best volleyball players to come through Shelby County.

The now Florida State Seminole ended her career as the school’s all-time leader in kills and digs. She finished her playing days at Spain Park with 1,858 kills and 1,344 digs.

Now, she’ll look to carry her confidence to the collegiate level with the Seminoles.