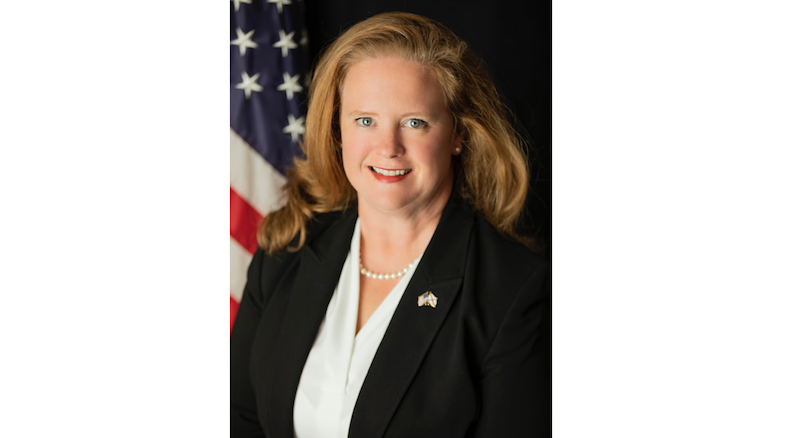 Erin Welborn won the Primary Election runoff against Phillip Bahakel to earn the Republican nominee for District Judge, Place 1 in the General Election on Nov. 8. (Contributed)

Erin Welborn has cemented herself as the Republican nominee to fill the spot of Shelby County District Judge, Place 1 after taking home the runoff election on Tuesday, June 21.

Up against Phillip Bahakel in a runoff for the Republican ticket on the General-Election ballot in November, Welborn won 61.41 percent of the votes, which was 13,038 of the 21,231 votes cast. Bahakel ended up receiving 38.59 percent of the vote, or 8,193 total votes.

“I’m very excited,” Welborn said after the results showed her as the winner. “I have to thank God. This has been quite a journey over the last 15 months, for me, my friends, my family, my supporters and everyone who believed in me. I have not walked this walk alone. I have had so many great mentors. Judge (Jim) Kramer, Judge Patti Smith, Lindsey Allison, Larry Palmer. People who brought us meals and water when we were walking door to door. It was such a huge team effort to get to this point.”

Welborn said one of the biggest constants on the campaign trail that resonated with her and made her feel comfortable in her campaign was the message she continually got about voters being tired of negative politics.

“My biggest takeaway from the Primary Election is that we’ve knocked on close to 6,000 doors in Shelby County, and of the people we talked to, many said they are so tired of negativity and negative politics,” she said.

She said when she first determined she wanted to run for the seat a few years ago, she talked with her father, who told her to stay away from the negativity.

Before he died in 2020 from cancer, she vowed to him that she would make that a focus.

“His legacy of kindness has really carried me throughout this campaign,” she said. “He told me to always be kind and to not respond to any negativity. He always said, ‘Don’t ever feed it. If you pay it attention, it gets fed. If you pay attention to it, you won’t have any credence whatsoever.’ I made that commitment to him and I have honored it through everything.”

She said that and being open about what she wants to do in the challenging role of juvenile court to build off of what Kramer and Smith have done were the main keys to her campaign the last year.

During the initial election back on Tuesday, May 24, Welborn was the top vote getter of a crowded Primary race that had five total candidates battling for the Republican nomination.

The two were closely contested, earning them a spot as the top two candidates and a spot in the runoff, while Bill Dunn, Carlos Gonzalez and Jody Brasher Tallie earned between 12 and 14.21 percent of the vote as the other three candidates.

Welborn will now square off against Ashley N. Bell in the General Election on Tuesday, Nov. 8.

Bell ran uncontested in the Primary Election, automatically earning the Democratic nomination for the General Election.

The winner will replace Kramer, who is retiring as the juvenile court and district judge after this year.

“I’m excited for the General Election,” Welborn said. “We will take a week or two as a family now, reconnect, enjoy some downtime just together before getting back into it. Our son graduated this year, so now we can take some time to celebrate all of the things put on hold due to the campaign before we get back in with our plan and working with Jake on the plan of attack.”

She said for those still wondering about her views, some of her main focuses are bringing back juvenile and family court, strengthening the children’s advocacy policy, getting supervised visits, providing mentors to parents and kids who are struggling, providing better care for kids and move cases along quickly to make sure a child has a permanent home in a timely fashion.

Welborn also said she wants to be plugged into the communities across Shelby County to make sure all kids are being served.