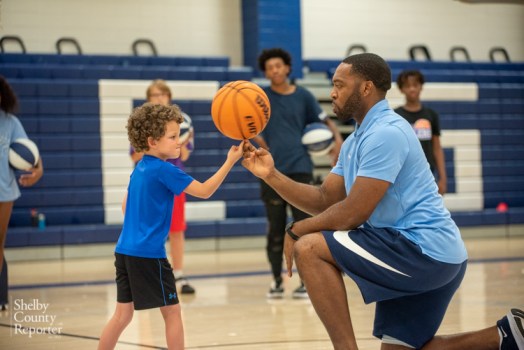 Calera’s 2022 basketball camp had a record turnout this summer, creating excitement among the attendees, players and coaches. (Reporter photo/Keith McCoy) 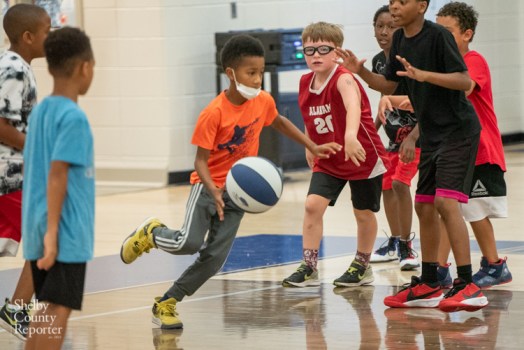 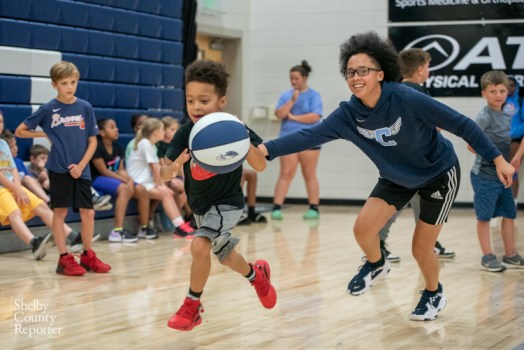 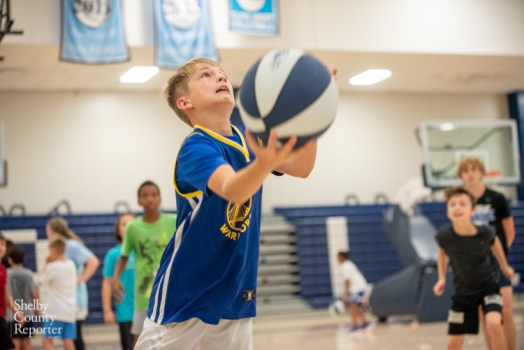 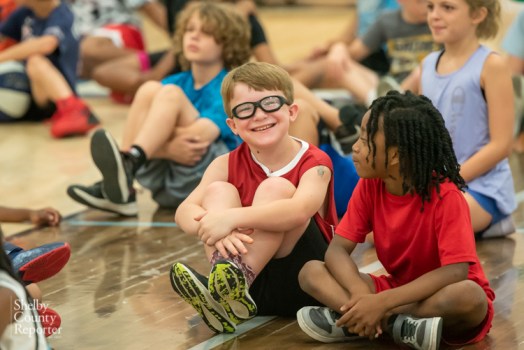 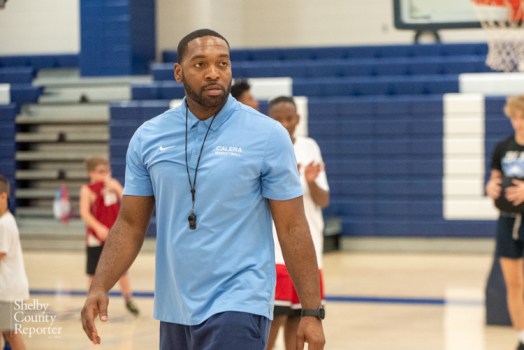 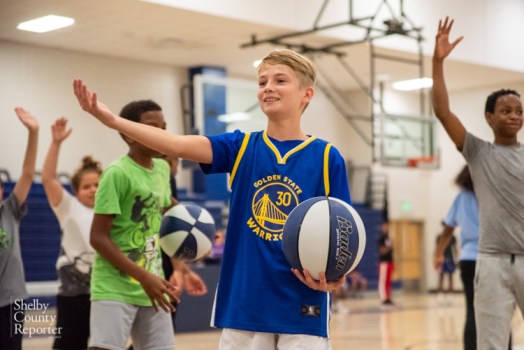 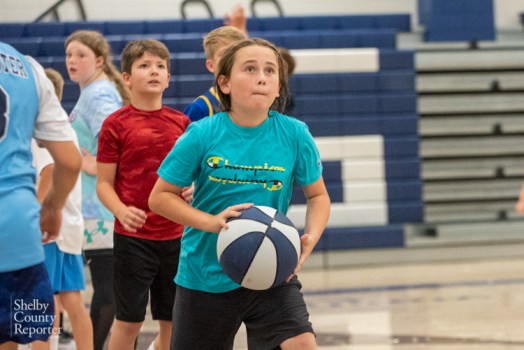 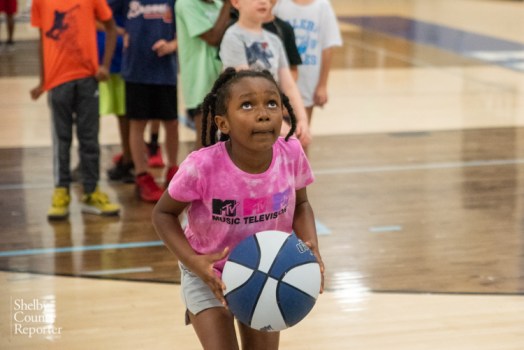 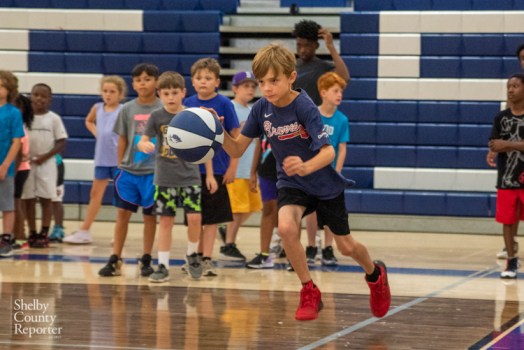 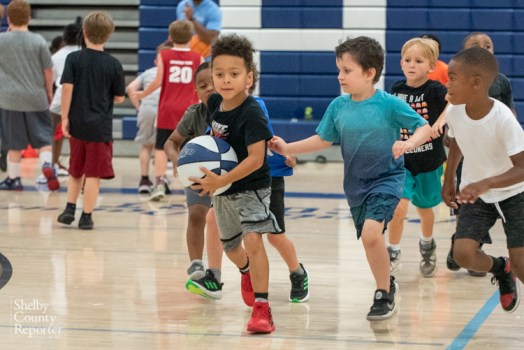 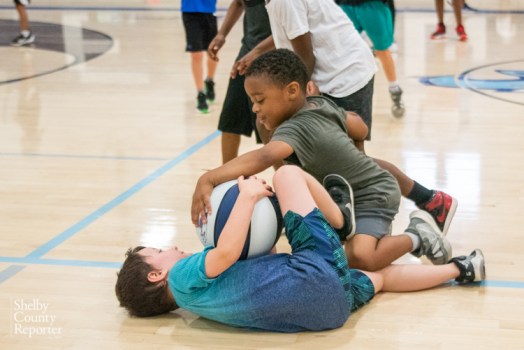 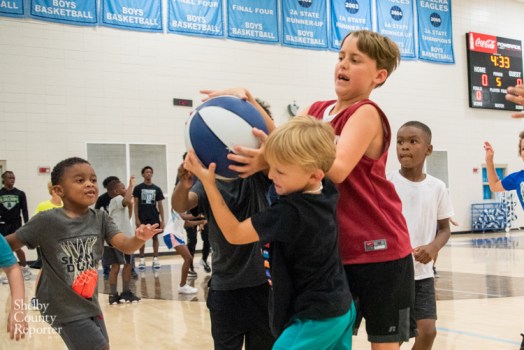 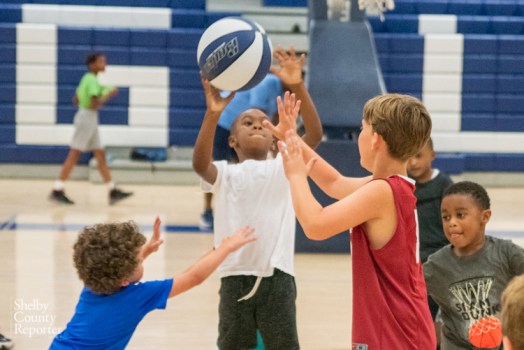 CALERA – Spinning a basketball on his finger is like riding a bike for Calera head basketball coach George Drake, yet, the easy task for him was one of his favorite parts of this year’s basketball camp.

He spent time teaching each of the campers in attendance at Calera’s camp this year how to balance the ball on their finger and spin it.

“I enjoy everything, but I really like the teaching part, and what I mean by that is using the analogy of balance,” Drake said. “Spinning the ball on the finger, you have to have balance it. Then, when it falls off, you have to figure out how to get it back up there. That applies to life too.

Everybody got the opportunity to spin the ball on their finger and spend quality time with their basketball during the camp. Drake said for some of the younger ones who couldn’t do it, he would help them spin it.

“I enjoy getting to teach them to that,” he said. “Then, when I see them outside of the camp, they’ll tell me, ‘Coach Drake, I can spin the ball now!’”

With his fun approach to the camp each year, it’s easy to see why it has grown from 40 campers the first year to a record 100 attendees during the 10th summer of the camp this year between June 13 and 17.

The camp featured several from neighboring cities to Calera and even a few from out of state who were in town visiting friends or family.

“There is always energy every year, but with those numbers, the energy was through the roof this year,” Drake said. “They got after it, played a lot of ball, learned a lot of fundamentals and had some fun.”

He added how exciting it is to see the passion and growth for the sport in Calera.

“Growth is huge for the future,” Drake said. “Kids are excited about basketball. With that many kids, everybody won’t find a love and passion for it, but that type of number, there will be enough who want to be a part of the legacy of Calera basketball. The future is bright and those kids are the future.”

In addition to the fundamental skills of the game and learning about different aspects of basketball, the campers got the opportunity to play a lot of 5-on-5 basketball and even let their competitive juices come out in games of knock out.

There was even a half-court buzzer beater during one of the games in the camp’s NBA division.

“Hearing the roars when kids won contests or hit a buzzer beater, that was the greatest thing,” Drake said. “In some aspects, you get that same rush, energy and excitement that you get in the regular basketball season, but with less pressure and stress, while getting to bond with your team and the future kids.”

As much fun as it was to see the young campers having a blast throughout the week, Drake said it was just as special to see what it meant to his players for the upcoming season.

“I think our guys really benefit because they get to see that they are role models to somebody,” he said. “They’re the coolest guys in the world to the kids because they’re on the varsity. To the kids, just to get a high five or a slap on the back, it means the world. And for our kids to understand they are role models, they can use that to propel them to be their best this season.”

Drake said seeing that unique aspect of the camp is something he enjoys every year, and he sees how seriously his players take being a role model.