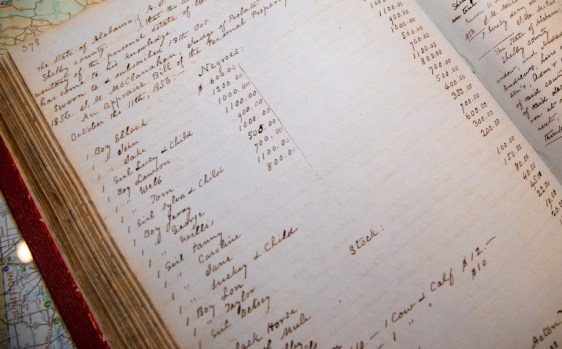 Old will books like this one at the Shelby County Museum & Archives in Columbiana show how enslaved people were listed among a person's property, sometimes without their names. (Reporter Photo/Keith McCoy) 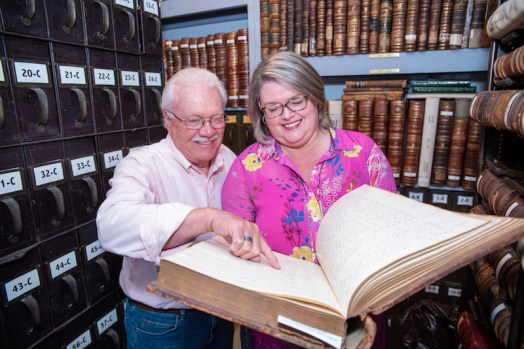 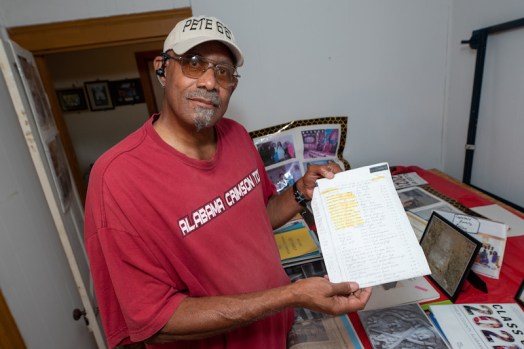 In his efforts to preserve local black history, Albert Baker Datcher, Jr., who goes by Peter, has kept numerous artifacts and records at his family's property in Harpersville over the years. (Reporter Photo/Keith McCoy) 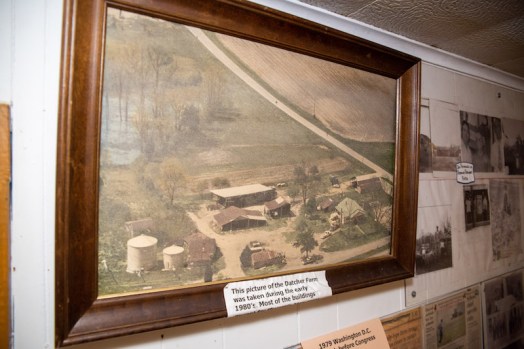 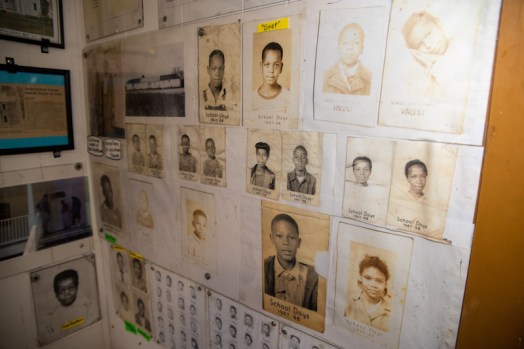 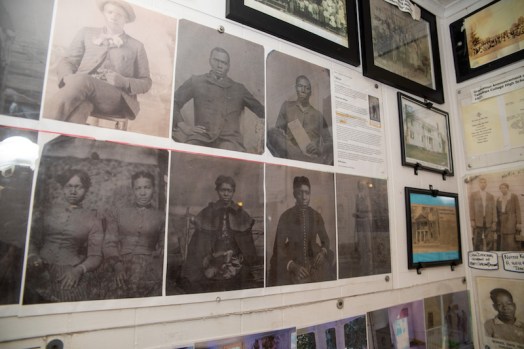 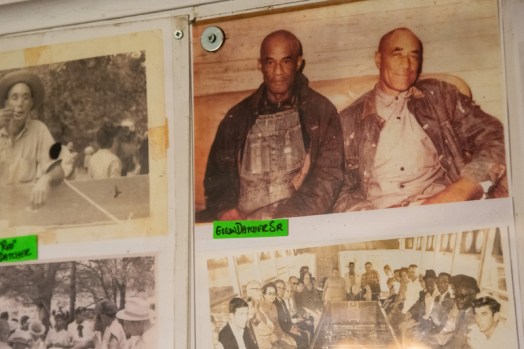 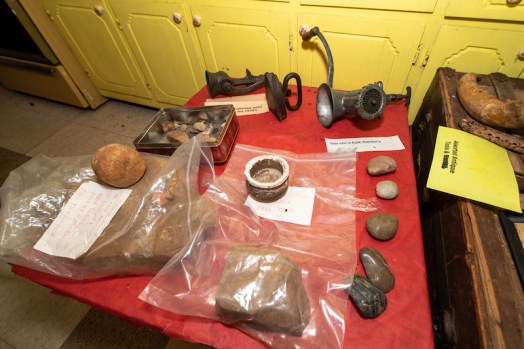 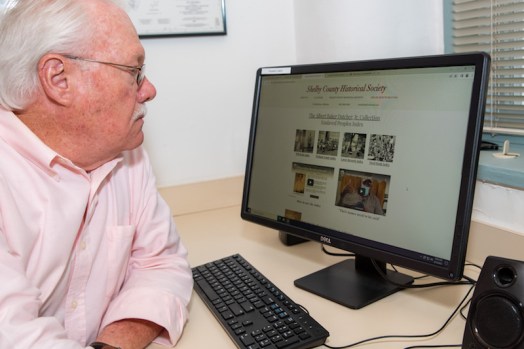 The Datcher name is as deeply rooted in Shelby County’s history as the crops the family grows on their farmland in Harpersville.

For Albert Baker Datcher, Jr., his name is a link to the past, a cord comprised of different strands that each tell him something about his black ancestors.

Datcher, who goes by Peter, has used his and other family names over the years to trace his heritage and find answers to questions about his family’s slave history.

His meticulous research has given him extensive knowledge of black history and slavery in Shelby County—a sensitive subject for many, but one he insists must be acknowledged to honor the people who endured it.

“There are a lot of people who don’t want to talk about it,” Datcher said. He understands the pain, but calls for remembrance, if only to pay homage to the brave men and women of previous generations. “Our ancestors who made it out of slavery are as close as we have to superheroes.”

Datcher, however, didn’t know his personal efforts to preserve black history would contribute to an even broader project aimed at helping others in the county and beyond trace their roots.

Shelby County Museum & Archives Executive Director Jennifer Maier and research assistant Bruce Cooper were working on an archive digitization project about four years ago when they made a series of discoveries.

While scanning pages of old record books for the digital archives, Maier and Cooper began to find the names of people who had been slaves listed in paragraphs of handwritten entries in the books.

“As we got into the early will books, we started noticing names of individuals mentioned in the paragraphs,” Maier said. “If you didn’t know what you were looking for, you would miss it, the way they were written in the will books.”

Many of the names were listed as property, with livestock and other assets a person owned.

“Some of the names were popping up in deed books where they had been used as collateral,” Maier said. “It’s a hard thing to look at.”

Maier and Cooper knew they needed to do something with the names they were finding, so they started a spreadsheet—which they developed into an index—to keep track of every name they found.

Once the digitization project was completed, Cooper assumed the task of reading back through all of the museum’s will books, probate estate files and loose court records for any mention of slaves, even if a name was not listed.

With the help of Falcon Scholars from the University of Montevallo, Cooper painstakingly sifted through thousands of handwritten pages from the 1800s, pulling out names and other information.

“The will books go back to 1818, the year Shelby County was formed,” Cooper said. “We began looking through those books – wills, deeds, court records, page by page, searching for slave names, owner names, what happened to these slaves, whether they were willed to someone through the courts or whether they were sold.”

“The wills tell people’s first names when you won’t see them in the slave census,” Datcher said.

Maier said they found some one-word descriptions, such as “lame,” that “would take your breath away when you would read it.”

In total, the index references the names of more than 3,000 slaves.

Maier stressed that the contents of the index, which were already public record, were compiled to assist people in locating their ancestors, not to place blame or cause more pain for anyone.

“Never was this index created to single out these families who owned slaves,” Maier said. “The reason we did it is when a black person walks in here, we know there is immediately going to be a challenge. 1870 was the first time they appeared in a census. What we’ve done is we’ve found the needles in the haystack and pulled them out for someone to be able to use them in their research.”

Throughout the project, Maier kept revisiting something Datcher had said to her in one of their conversations about his personal research.

“Mr. Datcher said, ‘Their names need to be said. We need to honor them,’” Maier said. “That impacted me.”

The impact of Datcher’s words did not go to waste. A test run of the index last year immediately revealed information Datcher wasn’t sure he would ever find.

Datcher’s great-grandparents, Albert and Lucy Baker, were slaves on separate plantations in Harpersville. When slavery ended, Albert and Lucy were married, and Albert purchased 100 acres of land from a man named Dr. W.R. Singleton.

“One of the main things I had always been after was who owned Albert Baker,” Peter said. “In all my research, I could not find any person who actually owned him. I had spent almost a decade looking for him and had basically given up.”

Peter remembered a story his mother told him about two elderly white women coming to their house in the mid-1950s. He was a young child at the time, but his mother said the women were asking if the descendants of Albert Baker still owned the land Singleton had sold to him after Baker was freed from slavery.

Peter’s mother told them the family still lived on the land. The women reacted with excitement, explaining they were the granddaughters of Singleton, who had made them promise they would come back to Shelby County and find out if Albert had kept the land.

According to Peter’s mother, the women said Singleton was close to Albert and described him as “the best man he had ever known.”

The story came to the forefront when Peter started to research his ancestry as an adult and tried to figure out who could have been his great-grandfather’s slave owner.

“God wanted me to do this,” he said of his research. “Certain things could not have happened without God being involved.”

In February 2021, Peter was visiting the museum one day for his research, just as Maier and Cooper were in the final stages of the multi-year indexing project.

After hearing about the project, Peter asked them to search the index for the name Singleton.

The search produced 175 matches, one of which referenced a will book from the 1850s that bore many names Peter knew from years of oral history and his own research.

“When they showed me the Singleton will, the first thing I saw was Robert and Rachel Baker,” Peter said of his great-great-grandparents’ names. “Albert and his brothers and sisters were on there. It literally made me go to crying because not only had I found out who owned them, but I found out the connection that spanned nearly 150 years.”

Peter explained that Robert and Rachel Baker were purchased by Dr. John Singleton, W.R. Singleton’s father, in Tennessee before he obtained a land grant in Harpersville’s Creswell community in the 1820s.

With the quick help of the index—and thanks to his mother, Ruth B. Garrett Datcher, for sharing the story about W.R. Singleton’s granddaughters visiting their house when he was a boy—Peter was able to piece things together more completely than ever before.

“My mother never let me forget,” Peter said. “She would be the star of this history. I never would have started it, remembered it or known it without her.”

Peter said his wife, Nettie L. Harris Datcher, has helped him operate their computer, where she has stored all of his records over the years.

Those familiar with Shelby County’s agricultural history might recognize the name Albert “Red” Datcher, Peter’s father and a local farmer from 1930 to about 1970.

According to Peter, his father was the first black farmer in Shelby County to own a cotton picker combine and possibly the first to own a tractor.

“He was known as a good person, and he helped a lot of people,” Peter said, adding his mother was also an extraordinarily generous person, always cooking and taking care of the sick in their family.

It’s people like his parents who inspired Peter to delve into his ancestry, ensuring his family’s history wasn’t lost to time.

“He was trying to pull those needles out of the haystack, like we were,” Maier said. “Within minutes, we found the answer he had been looking for.”

When it came time to name the museum’s new index, Maier couldn’t think of a more appropriate choice than the Albert Baker Datcher, Jr. Collection.

“He has pursued his own story, but also helped others find history that was not known to them,” Maier said. “I don’t like for someone to come in to do genealogical research and leave without something they didn’t know. When a black person comes in now, we can possibly find something. They are leaving here with at least a nugget of information they never had before.”

The collection consists of three slave index databases organized based on the original sources from which the information was derived: will books, probate estate files and loose court records.

The Shelby County Museum & Archives is not the first organization to compile a slave index, but Maier said she and her staff and volunteers tried to make it as accessible as possible for anyone who uses it in person or online, at Shelbycountyhistory.com.

“We did not invent this, but the level of detail that Bruce collected is unusual, and I have not seen other indexes provide that information,” Maier said, and added, “We are open to searching any record. We feel that we’ve reached everything that we have within our archive. To go any further would be to find a record book we don’t have that would reveal itself.”

Although the Albert Baker Datcher, Jr. Collection is specific to Shelby County, Maier said the museum has received calls from people as far away as the West Coast and New England who found it on the internet and had a question about using it.

For Peter, it has already served as a valuable tool in his efforts to know more about his ancestry.

“It proved the things I had already been searching for, the things that had happened,” Peter said. “It told me why it was difficult to find information on our slave ancestors. My dream is that every county in this state and other states would do the same thing; then, people could really look up their people. We need to say their names.”

“Our people need to look up their ancestors and honor them by saying their names, especially if they can find those coming out of slavery,” Peter said.

Peter credited Maier with supporting his research efforts, even before the three-year index project was close to completion.

“Jennifer realized that what I was doing was so important, that it was not about me,” he said. “She has had my back the whole time.”

And Maier echoed Peter’s statements about the hope of such indexes becoming more common around the country.

“If anybody has access to similar records and they want to compile that information, we’d love to give advice,” Maier said. “I think this will go down in my life as one of my greatest accomplishments—that I feel I’ve provided something to the community.”