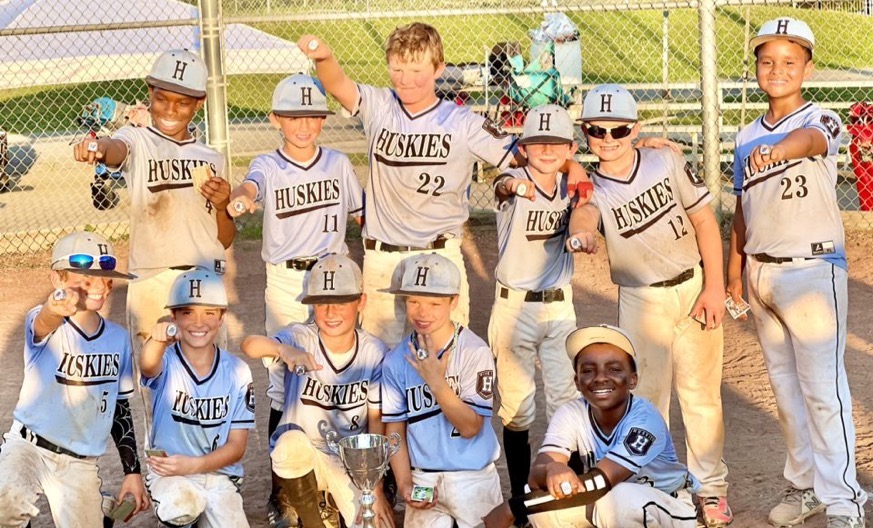 The 10U Helena Huskies baseball team won the Diamond Cup State Championship in early June with a score of 8-4 with extra innings. (Contributed/Jacie Davidson)

HELENA – The players of the 10U Helena Huskies baseball team celebrated a big win at this year’s Diamond Cup State Championship.

The championship was held Saturday, June 4 and Sunday, June 5 in Cullman. The team, which is made up of players ages 10 and under, was ecstatic at their win.

“It was amazing,” player Bryce Davidson said. “We battled from behind and won in extra innings.”

The final score of the game was 8-4, and the players gave it their all through the extra innings as coaches Bobby Cummings and Bradley Costanzo cheered them on.

Jacie Davidson (mom): “This team played five games in two days, never gave up, and battled from behind in three different occasions,” said Davidson’s mother Jacie. “Their hard work paid off, and I’m so proud of them.”

“Our boys played their hearts out during the state tournament,” said Kristin Costanzo, another parent. “They fought hard every game, coming back from behind and believing in themselves all along the way.”

Costanzo said she and her fellow player parents feel blessed to watch the boys grow with every game.

“Not just as a team, but as friends building relationships and memories that will last a lifetime,” she said. “This group of boys are going to do amazing things on and off the field.