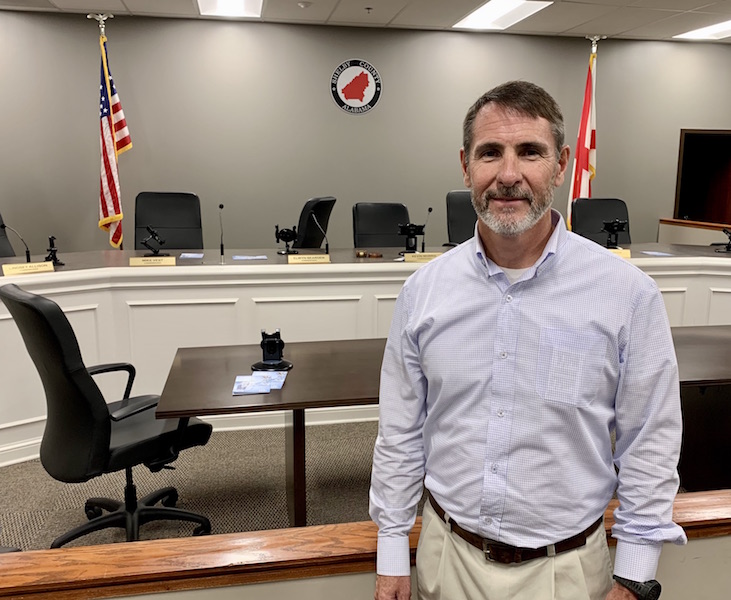 COLUMBIANA – The Shelby County Commission has approved the candidate selected to serve as the next county engineer.

On Monday, June 27, the Commission passed a resolution approving Shelby County Manager Chad Scroggins’s recommendation to hire David Willingham as county engineer “effective July 8, 2022 and fully assuming all responsibilities of the county engineer and management of the Highway Department on Sept. 1, 2022 upon the retirement of current County Engineer Randy Cole.”

“Randy and I reviewed a list of candidates,” Scroggins said. “I appreciate Randy’s insight in all this. Then, we interviewed and we brought before you all the candidates after the interviews. We had a good pool of candidates.”

Willingham has more than 26 years of experience in engineering design and management.

Before he joined Shelby County, Willingham served as Pelham’s director of development services and public works.

Before that, he served as vice president of a regional consulting engineering firm in the Birmingham area and as project manager for another local firm.

“I just wanted to say thank you,” Willingham said. “I’m looking forward to this opportunity. I appreciate all of the confidence and support I’ve gotten the last two and a half years here, and I look forward to working with Randy and the team in this transition.”

Cole announced his plans to retire at the Commission’s May 9 meeting.

As the head of the Shelby County Highway Department, the county engineer manages a staff of licensed professional engineers, certified bridge inspectors, a road department with about 90 employees and an annual budget of nearly $19 million.

According to Cole, more than 100 bridges have been replaced since he started working with the county in 1991.

“David and I are going to work together for a smooth transition over the next couple of months,” Cole added. “I’m sure when he takes my office over, it will run smoother than ever. I’m looking forward to that.”