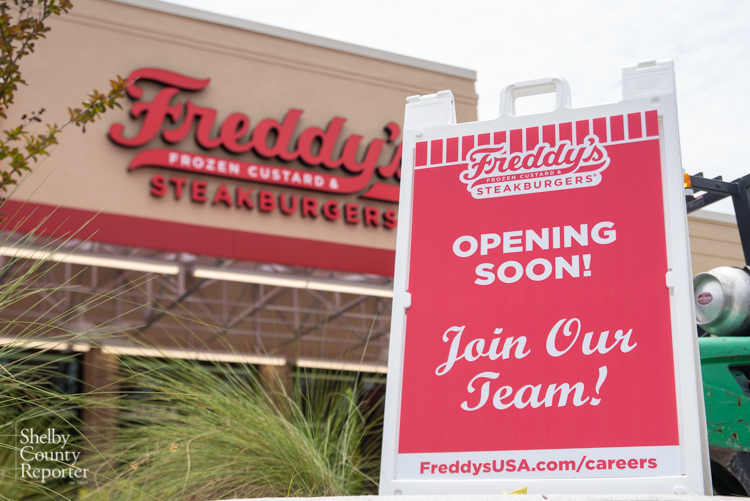 HELENA – The Helena location of Freddy’s Frozen Custard and Steakburgers has announced its official opening date.

The restaurant, which will be located near the intersection of Alabama 261 and Shelby County 52, will open its doors to the public on Tuesday, July 12.

It was part of a project that started two years ago to bring the businesses to the city, while also working to improve traffic flow at the busy Helena intersection.

The city set aside a budget of $550,000 on improvements to traffic modifications, including work on turn lanes, to keep traffic flowing smoothly through the area despite the popular restaurants and other businesses now there.

The hope is for the costs to be offset by the amount of revenue that the businesses will bring into the city.