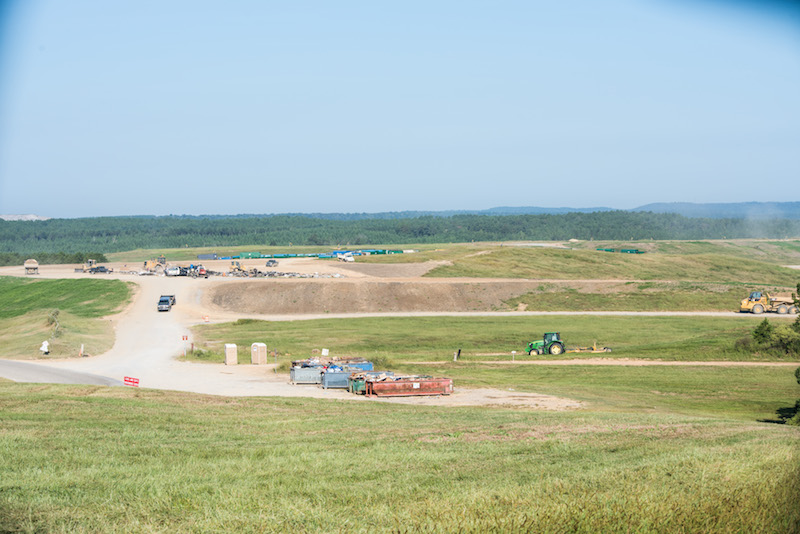 The Commission approved a resolution for the expansion of the municipal solid waste disposal area at the landfill from 57.6 acres to 77.7 acres through the construction of Cell No. 5.

“Last year, in 2021, we took in 188,500 tons of MSW garbage,” Willingham said, adding that the construction/demolition waste totaled 81,600 tons and brush waste totaled 22,400 tons. “We have permitted cells that take care of MSW, and the wood waste is ground up, mulched and reused.”

Scroggins said 188,500 tons of municipal solid waste converts to 377 million pounds of garbage contained in that one cell.

The low bid for the Cell No. 5 construction was $6.5 million from T&K Construction.

“Cell No. 5 will add about 3 million cubic yards of air space for us,” Willingham said. “That should last us around 10 years.”

Construction began in January and is scheduled to be completed by September.

Scroggins said even though the Commission had previously approved the construction of the new cell, and to budget and award a bid for the project, the resolution on June 27 was to acknowledge the Alabama Department of Environmental Management’s change in regulations for solid waste permits.

“We will need ADEM to come out and certify the completion of Cell No. 5,” Willingham said.

Regarding garbage collection and recycling services, the county’s current contract with Republic Services will expire in September.

After receiving only one bid in May, the county re-bid the services in June and received several bids, the lowest of which came from Waste Management.

Waste Management’s bid includes rates of $20.69, $31.04 and $30.69 for residential garbage collection, plus $12 for curbside recycling (transportation only – requires Shelby County to pay all disposal and contamination fees).

“There are a lot of challenges with making recycling happen,” Scroggins said. “The recycling market is just not there.”

Scroggins said rates for recycling—which is basically the remanufacturing of a material—have drastically increased.

“China does not buy recyclables anymore,” he said. “We have seen where the market used to be about $13 per ton of recycling. That’s what you paid to get rid of recyclables. Today, it’s $100 a ton. You can put it in our landfill for $24 a ton, but you recycle it for $100 a ton, and you expend the fuel and emissions that go along with it.”

Scroggins said the residential garbage collection and recycling bid will come before the Commission for a vote at its first meeting in July.