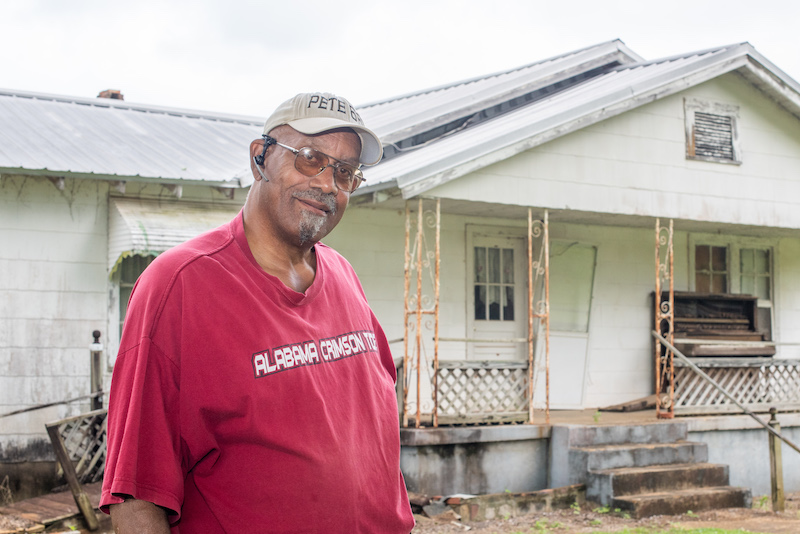 When I was in middle school many years ago, my classmates and I had to complete a family history project by the end of a semester. Our teacher tasked us with researching our family trees, collecting oral anecdotes and compiling as many photographs as we could find of our relatives and ancestors.

Admittedly, the weight of my project was lightened significantly by my older sister, who had worked on the same project three years earlier. With our parents’ help, she had laid the groundwork in gathering relatives’ names on both sides of our family. I had at least heard many of the names before, even if I couldn’t remember exactly where they fell in the family tree. But other names were new to me, serving as reminders of how much I still had to learn about my lineage.

Anyone who has dabbled in genealogical research knows how tedious it can be, even for those who have a generous number of names to work with as they trace their family trees back through multiple generations. But without names? It can be nearly impossible.

This summer, I had the privilege of interviewing Mr. Datcher, whose commitment to preserving black history and tracing his family’s roots ultimately contributed to a project at the Shelby County Museum & Archives aimed at helping people learn more about their slave ancestry.

Mr. Datcher’s great-grandparents, Albert and Lucy Baker, were slaves on separate plantations in Harpersville. When slavery ended, they were married, and Albert purchased 100 acres of land from a man named Dr. W.R. Singleton.

“One of the main things I had always been after was who owned Albert Baker,” Mr. Datcher told me. “In all my research, I could not find any person who actually owned him. I had spent almost a decade looking for him and had basically given up.”

Meanwhile, Shelby County Museum & Archives Executive Director Jennifer Maier and research assistant Bruce Cooper were working on an archive digitization project several years ago when they began to find the names of people who had been slaves listed in paragraphs of handwritten entries in the old record books.

They started a spreadsheet to keep track of every name they found, and Cooper assumed the painstaking task of reading back through all of the museum’s will books, probate estate files and loose court records for any mention of slaves, even if a name was not listed.

“The will books go back to 1818, the year Shelby County was formed,” Cooper said. “We began looking through those books – wills, deeds, court records, page by page, searching for slave names, owner names, what happened to these slaves, whether they were willed to someone through the courts or whether they were sold.”

The result of their efforts is a digital index, named the Albert Baker Datcher, Jr. Collection, that references the names of more than 3,000 slaves.

Mr. Datcher was visiting the museum one day for his research, and after hearing about the project, he asked Maier and Cooper to search the index for the name Singleton.

The search produced 175 matches, one of which referenced a will book from the 1850s that bore many names Mr. Datcher knew from years of oral history and his own research.

“When they showed me the Singleton will, the first thing I saw was Robert and Rachel Baker,” he said of his great-great-grandparents’ names. “Albert and his brothers and sisters were on there. It literally made me go to crying because not only had I found out who owned them, but I found out the connection that spanned nearly 150 years.”

It was a moment that reinforced to Maier why she pursued the project—and why something Datcher had said to her about his own research was so meaningful.

“Mr. Datcher said, ‘Their names need to be said. We need to honor them,’” Maier said. “That impacted me.”

Mr. Datcher is right; we need to honor them with our remembrance. Thanks to his steadfast commitment to research, as well as to Maier and Cooper for realizing the importance of compiling thousands of names and pieces of information from the county’s physical archives into a digital index, more people will be able to find long-awaited answers to their ancestry questions.