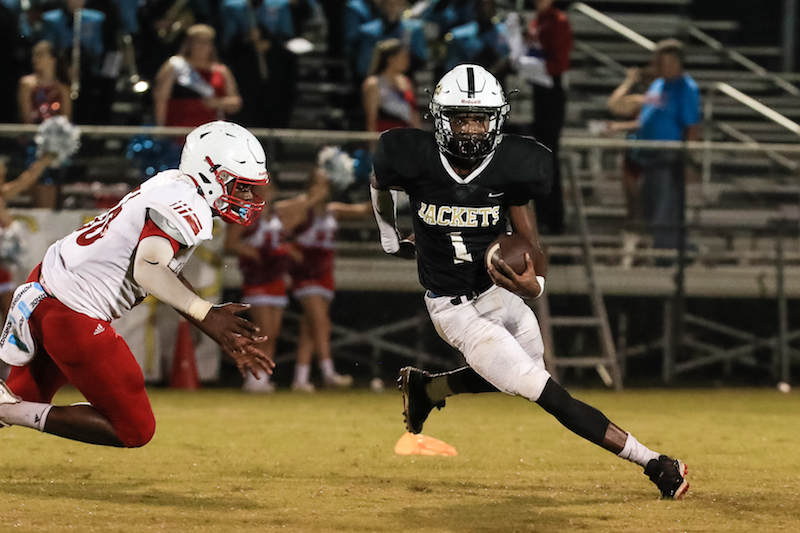 Vincent’s 2022 football schedule presents opportunities, as the Yellow Jackets enter the season hopeful of possibly finishing in the top two of the region. (File)

Coming off a 6-4 season a year ago, the Vincent Yellow Jackets had their first winning season under head coach Lucas Weatherford in his three years, as continued progress was made.

Now, heading into the 2022 season, Weatherford may have his most complete team with several returning starters back on the roster this season.

Not only that, the Yellow Jackets will drop two of their most challenging opponents due to reclassification, as the 2022 schedule will be as favorable as it has been in years.

That’s not to say it won’t present its share of challenges this season, but the Yellow Jackets look to have their best opportunity to not only make the playoffs but finish as a top-two seed in the region for the first time since 2011 when they went 9-3 and made the second round of the playoffs.

Following a jamboree game at West End on Aug. 12, the Yellow Jackets will open the new season on Friday, Aug. 19 in a home battle against Ragland.

A 1A school, Ragland will be a classification lower than Vincent in the game, but the Purple Devils are coming off a 9-3 season and will present a good test in the opener for the Yellow Jackets.

The same can be said a week later when Vincent hits the road to take on Winterboro on Friday, Aug. 26.

Last year, this game marked the opener for the Jackets, who had several chances to win outright, but ultimately lost an 18-16 game. Later, the game was forfeited due to an ineligible player, which gave Vincent a win on the schedule.

This year, however, the Jackets will hope to prove it on the field. Another 1A opponent to kick off the season, Winterboro finished 7-5 with that forfeit loss last year and made the second round of the 1A playoffs.

Vincent will then hit the road for a second week in a row on Friday, Sept. 2 for a region-opening battle with Central-Coosa.

The Cougars finished last year 2-7 after losing their first seven games in a row and failing to score more than 14 in any of those games while giving up 36 or more in all seven.

This year, the two will enter the matchup looking to pick up a win and start region play with a 1-0 record.

The Yellow Jackets will return home on Friday, Sept. 9 for a matchup with a familiar foe—Fayetteville.

Last year, Vincent was able to put together one of its best games of the season in a 48-21 victory against the Wolves, and they’ll hope that continues this season with another region win.

A week later on Friday, Sept. 16 will come a big showdown with B.B. Comer at home.

The Jackets fell 43-8 to the Tigers, who went on to finish the year 10-3 after making a run to the third round of the Class 2A playoffs.

In a new region this season, the game could determine a top-two seed for either team, making it an important one near the midway point.

Vincent will get a break from region play on Friday, Sept. 23 against Childersburg on the road.

A 3A team, the Tigers went 4-6 last season, but they’ll hold a classification advantage in this matchup.

The Yellow Jackets will jump back into region play on Friday, Sept. 30 with their second of three consecutive road games at Ranburne.

Vincent will be looking for redemption in this year’s game after falling 36-35 a season ago to Ranburne, which ultimately made a difference in a playoff spot at the end of the season.

Vincent’s final road game of the season will take place at Woodland on Friday, Oct. 7.

A team that is moving up from Class 1A, Woodland went 5-8 last year, but two of those wins came in the playoffs, as the Bobcats made a run to the third round of the postseason.

The Jackets will then close out region play with back-to-back home games Oct. 14 and 21.

They’ll host Isabella first, who went 8-4 last season and made the second round of the playoffs, before turning around and hosting Thorsby a week later, who went 6-5 a year ago with a playoff berth.

Should Vincent make the playoffs, the Yellow Jackets will get a bye week on Friday, Oct. 28 to rest ahead of the opening week of the postseason.