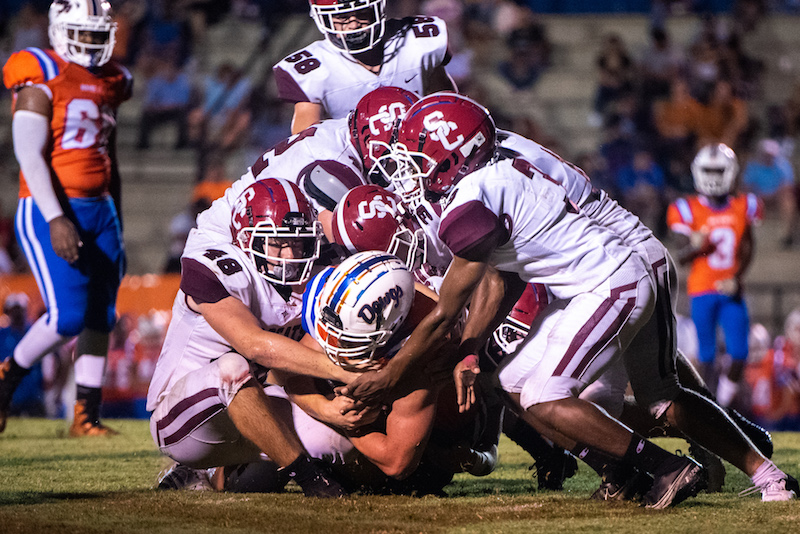 The Shelby County Wildcats will hope to power through their schedule this season and earn a third straight trip to the playoffs after last year’s runner-up finish in the region. (File)

After ending their 10-year playoff drought in 2020, the Shelby County Wildcats followed it up with a second consecutive trip in 2021. Not only that, but they earned home-field advantage in the first round as the two seed out of their region.

Now, entering the 2022 season, the schedule shapes up for it to be another special season.

The Wildcats will have some pieces to replace from last year’s team, but they only have one region opponent on the schedule who had a winning record at the end of last year—region champion Demopolis.

Shelby County will still have some tough tests and will have to have several players step in to fill big roles.

Early in the season, they’ll get their chance to gain experience against two of the four opponents on the schedule that finished with a winning record last year.

The home game against the Tigers will mark the first meeting between the two since 1999, and Shelby County will hold a classification advantage.

A week later, the Wildcats will be looking for redemption against the Bulldogs, who won last year’s matchup 41-24.

Shelby County has now lost the game three of the last four years in a row, but all of them have been tightly contested.

That will be the final road game for a month, as the Wildcats will return home for the next four weeks with a bye week tucked in there.

They’ll open region play against Holtville on Friday, Sept. 2. The Bulldogs will shift into the region this year off a 5-6 record a season ago that included a forfeit win.

Holtville lost its final four games of the regular season and its first-round playoff game against Pike Road.

A week later will be a region battle against Jemison on Friday, Sept. 9.

A bye week will follow before a non-region test takes place on their home field.

Moody will come to town on Friday, Sept. 23, and the Blue Devils will likely be a tough opponent this season with Ganus now at the helm and several highly-touted players.

Shelby County is 8-2 against the Blue Devils all-time, as this will mark the first meeting since 2019 when Moody won 41-20.

The difficult non-region game will be followed by the most challenging region game, as the Wildcats will take on Demopolis on Friday, Sept. 30 for their first of four consecutive road games.

The final two region games will take place against Selma and Marbury on Friday, Oct. 7 and Friday, Oct. 14, respectively.

The Wildcats took down Selma 11-8 a season ago, which was the difference in them earning home-field advantage as the two seed, while they fell 17-14 against Marbury in a game that saw chances to win.

A playoff spot or one of the top two seeds could be on the line in those final three region games, making the three road games extremely important late in the season.

The Wildcats will hen finish off the regular season with a Thursday-night game against Woodlawn on Oct. 27 with hopes of a third consecutive playoff game a week later.