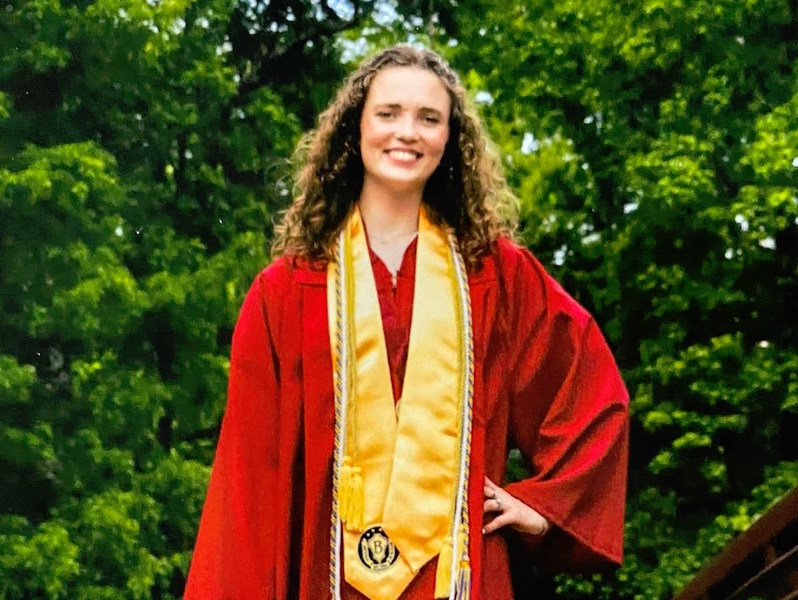 Shelby County High School’s Ava Vansant has been announced as the 2022 recipient of the $1,000 scholarship given each year by the Columbiana Kiwanis Club. (Contributed)

Vansant is a member of the SCHS Key club, which is a branch of Kiwanis International.

Vansant was chosen as the winner for her outstanding work with key club, but she said she’ll humbly tell you she just helped a little at the fair last fall.

Kiwanis member Vicki Letlow, however, told us she helped more than just a little.

Setting up for the ribbon competitions at the State Fair is a quite an undertaking, and Vansant was able to help set and organize those competitions when volunteer hands for the fair were few and far between after two years of dwindling help due to COVID.

Vansant, who was also this year’s Miss SCHS, an honor bestowed to one female student each year that serves as school hostess for various school events, was also involved in Future Farmers of America, volleyball and the fishing team.

She’ll be attending Jefferson State Community College in Clanton this fall and is considering a business degree. Vansant said one of the benefits of being in Key Club was the chance to get to know other students she didn’t know very well before she joined.

Scholarships are just one of the many benefits the Kiwanis club has provided for the community over the years. The club’s interests are geared heavily toward providing funds in areas that help with education across the county.

In addition to partnering with Miss Alabama Isabella Powell to install a sensory room at Columbiana Middle School in 2019, they’ve also provided donations for the school libraries in Mt Laurel, Chelsea, Vincent and Columbiana schools and have sponsored Boy Scouts working toward Eagle Scout projects.

The Columbiana Kiwanis Club is actively looking to grow its numbers now that people are gathering again.

The local chapter, chartered in February 1947, has managed to supplement public education for more than 70 years now.

But, as with everything, they’ve seen a drop in the number of members over the last two years.

“It’s time to recruit some new blood to the group if we are going to be able to keep going,” Vicki Letlow said.

If you are interested in providing an extra set of helping hands to the Kiwanis Club, you can reach out to Michael Letlow for more information at Mletlow64@gmail.com.

You can also find them at the Columbiana Farmers Market on Saturday, Aug. 6. The club meets on the first and third Tuesdays at Columbiana United Methodist Church at 200 N Main Street.