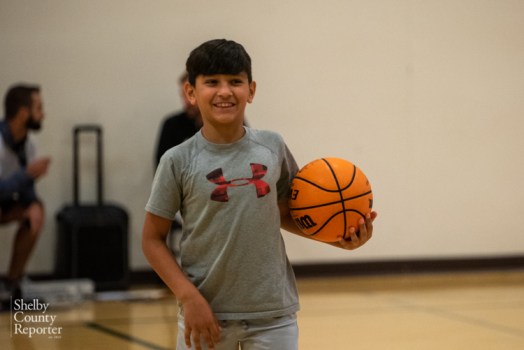 There were between 180 and 200 campers at this year’s Pelham basketball camp June 27-29, as those in attendance got to learn from a boys team that made the Sweet 16 and a girls team that made its first Final Four. (Reporter photo/Keith McCoy) 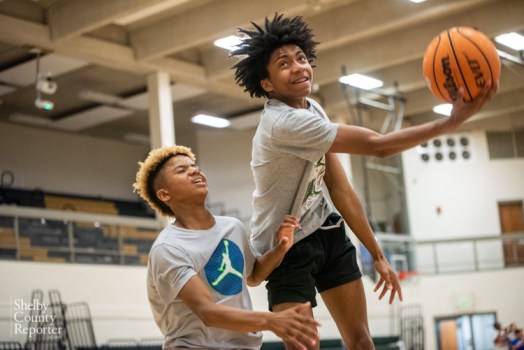 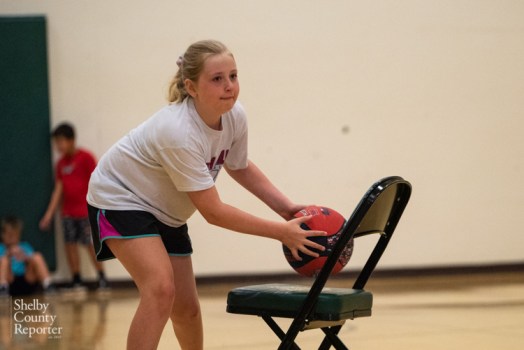 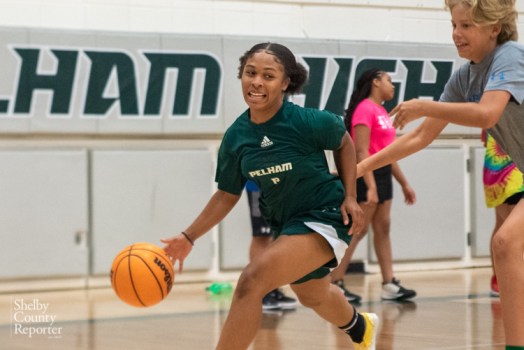 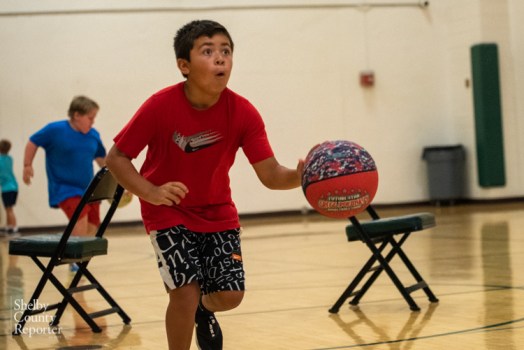 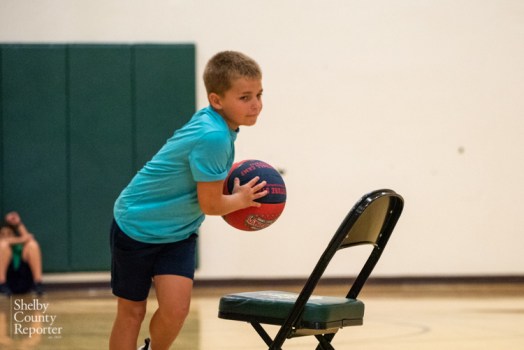 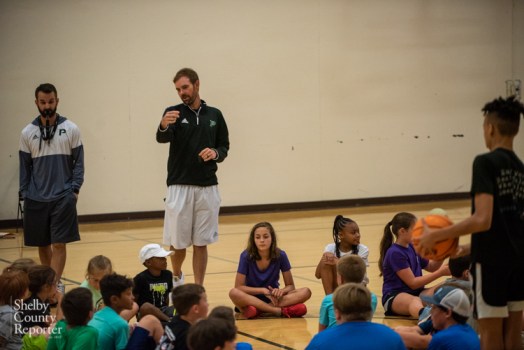 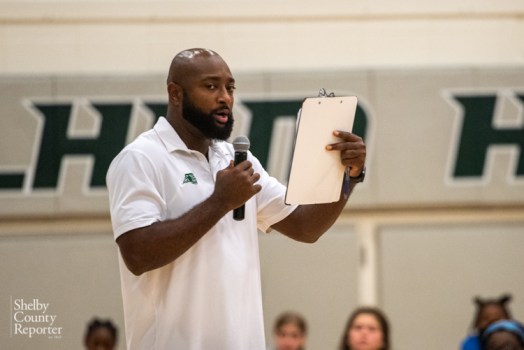 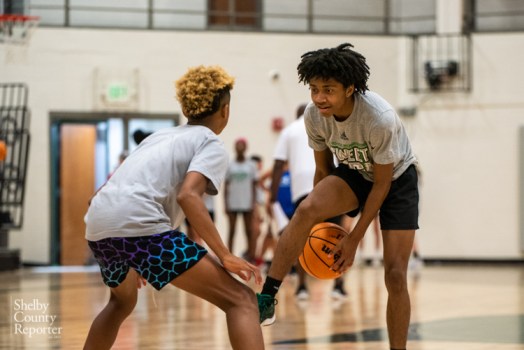 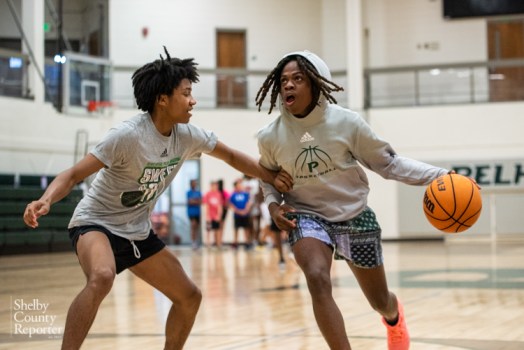 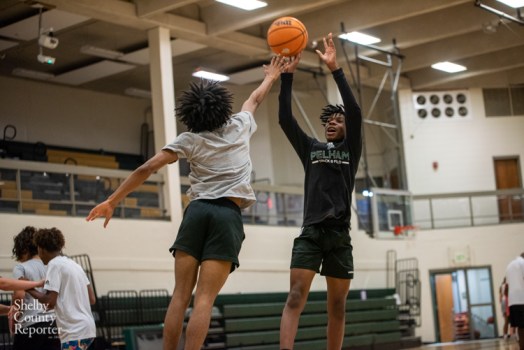 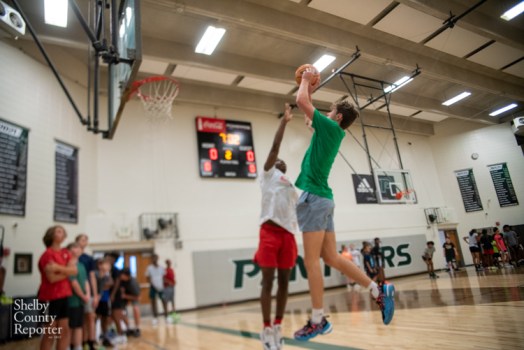 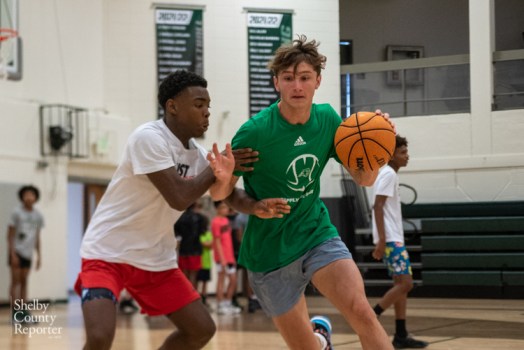 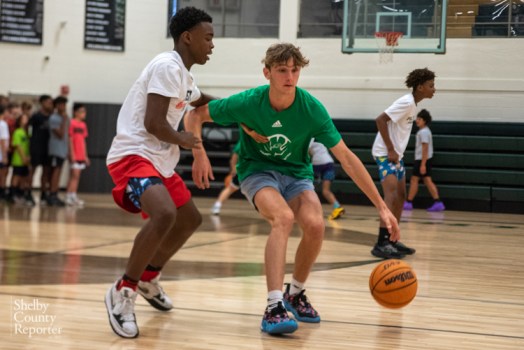 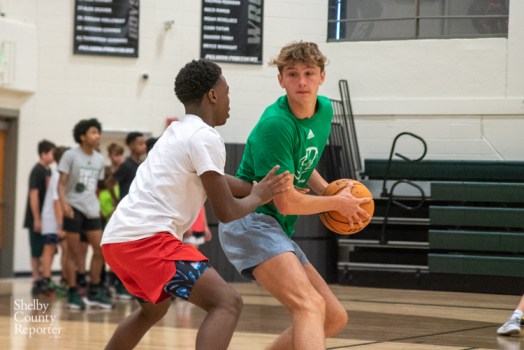 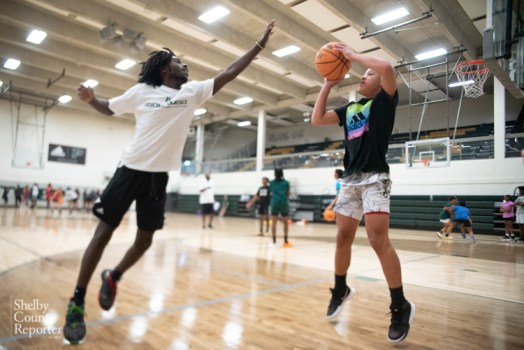 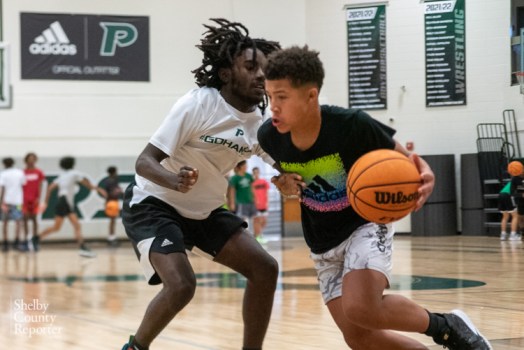 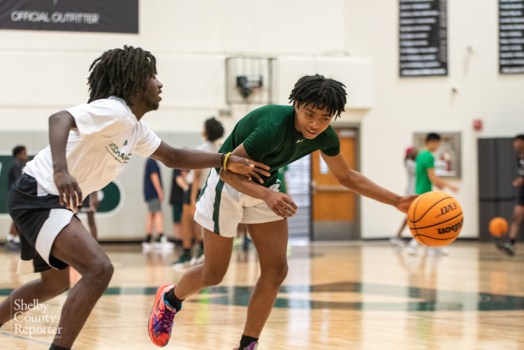 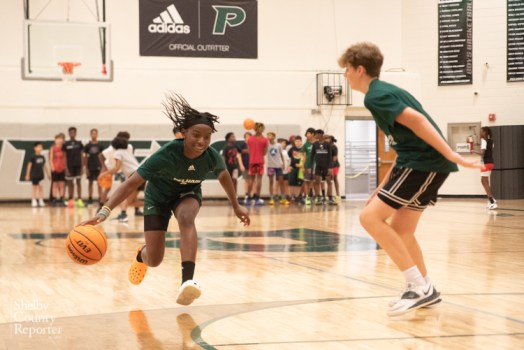 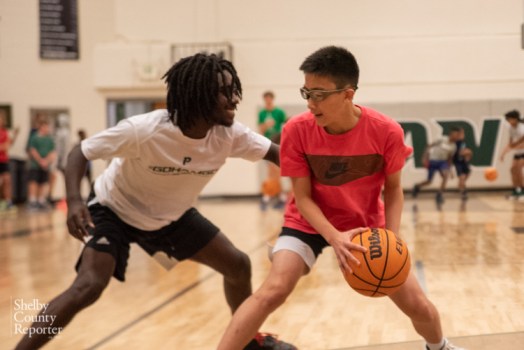 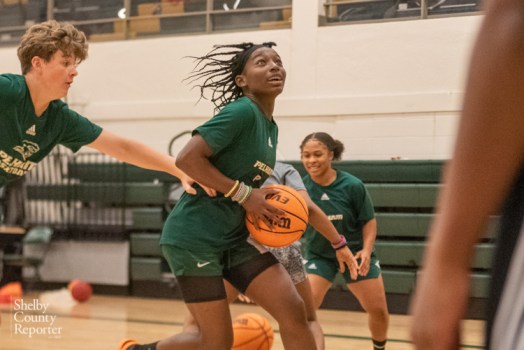 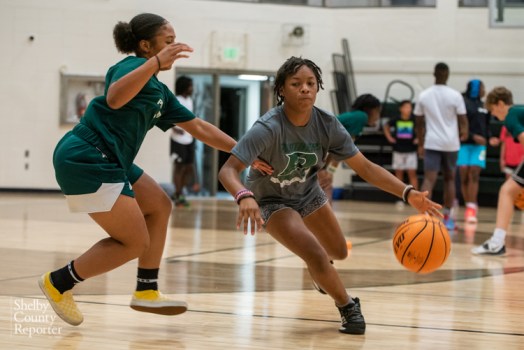 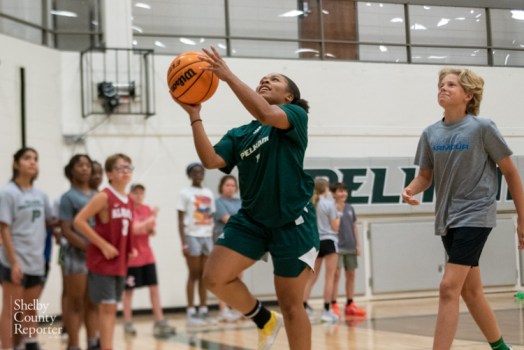 That was the day he got to walk up to the coaches, shake their hand and take a picture with them.

Now, heading into his third year as the head coach of the Panthers and after seven years at Montevallo as the head coach, that still remained his favorite part of this year’s youth camp at Pelham High School June 27-29.

“Seeing the kids have fun is what it’s all about,” Dickinson said. “Seeing the excitement on their face. Starting with something new, but figuring it out as camp goes along and getting your attention to show you they figured it out, that’s special. Then, when the kids and parents come up and say how much fun they had, that means the most. I remember when I was a kid in camp, that last day going to the coach, shaking his hand and taking picture. I still have those pictures. That last day, seeing and knowing that they learned something is rewarding.”

This year’s camp at Pelham was also one of the largest and showed growth from the first one hosted by Dickinson last summer.

“It means a lot to see that growth,” Dickinson said. “It shows that the kids are showing a lot of interest at a young age. It’s important to keep that fire in them so they don’t lose interest. We want them to have fun. We teach them the fundamentals, but we want to keep that fire in them to enjoy it. We want them to go home and tell mom and dad how much fun they had so they’ll want to come back next year.”

To create a fun environment, not only did the varsity boys and girls run a lot of the camp, but there were fun competitions each day that saw the kids, players and coaches all involved.

The campers were split up into different teams in a tournament and records at different competitions were kept throughout the week before a tournament was played on the final day.

They played a game called beat the pro where the kids got to choose one of the many goals in the gym to go up to where a coach was waiting. The campers got to challenge any coach they wanted to by trying to score for a reward.

They also played knockout and bucket ball, which is a relay-type game.

Seeing the excitement was something was something that stuck out to Dickinson, while the campers got to enjoy being taught by players and coaches from the boys and girls teams who were part of special 2021-2022 seasons.

The girls made their first Final Four in school history this past season, while the boys made yet another Sweet 16.

However, not only did those in attendance at the camp get to learn from the players and coaches on the team, but the players themselves got to take on the part of being role models.

“We meet with the high school kids the day before and explain to them how important this is,” Dickinson said. “They love it. They love taking on that role and being a role model for those kids. Now, when they come to the games during the season, those kids can speak to them and say, ‘Hey, I was at camp.’ Our varsity kids love that. Just to get the future more involved with the older players and have that big brother and big sister kind of relationship.”

It’s a continued step in building powerhouse programs for both Dickinson and girls head coach Crosby Morrison as they try to create excitement around the program and community in Pelham.