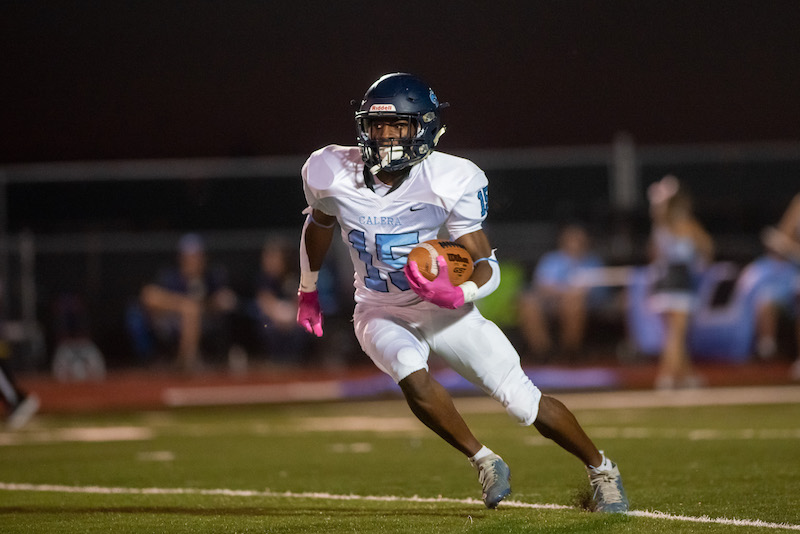 The Calera Eagles will look to build off last year’s historic season at the 6A level with more success against a challenging schedule of opponents in 2022. (File)

Year one of the Jason Hamlin era at Calera exceeded expectations.

The first-year head coach led Calera to a 7-4 record, a playoff appearance and a finish of third in the region standings. All of those were firsts at the Class 6A level, as the Eagles had won no more than one head-to-head game the three previous seasons.

Now, the focus shifts to handling expectation and continuing to take strides forward in 2022 and the schedule won’t make it easy.

From a talent standpoint, the Eagles will lose their top two running backs and Alabama signee Kobe Prentice at receiver, but they’ll also have a lot of key pieces back, which should prevent a drop-off this season.

That said, the schedule will feature plenty of hurdles this season with six teams that made the playoffs last year.

There will, however, also be plenty of opportunity on the schedule, especially early.

The Eagles will face a difficult test in the opener on Friday, Aug. 19 with a matchup against county foe Spain Park.

The Jags will have new head coach Tim Vakakes leading the way. With it being his first game and building excitement around the program, they’ll be ready to give it their all to start on the right foot.

Following the opener, Calera will get a second straight 7A opponent on Friday, Aug. 26, but it will come against county opponent Chelsea, who the Eagles beat 31-21 last year to end a three-year losing skid against the Hornets. That marked just the second win in the last 11 meetings between the two, but Calera still leads the all-time series 21-12-1.

Chelsea will also be under a new head coach in Todd Cassity, as this game will offer both a good opportunity to gain confidence heading into challenging regions.

The next three weeks will be key for Calera.

The Eagles will take on the only two teams in the region not to make the playoffs last year in that span, meaning a fast start is important.

Last year, Calera snapped a three-game losing streak in the series by beating Benjamin Russell for the first time in a 41-17 victory.

That will be followed with a second road matchup in a row against Homewood on Friday, Sept. 9.

A win in this game would be a huge momentum boost early in region play if the Eagles can somehow find a way to start 2-0. It will mark the first-ever meeting between the two schools.

Then comes another must-win battle against Chilton County on Friday, Sept. 16.

Following three of the first four on the road, the Eagles will return home for this region matchup in hopes of a possible 3-0 start to region play, which would go a long way with a difficult final leg to the region schedule.

Calera won last year’s matchup 21-0 and won 24-21 the year before, which should give the Eagles confidence heading into this year’s game as they have now evened the all-time series record at 4-4.

It will start at home on Friday, Sept. 30 with a matchup against Pelham.

Last year, that game went down to the final seconds with Pelham overcoming a deficit to win a thrilling 34-30 game. The last three in a row have all been decided by eight points or less, while the Eagles have lost four of the last five in the series.

That stretch will start with a road game against Briarwood on Friday, Oct. 7.

Briarwood has made the second round of the playoffs each year since 2014 and could be the favorite to win the region title this season.

The two teams have met eight times with Calera winning the first six games and Briarwood the last two, but they haven’t played against each other since 1993, making it a fun renewal of a county battle.

A week later, Calera will get defending region champion Helena at home on Friday, Oct. 14.

Calera is just 1-5 all-time against the Huskies, but the Eagles led last year’s game late before a Helena comeback, while they have lost the last two years by a combined 11 points following a 14-13 loss in 2020.

The Eagles will then host their final home game of the season on Friday, Oct. 21 when they welcome Gadsden City to town for a non-region matchup.

Calera will close out the regular season with a road test against McAdory on Friday, Oct. 28.

The Yellow Jackets finished last year 7-4 after a 5-0 start to the season. This will mark the first meeting between the two, as they’ll look to enter hopeful playoff matchups a week later with confidence. 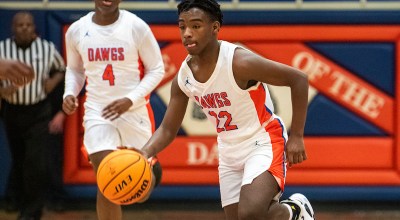 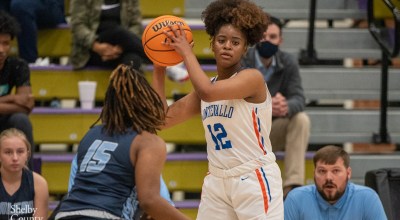