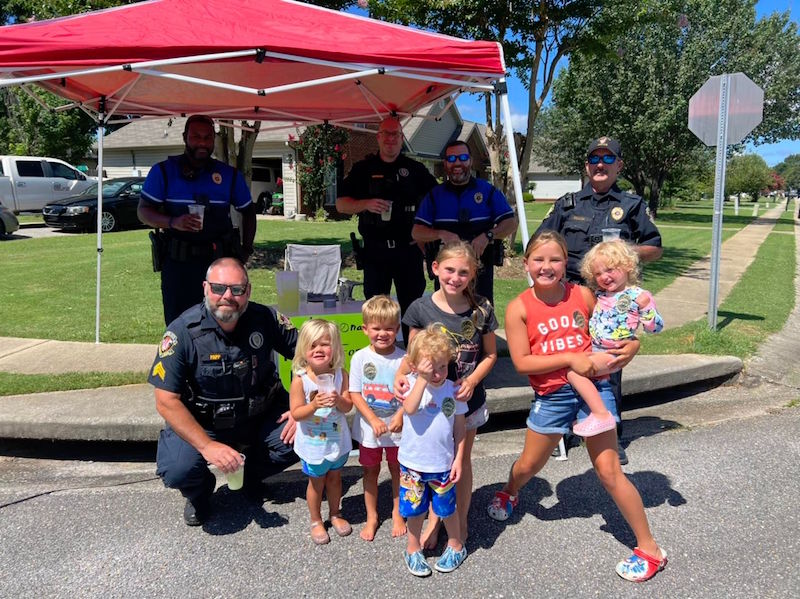 ALABASTER – When Alabaster’s Handley Abbott heard about the recent tragic events of the passing of Deputy Brad Johnson, she decided she wanted to open a lemonade stand to serve local law enforcement.

“She had already been planning to have a lemonade stand that morning, and invited a neighbor to help (with their younger siblings),” said Handley’s mom, Lacie. “She heard about the officer that was killed last week, and she wanted to offer free lemonade to law enforcement. We have a few Alabaster Police officers, state troopers and retired law enforcement that live in our neighborhood, so we set up the stand and had a great turnout.” 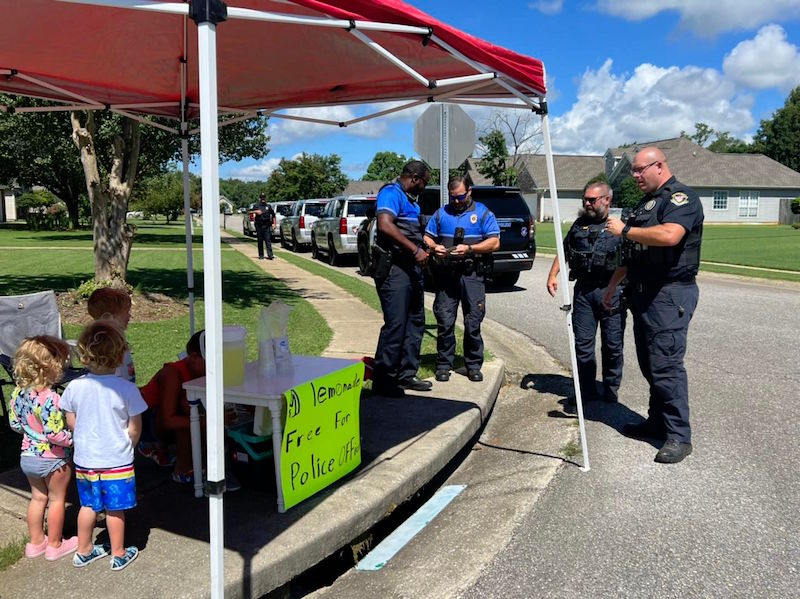 The 10-year-old garnered the attention from the Alpha shift of the Alabaster Police Department, when an officer noticed the stand and reached out to other colleagues to stop by and take part in the free cups of kindness.

“One of the police officers on duty saw the stand and called the other officers on his shift,” Lacie said. “Five police SUVs came around the corner at once and the kids were in shock. I was in tears. It was such a cool experience. They were handing out police badge stickers and giving the kids donations even though they didn’t have to pay.”

Lacie said the best part of the experience was to see the officers taking the time out of their day to interact with the kids.

“They made sure to talk to every kid and make them feel special,” Lacie said. “Every kid and adult left with a smile on their face.”

Police Chief Curtis Rigney said the police department is very fortunate to serve a community that does such wonderful, supportive things like this for the officers.

“As a department, our officers take opportunities to interact with the community whenever we have the chance,” Rigney said. “We appreciate the relationship we have with our community.”

The police department also shared a post on Facebook saying, “Lemonade and new friends? Consider us there!”

The lemonade came at the perfect time, not just because of the hot summer day, but because of what was a tragic few days for police officers across the state due to Johnson’s death.