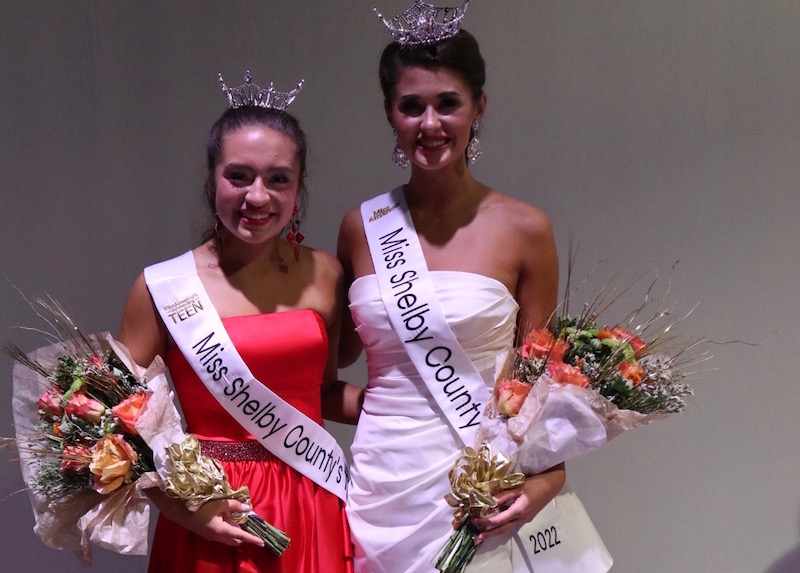 Dulaney, a junior at the University of Alabama, had just competed in the Miss Alabama pageant a week prior to the competition.

“I couldn’t believe it because I decided to do Miss Shelby County very last minute,” she said, noting that family and friends had encouraged her to participate. “I just went out there and had fun. I was very pleased with all of my performances. And then when they called out my name, it was just the cherry on top.”

For her talent, Dulaney performed a classical ballet dance en pointe to “Man of La Mancha” from the Broadway show “Don Quixote.” Dulaney was also named the talent show winner, while she gained the title of Miss Congeniality.

“I’m really thrilled to be representing the Shelby County community,” she said. “I think this is really a special program the way the community comes up and surrounds Miss Shelby County.”

Casey, an Oak Mountain High School student from Indian Springs, went into the competition with a unique back story, as her mother, Emily Bell Casey, was Miss Shelby County in 1994.

“So many things went through my mind; so many emotions,” Casey said. “I was happy and excited, trying not to cry. I was just blown away, honestly, and very honored to have the opportunity to serve Shelby County, and also to promote my platform Twirl Away ALS.”

Casey is a competitive baton twirler and holds baton camps to raise money to support ALS patients like her cousin, Marjie Block.

For her talent, she performed a twirling routine to the song “Eyes Like Yours” by Shakira.

“I love getting to promote my passion for ALS and to involve my passion for baton twirling,” Casey said. “They’re both things that I’m very passionate about and that I love to do so much.”

Miss Shelby County Pageant Director Pam Oliver said she was excited to have the two representing the organization.

“I could not be happier with our new winners and look forward to a great year with them,” she said.

The Runner-Up in the teen category was Grier Feldman.