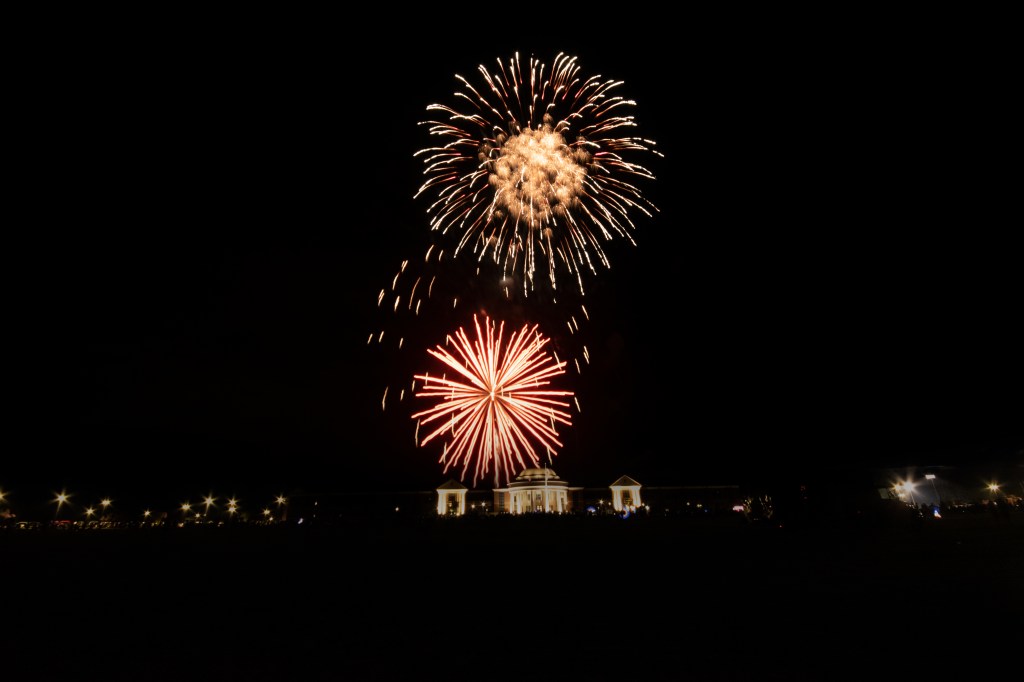 The city of Alabaster held its annual Fourth of July fireworks show at Thompson High School on Saturday, July 2 with a large crowd in attendance to celebrate. (For the Reporter/JoPaul Cates)

By NOAH WORTHAM | Special to the Reporter

ALABASTER – The city of Alabaster celebrated independence early this year with a Fireworks show on Saturday, July 2.

The main event, held at Thompson High School, was organized by the Parks and Recreation Department and started at 6 p.m.

There were various food trucks available at the event such as Chubbfathers, DixieDogs N Coneys and Kona Ice. There were also games such as corn hole, badminton, bocce ball and even bounce houses for the kids.

According to Neal Wagner, the city’s communications director, the event “ran very smoothly” and was “world class.”

“It was a great event, and the attendance was outstanding,” Wagner said.

The fireworks show started at 9 p.m. after the sun went down and lasted approximately 15 minutes.

“It was a great way to celebrate Independence Day and it’s something we look forward to hosting for our residents and visitors every year,” Wagner said.

Alabaster residents can look forward to the annual event continuing in 2023 alongside other city events that can be found on the Alabaster Parks and Recreation Facebook page or their website at al-alabaster.civicplus.com.