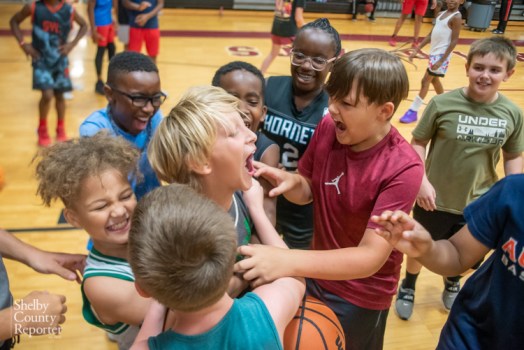 Campers at this year’s Bobby Madison basketball camp celebrate following one of the many fun moments throughout the week. (Reporter photo/Keith McCoy) 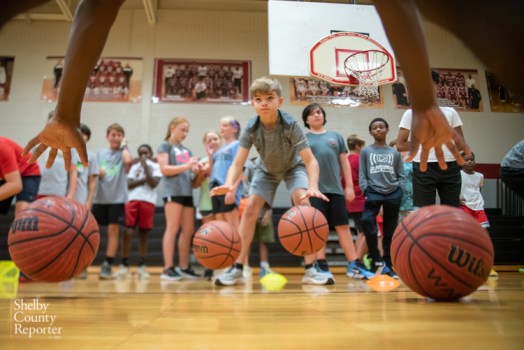 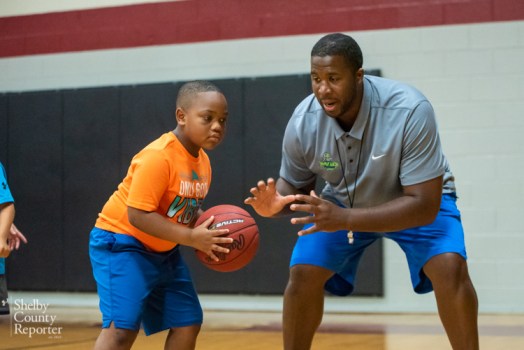 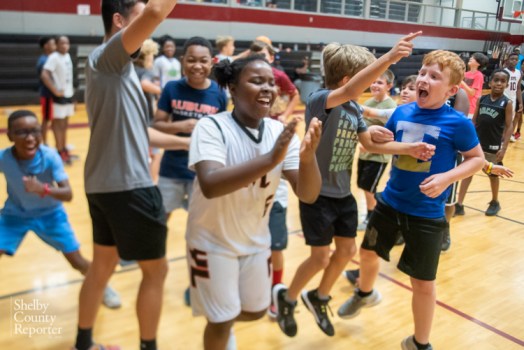 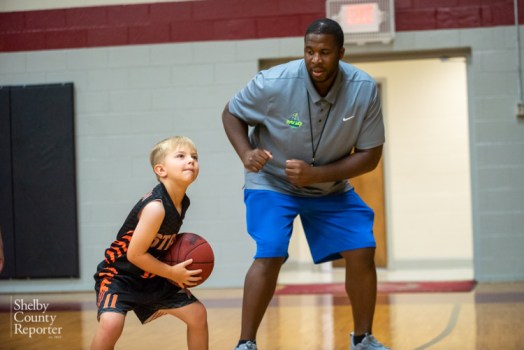 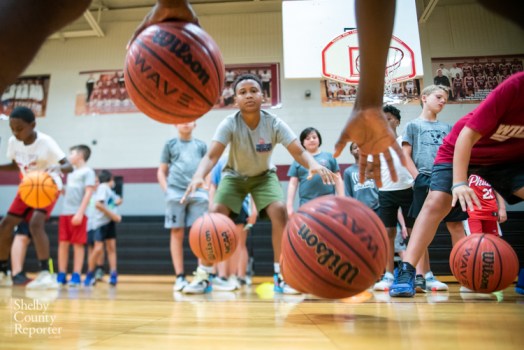 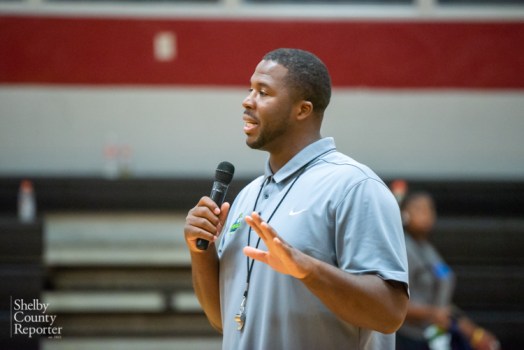 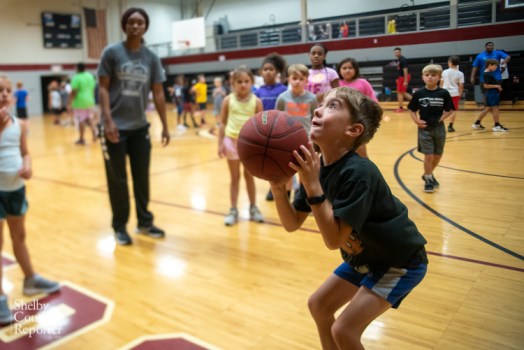 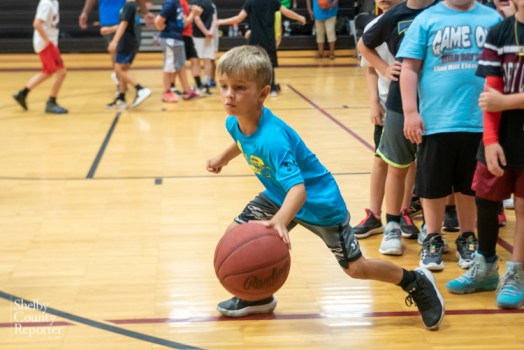 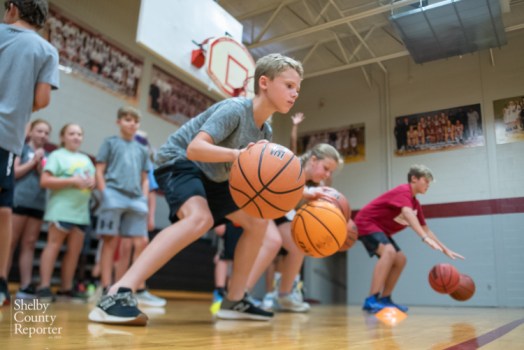 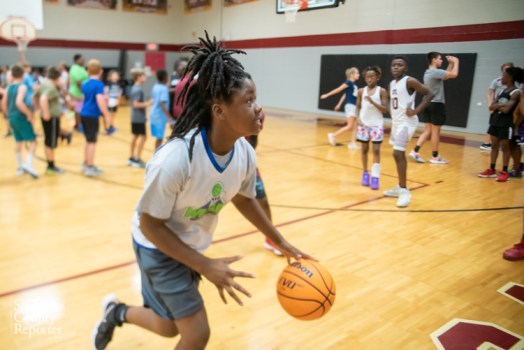 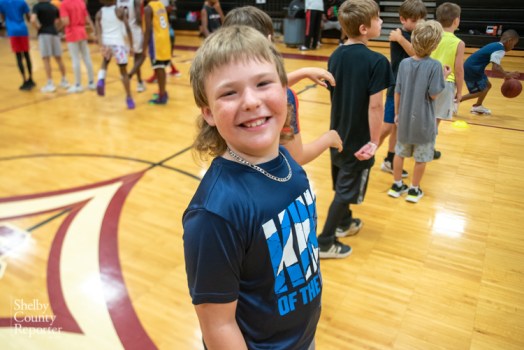 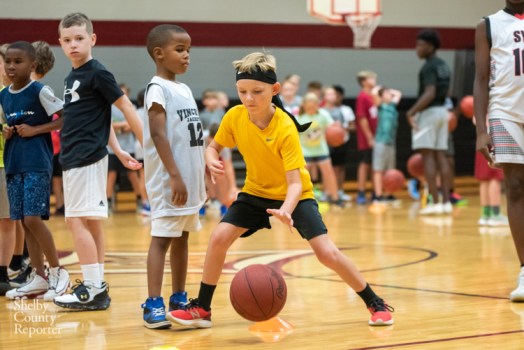 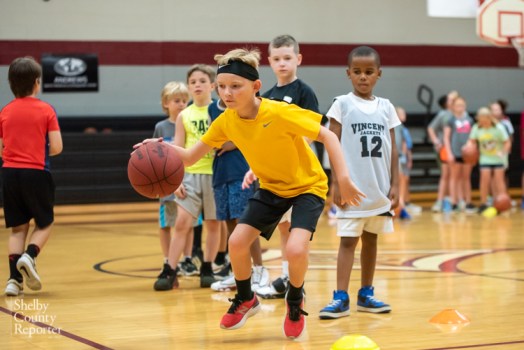 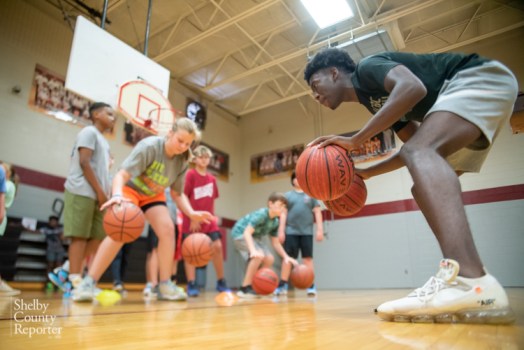 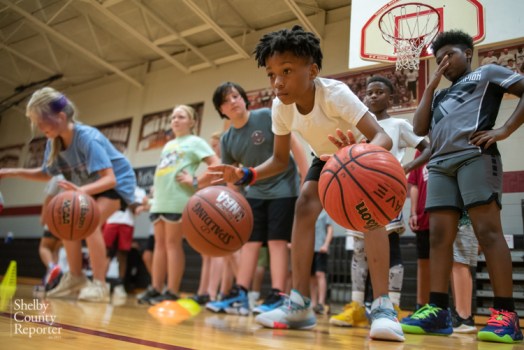 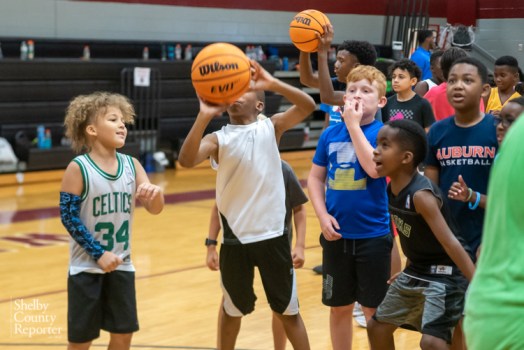 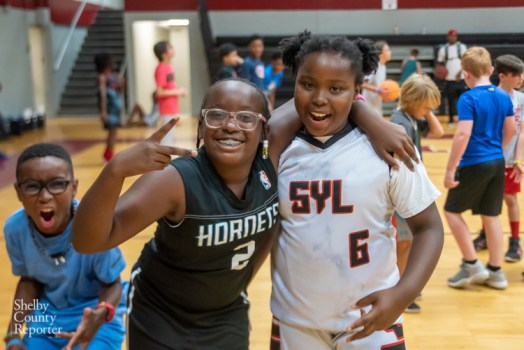 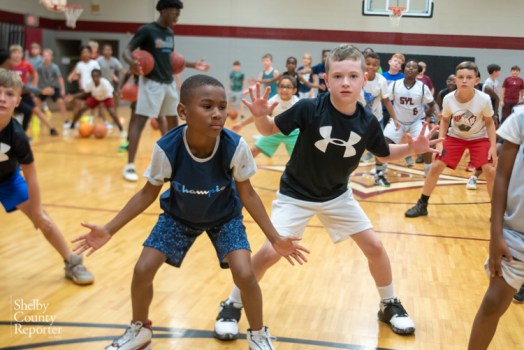 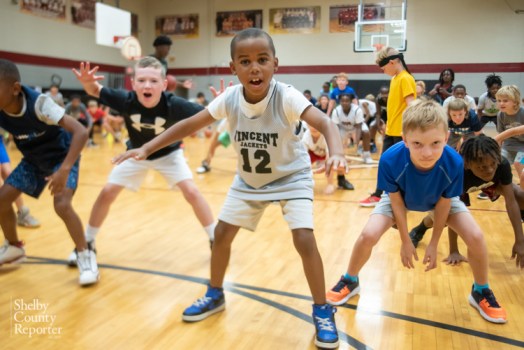 This year’s camp presented a continued return to normalcy as the beloved local legend returned to teaching a new class of all ages from elementary to high school, which included more than 150 participants.

“This second generation of kids, they’re obviously different,” Madison said. “We’re in a different world than we were just 10 years ago, but I still see the excitement, I still see the joy. I try to make sure I’m still staying true to why I started the camp—to teach the fundamentals of basketball, teach them the right way to play the game and to be good teammates.”

In many ways, kids have changed since Madison began his camp more than a decade ago, but there are some elements that will always remain the same.

“The last two or three years dealing with COVID, for the younger kids, it’s kind of new to them,” Madison said. “They had no idea what basketball camp looked like, but the energy—that never changes. They like to have fun, they like to play and really they like to learn. Those are the things that will always remain.”

Madison always brings in an experienced staff to help him run the camp and impart valuable instruction to the young ball players.

However, this year was extra special as he was able to bring in counselors who were part of his first generation of campers.

“We had a couple kids that were former MVPs of the camp in 2012 and 2013,” Madison said. “That was a really good feeling just seeing some of the hard work that the kids have put in being on campus for nine or 10 years and now going on to playing college basketball. That made me realize it’s a good cause in what I’m trying to do and teach here in the community.”

Madison said seeing those former guys helped make the camp special this season because they were able to take some of the things he taught them and teach this year’s campers those same things.

His brother Tyler Madison also helped him run the camp while bringing expertise to the table as a former UAB Blazer.

Other Shelby County standouts such as Jon Michael Gay, a recent graduate, and reigning Shelby County Player of the year MJ Jones were also notable additions to the camp staff along with Montevallo alumni Lauryn Lilly and Te Smith, who both played for the University of West Alabama.

Madison said he wants to see all the kids have success as they progress to new levels of competition, but to always keep the big picture in the forefront of their lives.

“Looking back on the week we had, seeing the kids get better and work harder at what we’re trying to teach them, then seeing them have success, that is what I wanted out of it,” Madison said. “But most importantly, I want to see the kids have success in life. Of course I would like to see everyone make it to the NBA or make it to college, but every kid that attends camp can have some success in life. That’s the foundation I started the camp on and what it remains today.”