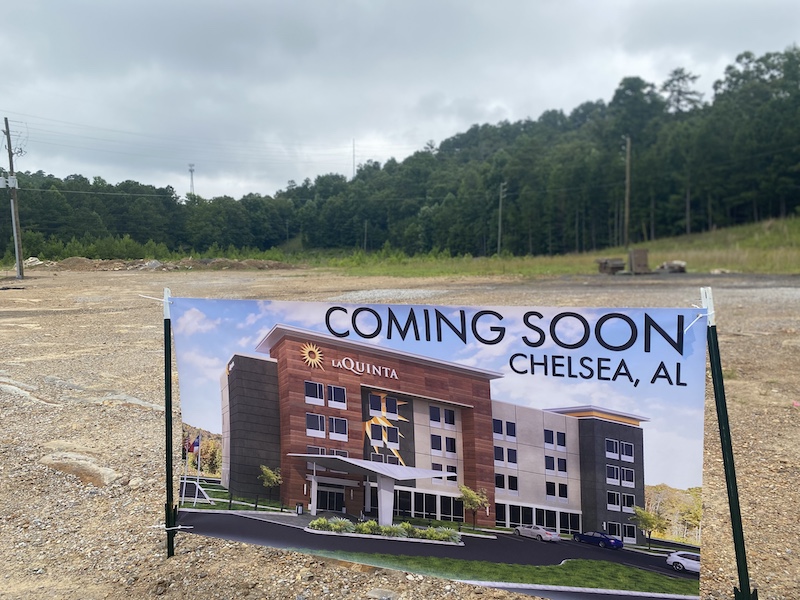 The city of Chelsea in partnership with the Shelby County Commission broke ground on what will become the project site for the city’s first hotel property, a La Quinta hotel. (Reporter Photos/Michelle Love)

CHELSEA – On Monday morning, July 11, the city of Chelsea broke ground on what will become the project site for the city’s first hotel property.

The future La Quinta Hotel will be located at 110 Atchison Drive behind the Arby’s and newly opened Buffalo Wild Wings.

The groundbreaking was held in part by the Shelby County Commission with special guests including Lt. Gov. Will Ainsworth, Chelsea Mayor Tony Picklesimer and the heads of Auburn Hospitality and Wyndham Hotels & Resorts.

Ainsworth praised Shelby County as a whole for the amount of growth that has taken place even through the pandemic, and cited the hotel as another major step in expanding the infrastructure of the county.

“It’s amazing to see the growth that’s coming through Shelby County,” he said. “It’s also exciting news from a state standpoint…Shelby County and Chelsea are a huge part of that growth, and you all are going to continue to see more growth. Congratulations on what you’re doing as a city and a community.”

Ainsworth finished his speech by saying from a state standpoint, he looks forward to helping the city grow, and he encouraged members of the city of Chelsea and its business community to reach out to the state for any needs they may have.

Krishna Paliwal, President of La Quinta and Hawthorn Brands and Head of Architecture, Design and Construction for Wyndham Hotels and Resorts, thanked the mayor of Chelsea for his support.

“We could not do this without your support, Mayor,” he said. “What you have done for this city, for our community is tremendous, and building this hotel is not just building a building – you are farming the seeds and growing and building businesses that provide jobs for many members. On behalf of La Quinta and behalf of Wyndham, I want to thank you for letting us build this hotel in your state and in your city.”

Vic Patel, President of Auburn Hospitality, said the hotel is going to have 82 rooms with four stories, and they are planning on starting the site work in the next 30 days. Patel said the plans should be ready by August or September, and they’re hoping to have the hotel completely finished by this time next year.

“What a great day for our city of Chelsea today,” Picklesimer said. “This is truly a dream come true for so many reasons and so many of us. We are extremely grateful to have you here. In life, you can tell a lot about the significance of an event by the guest list of people who deem something important enough for them to be present…today is a shining example of this.” 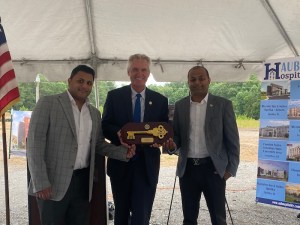 Picklesimer thanked Patel, Anish Amrutlal and the other members of the Auburn Hospitality crew for their dedication to the project and welcomed them to the Chelsea family. He then honored Patel and Anish Amrutlal with a special golden key to the city of Chelsea, marking another first for the city.

“To remember that we began this journey almost two years ago now, it is so exciting to see this project come to fruition,” he said. “To add another star to your portfolio and a beautiful edition to your company, I say thank you. Your commitment here and your investment here are very much appreciated. We, the citizens of Chelsea, promise to be good neighbors to you and to promote and utilize your business in the best way we know how.” 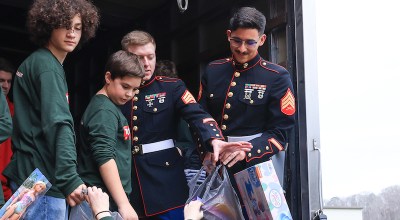