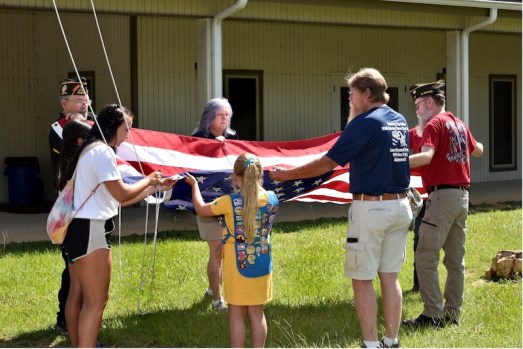 Over the past month collection boxes for old tattered and torn flags were placed around Chilton and Shelby counties for the ceremony. Over 48 flags were collected. (For the Reporter from Chic Cecchini) 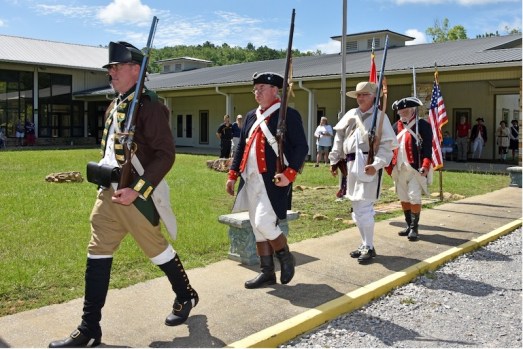 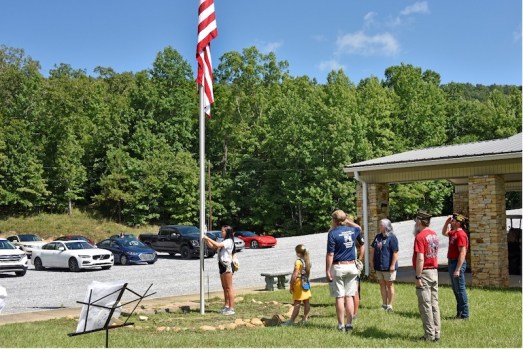 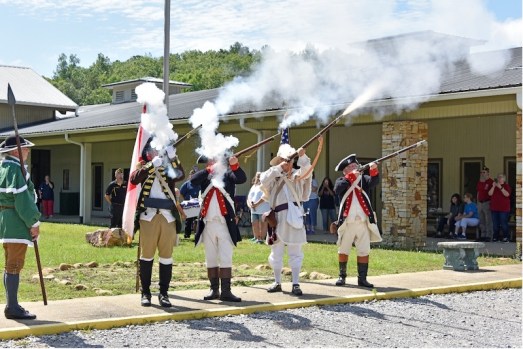 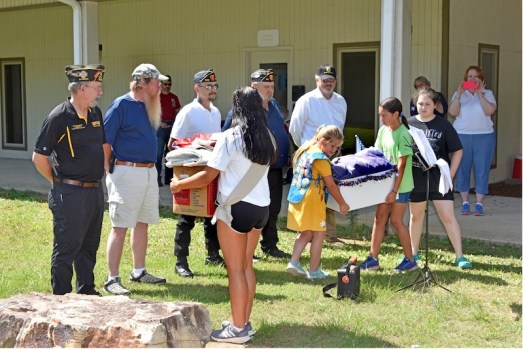 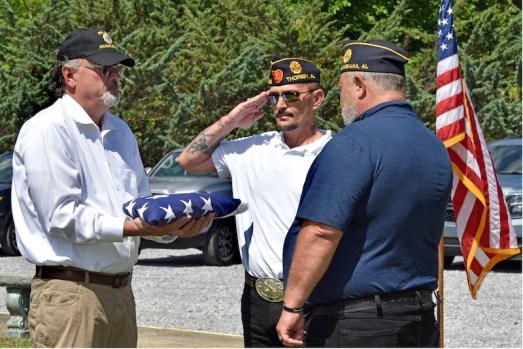 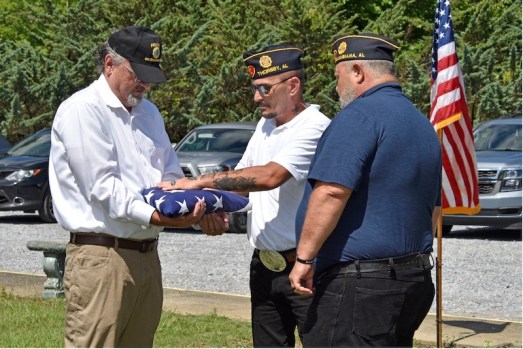 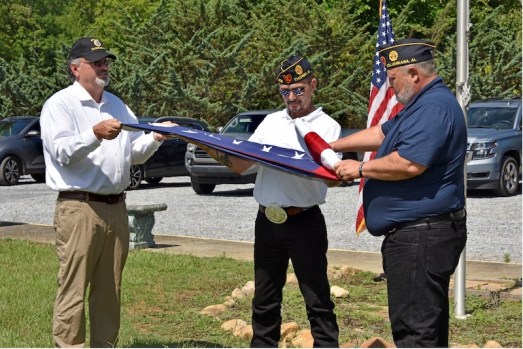 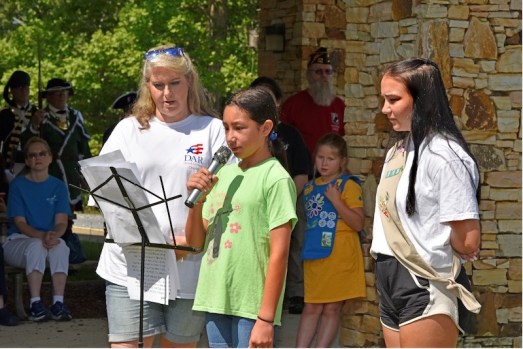 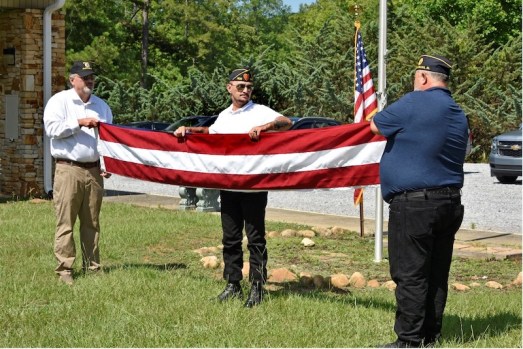 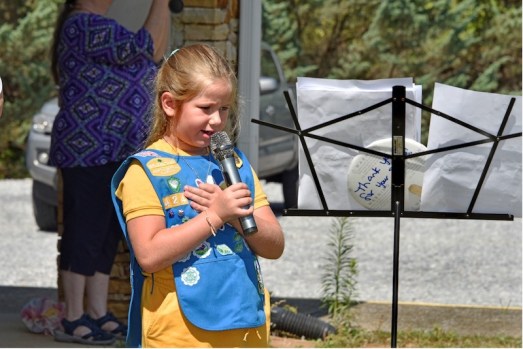 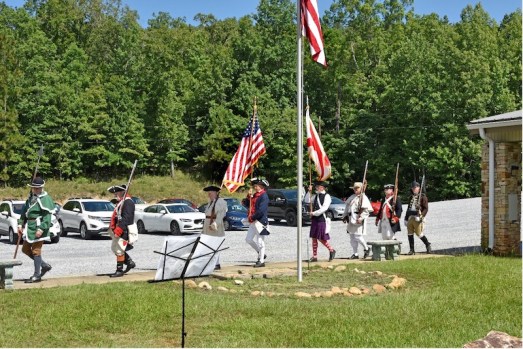 CHELSEA – On Saturday, July 2, 2022, Kristi Averette with the Daughters of American Revolution and local Girl Scout troops held a flag folding and retirement ceremony at the Kanawahala Program Center in Chelsea.

Joined by the Sons of American Revolution Averette, the Veterans of Foreign Wars, the American Legion and welcomed guests, all participated in raising of the flag to begin the program.

Maddie Nolen led everyone in the Pledge of Allegiance. During the brief program, those in attendance heard about the importance of the flag, the U.S. Flag Code and what the flag means to the U.S.

Over the past month, Averette and several of the Girl Scout troops created displays and collection boxes for old tattered and torn flags. The boxes were placed around Chilton and Shelby counties. Over 48 flags were collected for proper disposal.

The U.S. Flag Code states that when it is in such condition that it is no longer a fitting emblem for display, it should be destroyed in a dignified way, preferably by burning (Sec 176, United States Code, Title 36 Chapter 10).

Preston Bell, Mark Freeman and Jimmy Flowers with the American Legion Post 131 Columbiana lowered the flag and folded the flag ceremoniously as Daisy Middleton, Sophia Kite and Averette recited what each fold meant.

At the conclusion of the main ceremony, the SAR color guard fired musket shots and Taps was played. The collected flags were then presented to members from the VFW post 12185 Alabaster and American Legion Post 131 Columbiana. Each post will perform its own retirement ceremony and dispose of the flags properly.

A second portion of the ceremony was held around the fire pit where the Girl Scouts and the VFW properly disposed of several flags for individuals who wished to participate. This was led by Bill Millington, Post Commander Post 12185.

The two organizations extended their gratitude to all the businesses in Clanton, Helena, Montevallo, and Pelham that allowed them to place collection boxes within their business.

Those who were unable to drop off your flags can still reach out to any of the listed organizations, and they will be able to assist in the process.