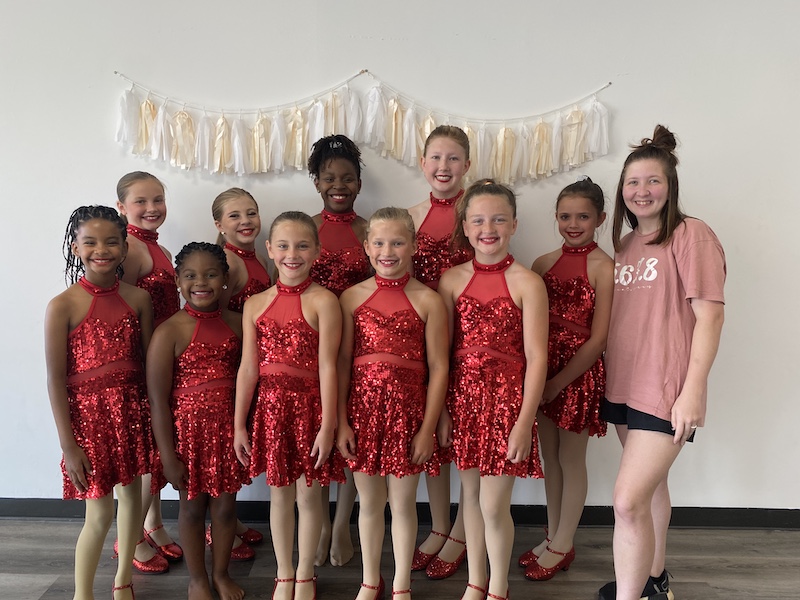 PELHAM – The dancers of Pelham’s 5678 Dance Company represented the city and their studio at this year’s Dance the World Disney event on Tuesday, June 28 and Wednesday, June 29.

Studio owner Belle Glenn said she was nervous about planning choreography for such a high-level event, but the girls did a fantastic job preparing and rehearsing.

“Our girls were fabulously at Disney,” she said. “Our dancers Audrey Malone, Kaylen Oden, Nevaeh LeRoy, Tanner Forrester, Bella Hagler, Khloe Pedrick and Brynleigh Johnson performed in the Magic Kingdom parade while Kollins Pedrick, Destiny Perry and Everley McDaniel performed in the Disney Springs parade. All of the girls performed in the showcase and were fabulous. We couldn’t have asked for a better representation of our studio, and we can’t wait to do it again one day soon.”

Glenn has 21 years of dancing experience, having started the craft when she was 2 years old. She has been teaching since she was 16, and signed the papers to open her first studio when she was just 19 years old.

5678 officially opened in February 2019, in what Glenn said ended up being too small a space. They moved the studio down the street to their current location in May. They take students as young as 18 months, and Glenn said once fall starts they will resume offering classes for adults.

Having spent her career taking lessons and working in a variety of different studios, Glenn always wanted to open her own studio that emulates a warm, family-like atmosphere where students not only can learn, but feel accepted and embraced by all.

“I’m so proud of them,” she said. “The studio I grew up in was great, I had great relationships there and great teachers. That’s what I wanted to bring into my studio. We don’t have fights or squabbles and part of that is because I know they respect me immensely. But they know how to have fun and enjoy themselves while still learning.”

Glenn added maintaining close-knit relationships with her students is always a priority.

“We are probably the smallest studio in the area, and while I would love to grow, I don’t want to get so big that a kid walks into the studio and I don’t know their name,” she said. “I want to make sure I form strong bonds with all of my students. They’re all so important to me.”