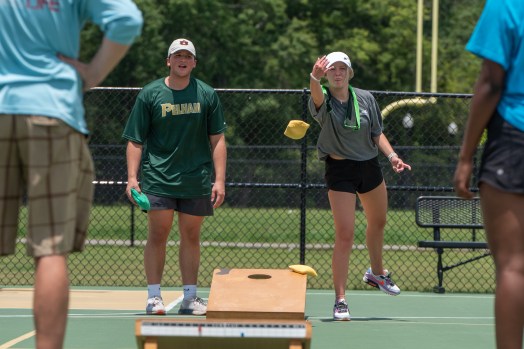 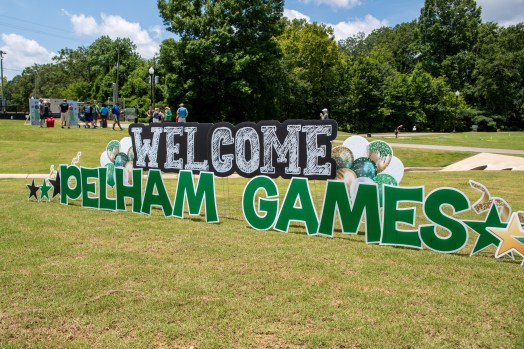 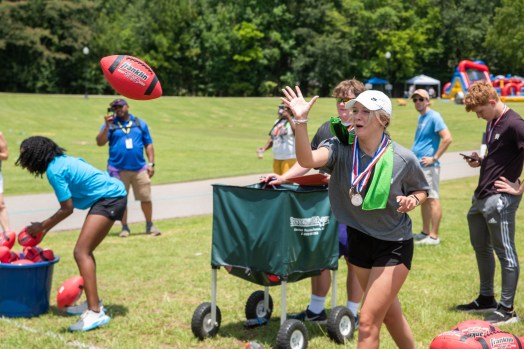 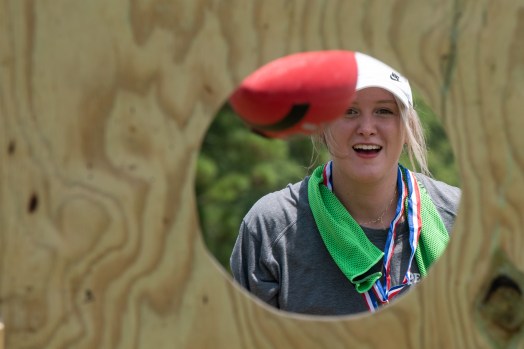 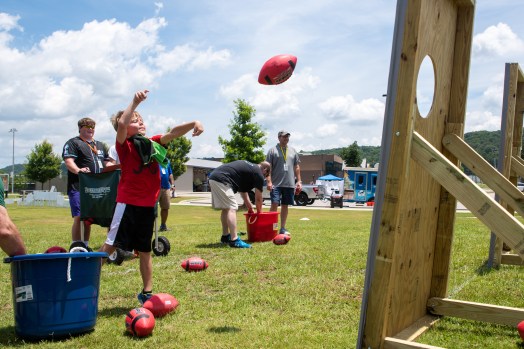 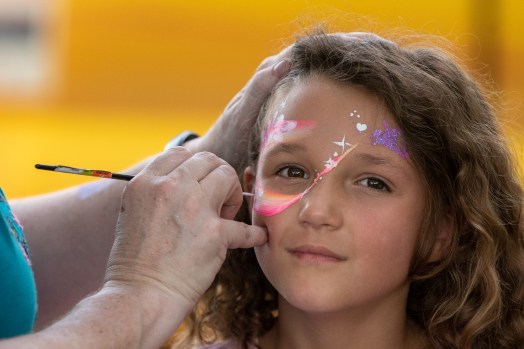 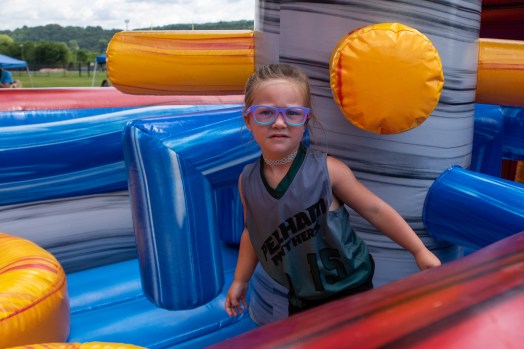 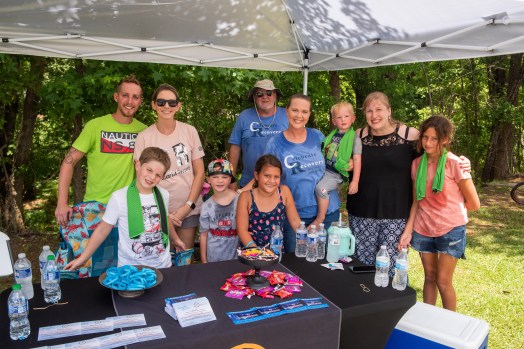 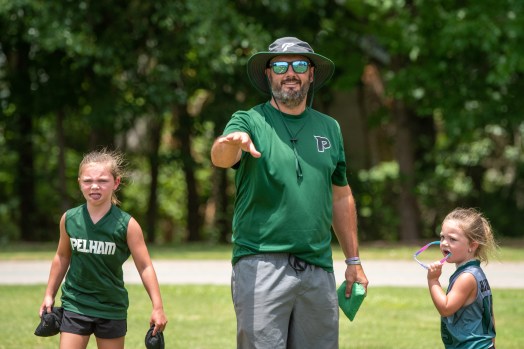 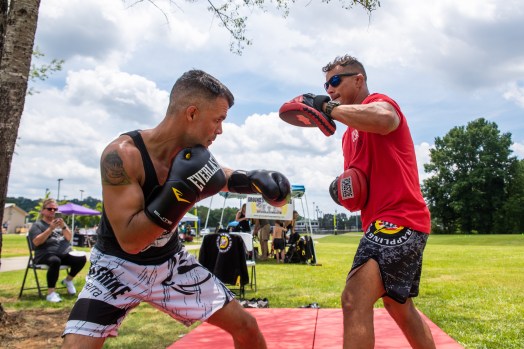 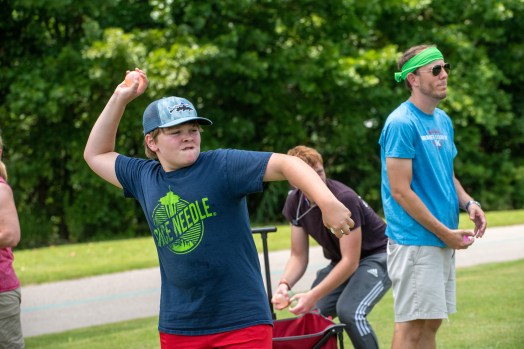 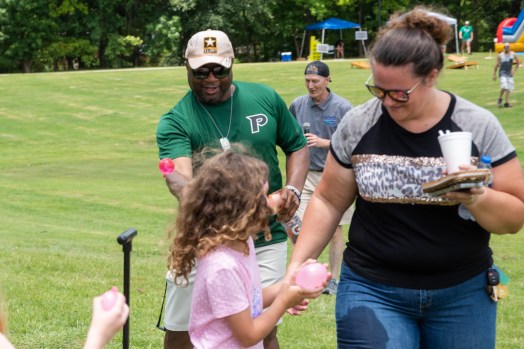 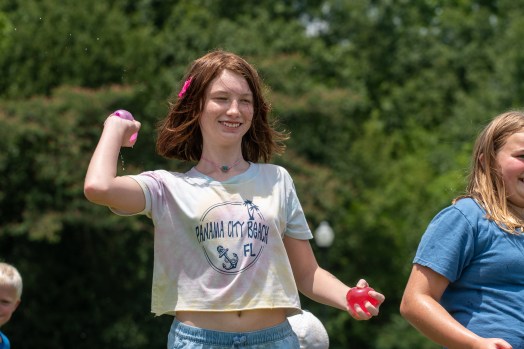 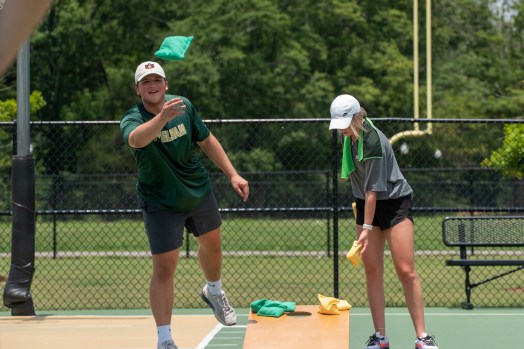 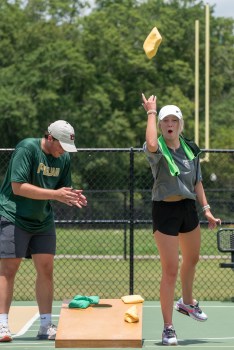 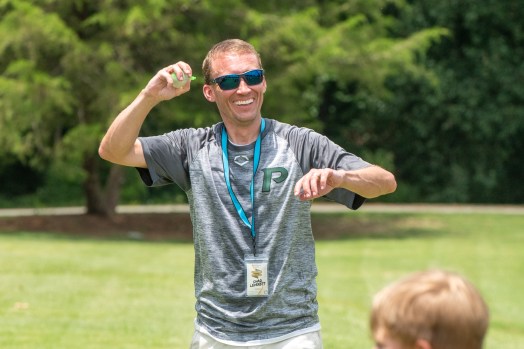 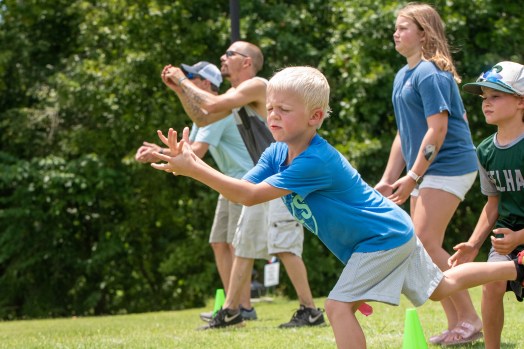 PELHAM – The sun shone bright on Saturday, July 9 at Pelham City Park as people gathered to take part in the inaugural Pelham Games.

The all-day event involved sign-ups for various tournaments throughout the day, tournaments such as cornhole, a water balloon toss and a football toss. Families of all sizes were present to take part in the games, which were divided up into singles and team events. Also present were local food trucks such as Uncle G’s Pizza and Krazy Good BBQ, local nonprofit Two by Two Animal Rescue, and other local businesses. Kids had a blast taking part in fun events like the bounce house and getting their face painted.

The event was held by Pelham BEAT (Beautification, Entertainment and Arts Team) as a way to not only rev up excitement about the World Games, but to introduce people to local businesses and vendors.

“It was a super hot day, but the rain held off long enough for the games,” said BEAT President Chad Leverett. “I want to give a big thank you to Sean Anderson, Kenneth Paschal, Ali Mims, Mary-Coker Green, Gretchen DiFante and Raio Campos for participating in the Opening Ceremonies. Also, a big thank you to Mark Snow, engineer for 93.3 FM The River, for providing the great music and Jeff Speegle for being the MC.”

Leverett said the BEAT also thanks the Pelham Parks & Rec staff for helping run the event.

“We even had a lot of parents jump in to play along in the water balloon battle,” Leverett said. “Jeff Speegle even got a few throws in there. All in all, it was a fun event. We look forward to doing it again next year possibly sometime around November when it’s much cooler.”

Leverett said he wants to encourage members of the public to join the BEAT team, and to look forward to future events on the horizon such as an art festival, a murder mystery play, dinner theater events and more.

For more information on the BEAT, visit Pelhambeat.org.