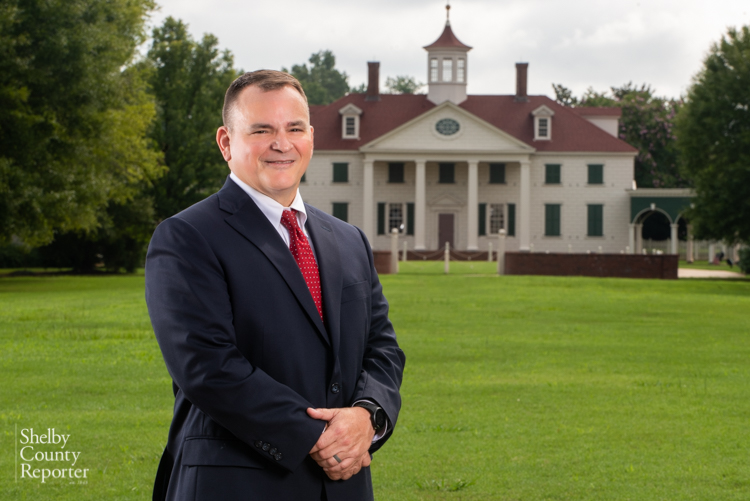 Alan Miller, a Chelsea resident and criminal defense attorney, has been hired to serve as the new president and CEO of the American Village in Montevallo. (Reporter Photo/Keith McCoy)

MONTEVALLO – A Shelby County resident and attorney has been selected to fill a major leadership role at the American Village.

Miller succeeds American Village founder Tom Walker, who retired from his position as president in February and currently serves as president emeritus.

“Tom’s incredible vision and leadership is evident everywhere on this campus,” Miller said. “My primary focus is to simply continue the amazing work that is already underway. The ideals our founders expressed in the Declaration of Independence present a challenge for us to be striving toward together. The American Village will continue to promote unity and responsible citizenship by teaching and inspiring all our guests.”

Miller was a founding partner of Hepburn & Miller LLC in Shelby County.

His prior work included serving as executive director of Shelby County COMPACT 2020 and as chief assistant district attorney for the 18th Circuit District Attorney’s Office in Columbiana.

He earned a Bachelor of Arts from Tulane University and a juris doctorate from the University of Alabama School of Law.

“The mission of the American Village ‘to strengthen and renew the foundations of American liberty and self-government’ is one that speaks directly to my heart as a Marine Corps officer and an attorney,” Miller said. “I am incredibly excited to have this opportunity to continue the work Tom Walker started with the American Village nearly 30 years ago.”

“Alan is committed to continuing our educational mission of building new leaders by teaching the foundations which built this great country we all are honored to call home,” said Carol Brown, chair of the American Village Citizenship Trust Board of Trustees. “We look forward to his tenure at the Village as we move into a period of growth and new and exciting partnerships that will continue to expand our reach outside the Village campus.”

“My wife and I moved to Shelby County from Tuscaloosa 20 years ago,” Miller said. “I remember being thankful for having such an incredible organization here in Shelby County. It is a joy to watch people engage with our historical interpreters and the immersive learning experiences that are available at the American Village, and we are excited about the possibility of expanding those history and civics learning opportunities in the years ahead.”