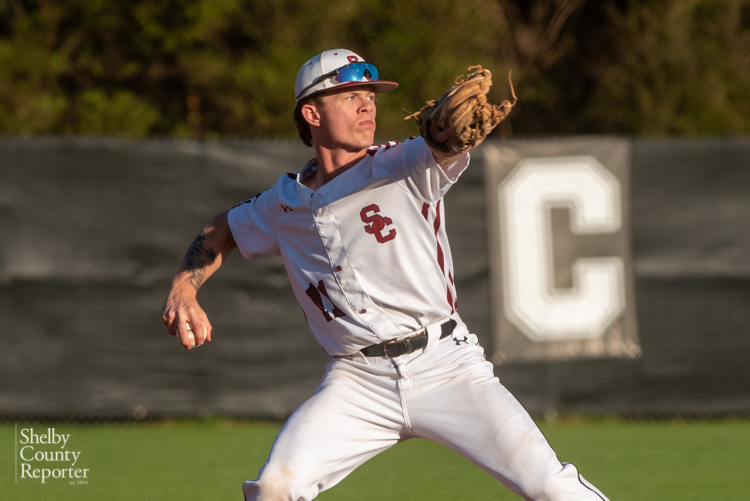 Shelby County High School baseball player Carter Sheehan went 2-for-3 at the plate during his time playing for the North All-Star team in this year’s North-South All-Star game in Montgomery. (File)

MONTGOMERY – Following a spectacular season with the Shelby County Wildcats, Carter Sheehan got the opportunity to showcase his skillset in the North-South All-Star game on Monday, July 18, and he didn’t disappoint.

As part of the opening day to the 2022 All-Star Sports Week hosted in Montgomery, Sheehan played for the North team in a doubleheader that took place at Montgomery’s Riverwalk Stadium—home to the Montgomery Biscuits.

Not only did he play, but he was one of four players between the two teams to finish with at least one hit in both games.

In the opening game of the series, Sheehan finished 1-for-2 at the plate despite a 5-0 loss for the North. He finished the game with one of the team’s three hits in the loss while playing at shortstop and as the designated hitter.

The South scored runs in the third, fourth, fifth and seventh innings to grab the win.

In the second game, he only appeared at the plate one time, but he capitalized on that plate appearance with a 1-for-1 game as the designated hitter.

The two teams ended up tying the second game 2-2. The North took a 2-0 lead through two innings, but a late rally by the South with four runs in the top of the fourth ultimately led to a 2-2 tie in the five-inning second game that ended early due to weather.

With the South win and tie, it closed the North’s edge in the series which began in 1997 to 23 North wins, 16 South wins and three ties.

During his junior season with the Wildcats, Sheehan finished the season with an average of .420 at the plate as one of the county’s best players.

He ended up leading the county in runs scored with 58, while he totaled 42 hits and 26 RBIs. He finished with seven doubles, one triple and one home run, while he led the county with 31 stolen bases.

Sheehan was part of a Shelby County team that spent the majority of the season as the No. 1 team in Class 5A, ultimately making it to the quarterfinals of the playoffs where the Wildcats fell to Headland 2-1 in a best-of-three series.

Following his All-Star appearance, he will now return as one of several key players for the Wildcats next season hoping to put together another special season.