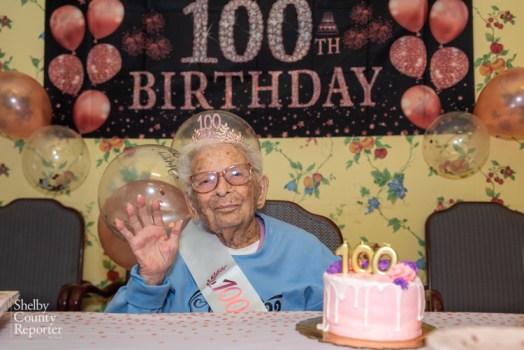 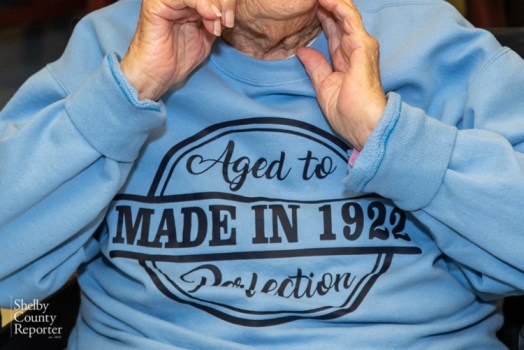 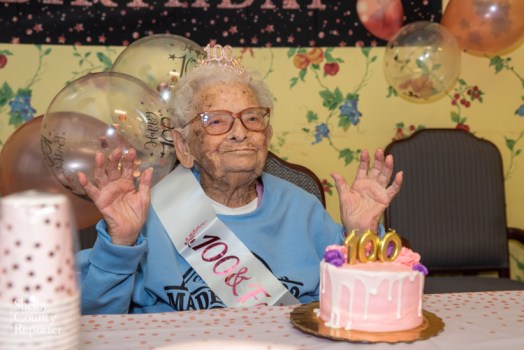 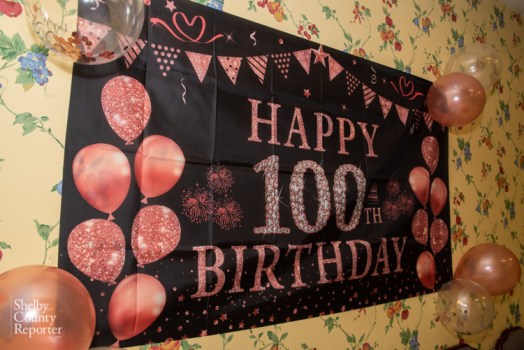 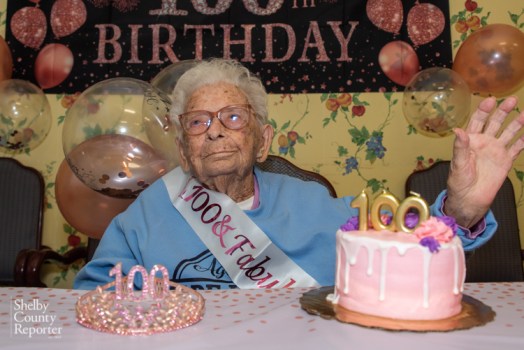 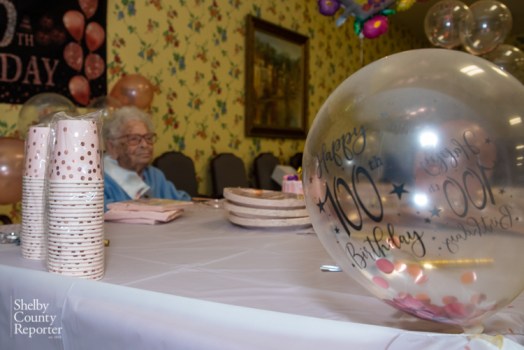 COLUMBIANA—When Willie Viola Hand of Columbiana turned 80 years old, her family surprised her with a trip to Arizona to see the Grand Canyon and other wonders. That was 20 years ago.

Little did Pitts know that two decades later, her grandmother would be marking a century of life—not with a big blowout, mind you—she did that last year, on her 99th birthday, by celebrating in style with 125 of her family and friends at the Rowan House in Leeds.

This year, Hand preferred a low-key celebration at Columbiana Health and Rehab where she has resided since 2016. While there, Hand has survived two bouts of COVID-19 but never experienced any symptoms.

Hand does not attribute her longevity to social distancing, however.

“Her secret to long life would most likely be her faith in the Lord,” Pitts said.

Hand was born Willie Viola Tipton on Tuesday, July 18, 1922. She was born at home in Pell City and was the fourth of eight children, all of whom have passed except for Hand and her baby brother, J.R. Tipton.

On July 30, 1937, she married Lloyd Hand at the age of 15 when he was 19. They were married at the Pell City Courthouse in St. Clair County and were married for 56 years until Lloyd’s passing in 1993, according to Pitts.

“They lived in Columbiana most of their lives. They lived in that same house on Highway 26, the same house my grandaddy was raised in,” Pitts said, adding, “My mom, her daughter, still lives there.”

The Hands always had a huge vegetable garden, and she would freeze and can vegetables and also enjoyed quilting and tending to her flower gardens. The couple also made custom cabinets for a living, many of which can still be found throughout Shelby County.

“My granny was a great cook,” said Pitts. “Her chicken dressing was always the requested dish for her to bring to reunions or any family gathering. There were never leftovers. Homemade biscuits with sliced tomatoes and mayo is one of my favorites. Peach cobbler! I still have not gotten this just like hers!”

Among Hand’s greatest memories are her son returning home from Vietnam, the births of her grandchildren, traveling to many places in the U.S. and family reunions. But among all of them, there is one common thread that translates into a valuable piece of advice that Hand leaves for future generations:

“Love one another and spend time together,” she says.

Pitts is Hand’s second-born grandchild, and the two have remained close ever since Pitts’ parents divorced and she and her mother moved in with her grandparents.