Team from Evangel Church travels to Alaska for missions trip 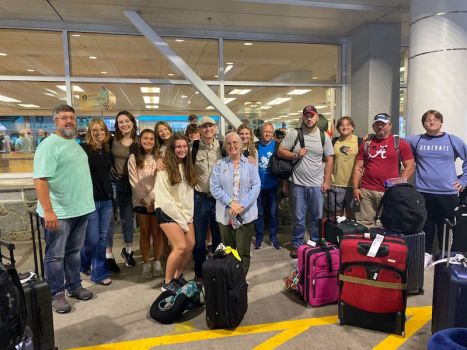 A group from Evangel Church PCA traveled to Alaska for a missions trip to complete service projects and Vacation Bible School. (Contributed) 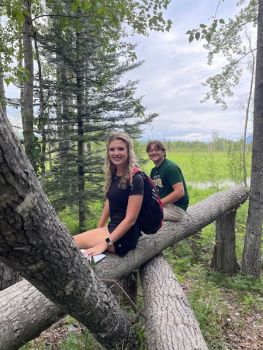 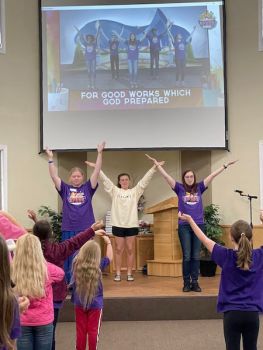 A group of 15 individuals from Evangel Church PCA traveled to Alaska recently on a short-term mission trip.

The group left Alabaster on July 8 for a trip led by Thirst Missions, and headed to Palmer, Alaska.

The team was headed up by Benny Collins.

According to the church Facebook page, the group landed in Anchorage, Alaska, where they then spent most of the trip in Palmer, which is about 45 minutes north of Anchorage.

The team served the church and the community through service projects and Vacation Bible School.

“They were able to meet people who need the love of Jesus in their lives and made memories that they will never forget,” according to a release provided by Thirst Missions.

During some of the group’s free time on the trip, they traveled to Byron Glacier, Alaska Wildlife Conservation Center and Virgin Creek Falls. The group saw beautiful different views and varieties of Alaskan wildlife.

“Alaska truly is the last frontier, as their state motto indicates,” the release read.

Thirst Missions is based in Forest Lake, Minnesota, and has been organizing and leading missions trips since 2008.

“Whether it is poverty, homelessness, alcoholism or other struggles, churches in these areas are in need of love and support,” the release read. “Thirst Missions teams partner with churches on location while taking care of all the logistics and planning, so the group members can lead ministry, while building lasting relationships. Thirst Missions is looking forward to serving with Evangel Church PCA in the future.”