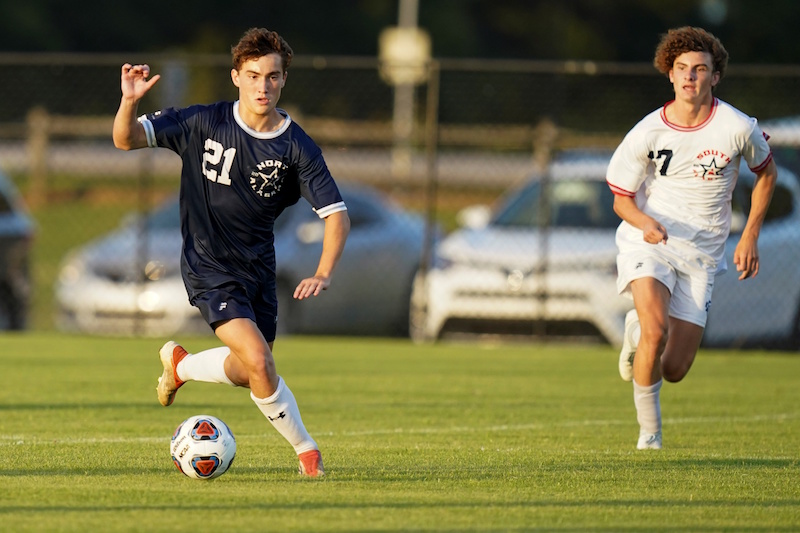 MONTGOMERY – It was an impressive night for several local boys soccer teams on Wednesday, July 20 at this year’s North-South All-Star soccer matchup.

With three players from Shelby County competing in this year’s event, all three played a key role in the North picking up a 6-3 victory over the South.

Not only did the three players contribute, but they played the majority of the game and accounted for 10 of the team’s shots on goal and four of the team’s six goals.

One player in particular had a strong night on the pitch, and that was Thompson’s Josh Owens.

A key player for the Warriors during his junior season, Owens not only had an impressive showing but picked up a hat trick to earn the MVP of the game.

He took five shots on goal during the game and was able to connect on three of them to lead the North team in the victory.

Owens was the leader for Thompson this past season, helping the Warriors advance to the playoffs for the first time since 2011.

There were also two other local players who made a major impact on the outcome.

Indian Springs’ Gus Colvin was one of three goal scorers on the North team during the win. Like Owens, he took five shots on goal and made one of the team’s six goals.

A defender this past season for Springs, he still totaled six goals and 13 assists to help lead his team to a second state championship in a row. His offensive talent was on display once again Wednesday night.

Oak Mountain’s Garrett Murphy also competed in the game after a special season for the Eagles.

Murphy, a defender, didn’t have any shots on goal during the North team’s win, but he did play the entire game to help cement the three-goal victory.

During his junior season at Oak Mountain, he scored six goals and had one assist, but more importantly, he was fast to the ball as a defender for a defense that posted 14 shutouts and gave up two goals or less in all but one game.

They also held the South to five shots on goal, and while the South connected on three of those, the lack of opportunities led to the North win.