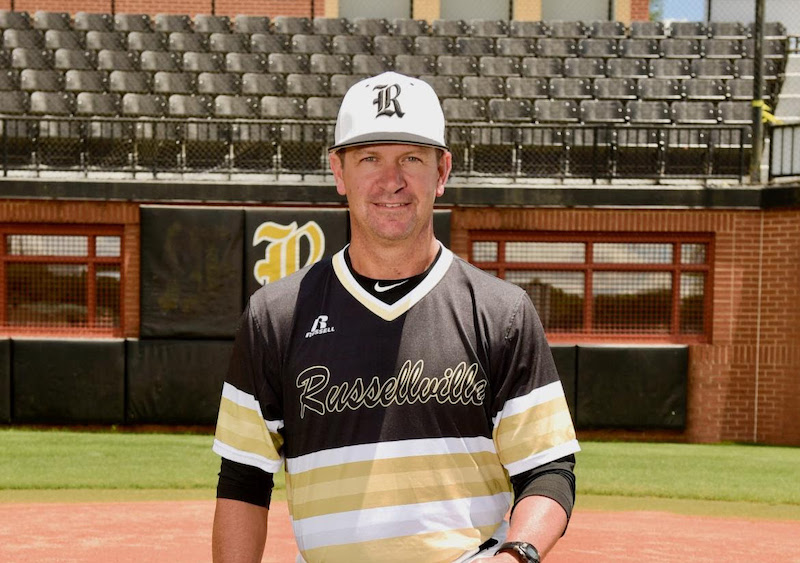 Chris Heaps will be joining the Briarwood athletics department as an administrator and baseball coach on Aug. 1. (Contributed)

NORTH SHELBY – Briarwood Christian School has announced that Chris Heaps will be joining the school’s athletic department and baseball staff on Aug. 1.

“Heaps will bring an outstanding skill set to the Briarwood baseball team as well as all of our athletics programs,” Athletic Director Jay Mathews said in a press release.

It’s a big addition for the Lions, as Heaps is retiring from Russellville High School following back-to-back Class 5A State Championships. Those are just two titles in a storied career featuring multiple championship and Coach of the Year awards.

“I’ve prayed about this and when would be the right time for me to retire from the public sector and possibly pursue other opportunities in the private sector,” he said. “I was actually thinking all of this would take place a year from now because that’s when the timing felt right to me. But things started falling into place that made it obvious that wouldn’t be the case and that now was actually the best time to make this move. God doesn’t always answer our prayers in the way we think He will, but I trust and believe that His timing is always right.”

Heaps said during conversations with Briarwood head coach Steve Renfroe, the two became good friends. He said they both felt that God might be creating a desire and opportunity for Heaps to join the Briarwood staff.

That, coupled with he and his wife, Michele, looking to be closer to a new grandson, the move made sense.

“We became even more excited about this opportunity when we saw coach Heaps’s heart and the unique skills that make him a great match at Briarwood,” Athletic Director Jay Mathews said in a press release. “He is committed to the weight room, believes in multiple sport athletes and knows the primary purpose of coaching is ministry. He is a tireless worker and very humble in his desire to help others.”

Heaps will be an athletics administrator with the title director of athletics operations and development.

He will be involved in a number of projects, including continued growth of our strength and conditioning programs, some much needed logistical support for current sports teams, as well as the future planning of all athletics programs and facilities within board approved funds for the campus.

He is joining a staff under the direction of Renfroe that includes former MLB pitcher Matt Guerrier, Jake Morris, Lance Coggins and Scott Ridley.

“Great things are happening at BCS and I am truly excited about all of the coaches I get to work with on a daily basis. Please begin to pray for the Heaps family in this transition,” Mathews said. “They will need support and direction in coming to a new city and a new community. We are also still evaluating all aspects of Briarwood baseball and plan to communicate any other significant changes by the end of August.”

Heaps is coming to Birmingham with his wife, Michele, their oldest son Braxton, and their twin boys who will be enrolling at Briarwood for their senior year.

“As I have been reading the great outpouring of love for coach Heaps from the Russellville community on social media this past week, I am confident that we will benefit from his expertise and his ministry,” Mathews said.