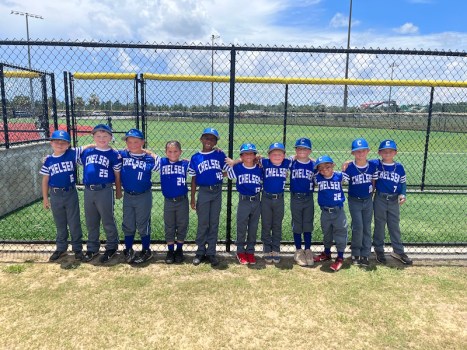 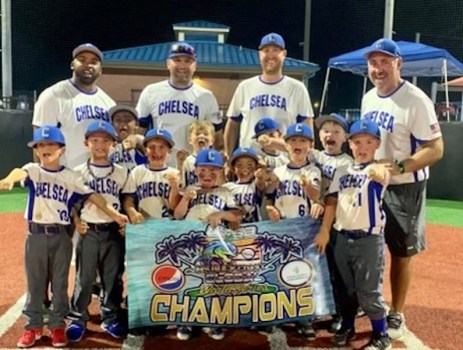 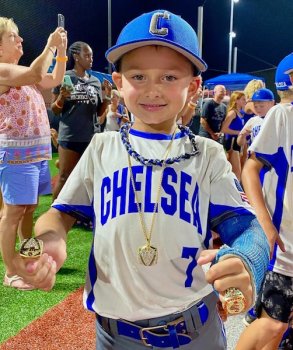 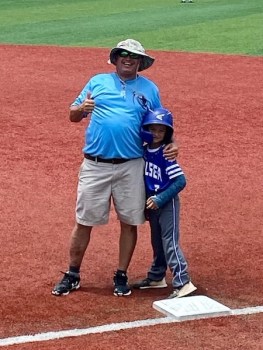 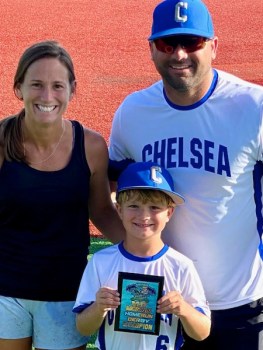 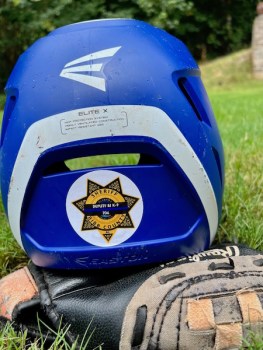 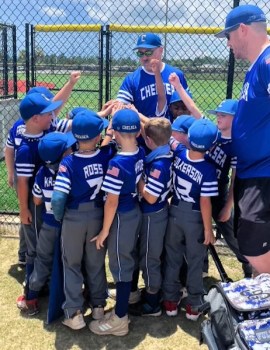 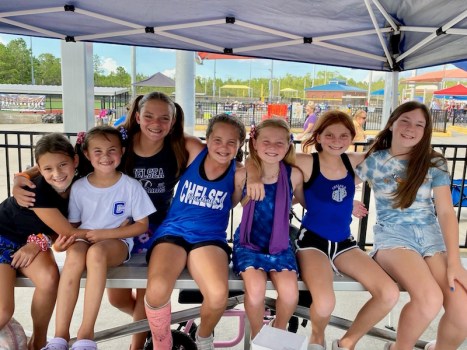 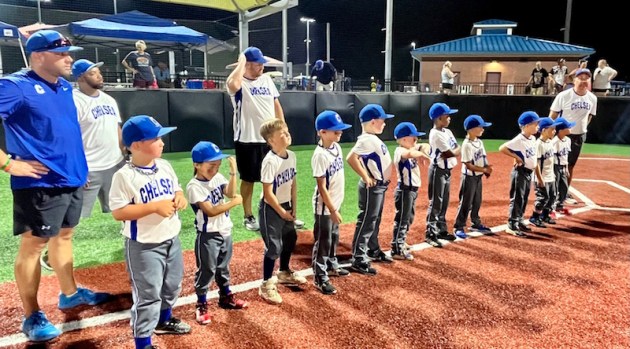 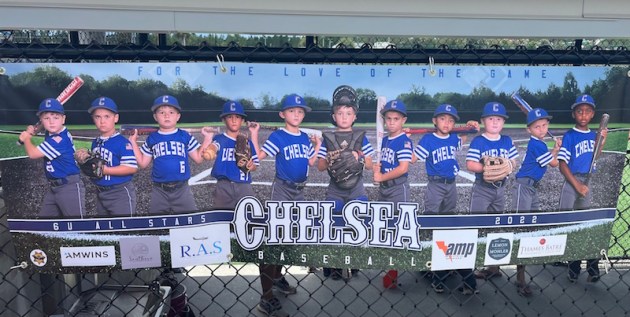 GULFPORT, Miss. – Bill Reilly wasn’t sure exactly how the final game of the USSSA Rec All-Star World Series 6U championship would unfold for his team, but he had a gut feeling the Chelsea Blue would leave the field with a win.

In a quick huddle following Chelsea’s 18-17 loss to Pell City in their first game on Sunday, July 17, Reilly and his assistant coaches reminded the boys of what they were capable of achieving and how much support they had.

“We talked them through what they can do, and we felt strong about it,” Reilly said. “We told them we trusted them, we love them and this community—this family—was going to come together and be successful. At that point, our boys came out ready to play.”

Chelsea started scoring runs soon after the second game started, shifting the momentum away from Pell City, who had beat Springville in the losers’ bracket championship game for the chance to play Chelsea in the championship.

Chelsea kept the pressure on Pell City for the rest of the game to claim a 16-6 victory and the championship title.

“This group of boys has done something that we feel is really special,” Reilly said. “We’re very fortunate, blessed and proud to be a part of this group.”

The team opened the tournament on Thursday, July 14 with a 12-11 win against a Springville team in a rematch of sorts, as Chelsea had played and lost to the same team in the state title game a couple of weeks prior to the USSSA Rec World Series.

The next day, Chelsea pulled out a miraculous win against the GC Rebels of Mississippi when Samuel Caine hit a two-run home run during Chelsea’s final at-bat.

Then, Chelsea posted a decisive win against a team from Ashville, topping them by more than 10 runs.

On Saturday, July 16, Chelsea prepared for a rematch against the GC Rebels only to enter a three-hour rain delay before the game could even start.

Although he was worried about the team’s mindset following the long delay, Reilly said they came out swinging—literally—and playing strong defense. They beat the Rebels 9-1.

“The boys came out really focused and were ready to play,” he said. “It was probably our best defensive game over the last two years that the boys have been together.”

Chelsea then had a break before playing Pell City again in the winners’ bracket final.

After such a strong defensive performance in the previous game, Chelsea came out with confidence.

“We came out very aggressive and played really well,” Reilly said. “We got out to a big lead and were able to win that game 17-7. It was a really strong, total team effort.”

With the win, the team went back to the hotel knowing that they wouldn’t have to play again until Sunday afternoon.

The next morning, Reilly’s primary goal was to keep the boys calm and relaxed until they needed to report to the ballpark for warmup exercises.

Their game was scheduled to begin at 4:30 p.m., but once again, they had to sit through an unexpected delay as the earlier games wrapped up.

Pell City beat Springville in the losers’ bracket championship game for the chance to face Chelsea in the championship.

Although Pell City edged out Chelsea in the first game by one run, Chelsea regrouped and took charge in the second game, not relenting until they had the win.

“This has been a five-month journey for the boys,” Reilly said, noting the Chelsea Blue was comprised of players from five teams in the 6U age group in Chelsea’s rec league. “I think at this point, most have thought this is a good way to end their 6U campaign.”

The team’s championship win was the culmination of hard work, dedication and a team-first mindset that was no more evident than in one player’s determination to play following an injury.

Wyatt Ross broke his throwing arm while practicing between the state tournament and the World Series.

“He was not expected to play, but we got clearance from USSSA to allow him to play with a cast on,” Reilly said. “He actually successfully got on base six of his eight at-bats while swinging with one arm. He also made plays in the field with his glove on his good arm, and he ran the ball in instead of throwing it.”

Reilly said every time Ross approached the plate, he received a standing ovation from the crowd.

“Everybody was just captivated by the will and grit and perseverance of the entire team, but it was personified in Wyatt’s effort,” Reilly said. “He was voted MVP of the tournament and did it with a broken arm and playing in a cast.”

At the World Series, Chelsea’s players wore batting helmets with stickers honoring fallen Bibb County Sheriff’s Office Deputy Brad Johnson, who died the day after he and another deputy were shot while pursuing a suspect on Wednesday, June 29.

The tragic incident happened just before the team traveled through the area on their way to a scrimmage with Bibb County.

“We drove right through the chaos immediately following the shooting,” Reilly said. “That was a very important lesson and moment for our boys.”

To remember Johnson and show their support for local law enforcement, the team had stickers made with a badge bearing Johnson’s badge number and call sign.

Along with the players’ helmets, the coaches and parents wore the stickers on their shirts at the tournament.

“We just wanted to show our support in the smallest way,” Reilly said.

Regarding the logistics of the team’s trip to the tournament, Reilly thanked the Chelsea community, including individual residents and businesses, for helping the players’ families with travel expenses.

“We did grassroots fundraising to offset some expenses and get additional equipment and gear for the boys,” he said. “The community really stepped up and helped with that process. We raised a significant amount of money in a short period of time.”

“There is a strong sense of baseball community in Chelsea,” Reilly added. “This group is extremely thankful and grateful for the support of the Chelsea baseball community. Thank you for presenting the chance for these boys to live out these dreams.”

Reilly said he was honored to coach the players and spend time with their families throughout the tournament.

The team, he said, was a positive representation of the community that supports them.

“I think it’s the ultimate physical embodiment of grit, tenacity, faith and family,” Reilly said. “If you mixed all of this together, you get this Chelsea baseball community.”