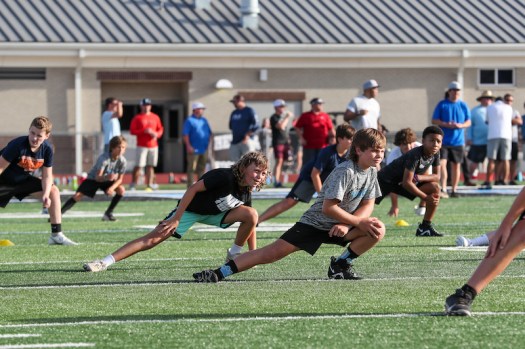 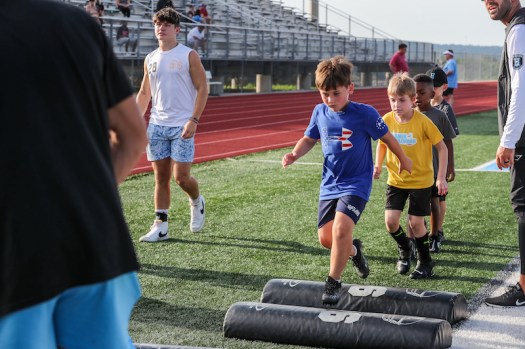 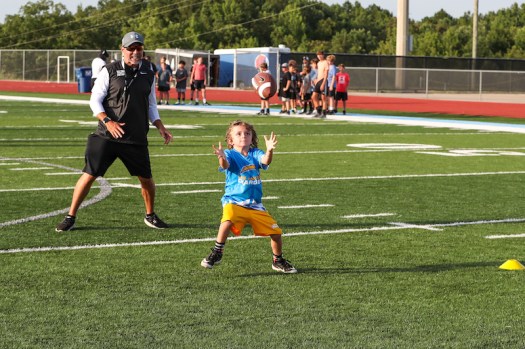 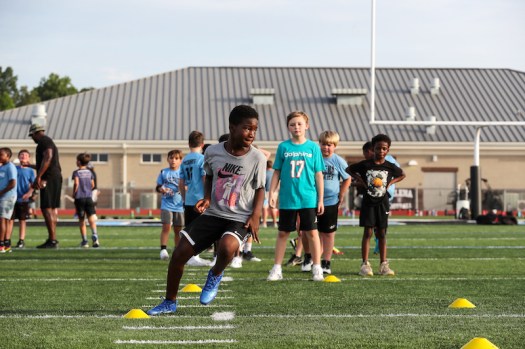 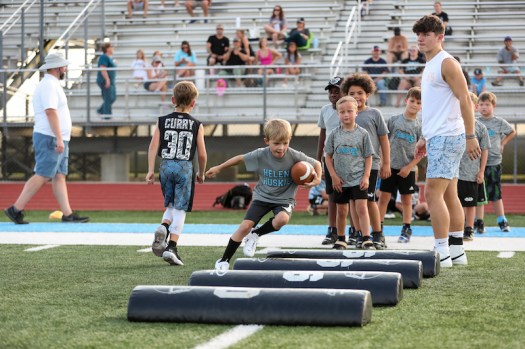 The clinic is about skill development and enjoying the game, Head Coach Richie Busby said, and added it’s a chance for them to “get to know the high school coaches and us to get to know them.”

For about 40 minutes each, first through third graders and fourth through sixth graders worked on defensive and offensive skill circuits, respectively, and then they switched sides.

“My goal in doing this is always … to bridge that gap between the high school, middle school and park leagues,” Busby said in reference to the goal of the clinic.

Busby said he hopes that each grade level can progress each year and become familiar with the terminology and schemes by the time they enter seventh grade.

Busby recalled his own experiences and said “Even when I was a kid, getting to run around the high school field gets you excited enough.”

This year’s youth football clinic was the fourth one they have held, and it proved to be the most successful yet with over 200 attendees.

“What excites me the most is the number of kids that is increasing in our community,” he continued, “When you see an increase in the numbers overall it means the coaches at their park are doing a good job.”

“My hope every year, just like this year, (is) that the kids enjoyed it, that they got something out of it, that they had fun for two hours playing the greatest game that there is,” Busby said.