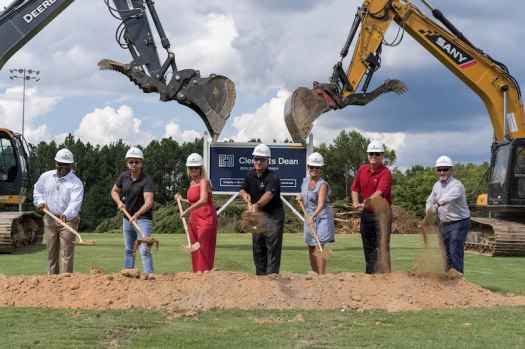 The city of Alabaster held a groundbreaking ceremony for the new Patriots Park on Friday, July 29. The new park will be located at the old Kingwood sports complex off Industrial Road. (For the Reporter/Neal Wagner) 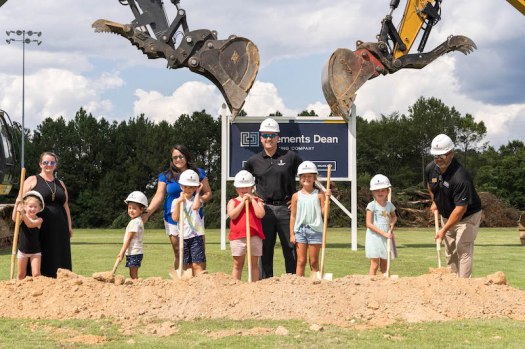 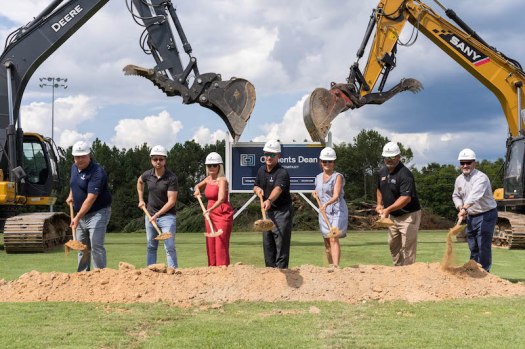 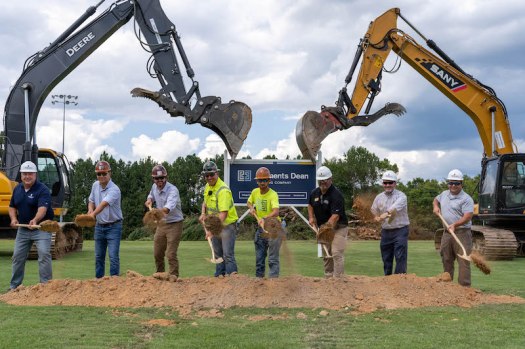 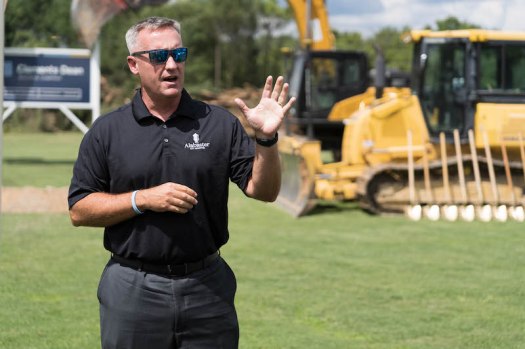 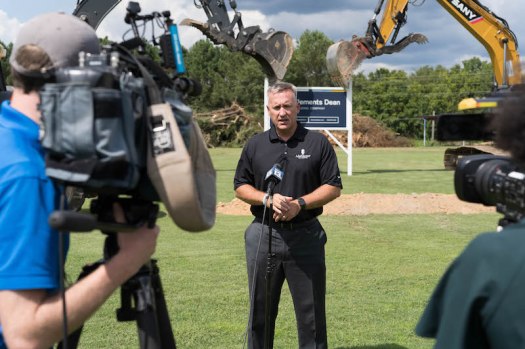 ALABASTER – An official groundbreaking ceremony was held on Friday, July 29 for the new Patriots Park off Industrial Road in Alabaster.

A project approved last year, it’s one Alabaster Mayor Scott Brakefield said residents have been excited about as a way to make the city one of the top places to live in the state.

“We followed what our residents wanted, and we are really excited to have this park come together,” Mayor Scott Brakefield said.

Rakestraw said when the property, which is located on the site of the former Kingwood sports complex, became available, it was a “no brainer.”

“It just made sense,” Rakestraw said. “This will provide a great opportunity for the residents living in this area to have access to walking trails, green space and recreational opportunities.”

Rakestraw explained that in 2019, leaders with the city worked on a parks needs assessment to survey residents about what they felt was lacking in the city’s parks.

When the survey concluded in 2020, it was an overwhelming response from residents expressing their desire for more walking trails, park facilities and recreational spaces on the north side of the city.

The project will cost roughly $4.1 million for the construction, which is set to begin soon, and will take about a year to complete.

The council approved the construction bid to Clements Dean Building Company, who had representatives present at Friday’s groundbreaking.

Once complete, the park will include a playground, multiple pavilions, a walking trail, basketball and pickle ball courts, and more.

Brakefield also acknowledged the good relationship the city has with Shelby County.

“We don’t do anything by ourselves,” Brakefield said. “An Alabaster resident is a Shelby County resident.”

Brakefield said the park will provide a nice, safe place for families to be able to access in the north side of town and will provide options for a range of ages including young children, who will enjoy the parks to adults interested in the pickleball courts.

“We want to build on the positive momentum we have going in the city,” Brakefield said.