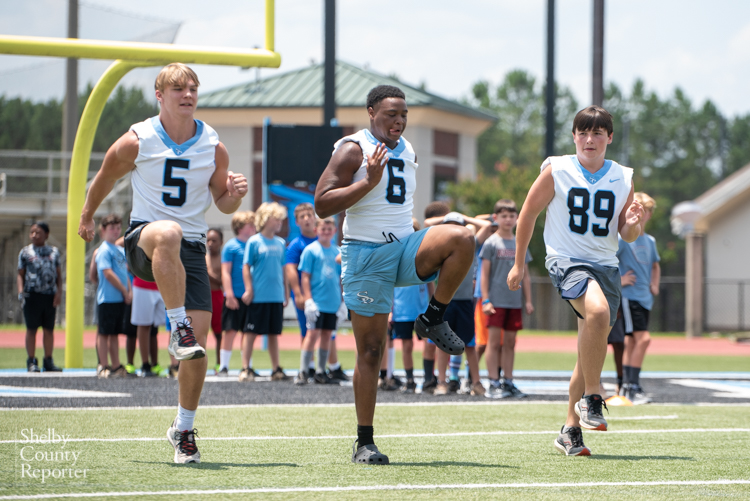 HOOVER – Spain Park High School is getting ready to kick off the school year with a jamboree and alumni cookout on Saturday, Aug. 6 and a community pep rally Sunday, Aug. 7.

“(We are) trying to get all the alumni to come and we’re inviting them back,” Head Coach Tim Vakakes said adding the event is “a way to try and get as many alumni back on campus around the football program as possible.”

In addition to the cookout, they are collecting videos from alumni to display on the big screen in the lunchroom. They are trying to reach ex-coaches and ex-players to share their videos for the big screen.

“If anybody was on that team, they remember that story, that connection,” Vakakes said.

Admission to the jamboree is $5, and concessions and merchandise will be sold at the stadium.

“We’re hoping that the jumbotron will be up and running,” Vakakes said. “They’re working around the clock to get it done.”

The community pep rally will begin at 6:30 p.m. the following day on Sunday, Aug. 7.

“(It’s) like a pep rally you have during the day, but instead of students, you have the community,” Vakakes said.

The football teams will be present alongside little league, the band and the Dazzlers.

“It’s a high school pep rally, but we’re going to acknowledge every team that’s there,” Vakakes said. “We want to include the whole football structure in the city.”

Vakakes said the community pep rally is aimed at building on the new things at Spain Park, including the new faces on the coaching staff and the new principal.

“(It’s a) good way to get a lot of positive energy running into the fall.”