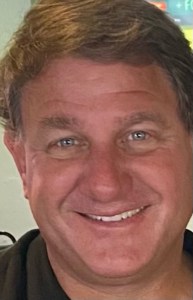 He was born in Atlanta, Georgia, but spent the majority of his life in Shelby County. He graduated from Pelham High School in 1988, and the University of Montevallo in 1992. He spent the first part of his life running a successful family business that allowed him time to travel and enjoy life to the fullest. When the family business was sold, he transitioned into the commercial insurance field where he worked as an adjuster for over 12 years.

Jason loved to ride his bicycle and his Harley. His favorite car was his black Corvette and he loved driving around with the top down on a warm spring day. He loved to travel in his motorhome with trips to the beach being one of his favorite destinations. However, he liked nothing more than hanging out at his house on Logan Martin Lake and entertaining his friends and family.

Jason is preceded in death by his father, Cecil Stuart Johnson, and his sister, Rebecca Barrette, both of Shelby County.

He is survived by his mother, Margaret Ann Johnson; his twin sister, Jennifer Johnson Luteran and her husband Tom; two nieces (Erin and Molly) and one nephew (Trent), all of Brentwood, Tennessee.

He also leaves behind his dog Snoopy and many, many lifelong friends who will miss him terribly.

There will be a celebration of life for Jason later this Fall.