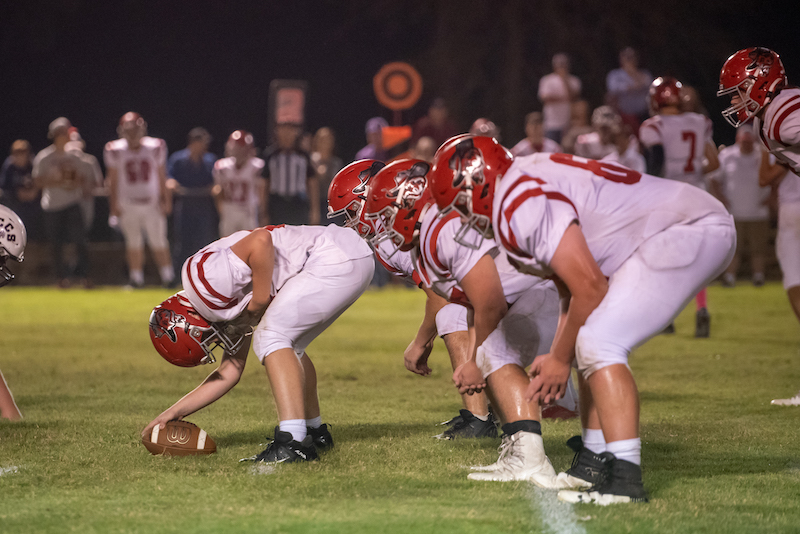 Coosa Valley will look to build off a successful 2021 football season by taking the next steps in 2022 with Vince DiLorenzo back for his second year. (File)

HARPERSVILLE – Year one of Vince DiLorenzo’s return to Coosa Valley Academy went well after leading the Rebels to a 3-8 season and spot in the playoffs.

The three wins may not seem like a big deal, but the Rebels picked up their first wins since the 2018 season.

Now, heading into year two under DiLorenzo, who previously won a championship at Coosa Valley more than 10 years ago, the Rebels know what to expect and the confidence is building.

The question is, can they overcome the loss of several key players and build numbers ahead of the season?

That said, Coosa Valley does return seven seniors this season, while there are also seven juniors and four sophomores, creating a good nucleus of athletes.

One of the biggest replacements will come at the quarterback position with the loss of Canaan Johnson, who took command of the position.

Junior Blake Warnick will take the reins this season as an athletic presence who can run the ball well, which should fit a new offensive-style of play the Rebels are hoping to put in place this season.

He won’t be afraid of contact as the quarterback and neither will running backs Jacob McGaha and Lukas Bynum.

Both worked extremely hard in the offseason to transform their bodies for the running back position, which now has them as powerful runners ready to seize control at the position.

At receiver, the Rebels will lose possibly the best unit from last year’s offense, but they will get back senior Austin Griffith. He’ll be joined by Broxton Lightner, while Justin Tarwater and Jamie Pack have stepped up to prove they deserve time as well.

Possibly the brightest spot of the offense will come up front with the return of starters Levi Ponder and Carter Gunnells. Those two seniors will also be joined by Brody Davenport, while Grant Leos, Zach Swalley and Jacob Sims will all contribute as well.

The majority of those six linemen will also rotate in and out on the defensive front, providing key depth at an important position, while a couple of others could emerge as well.

The biggest hit defensively will come at linebacker with the losses of Johnson, Hayden Dooley and Justin Tate.

Despite those losses, Bynum will return as a leader at the position, but there is a lot of uncertainty surrounding the two-way player.

The secondary will have some positive returnees despite losing a couple of key players as well. Griffith, Dustin Prickett, Tarwater, Pack and Lightner will all play in the secondary, which should provide good depth.

Pack will also handle all kicking duties this season after showcasing talent at the position last year.

Prediction (5-5): After two winless seasons, the Coosa Valley Academy Rebels immediately jumped back into the win column last season under head coach Vince DiLorenzo. A former championship coach with the Rebels, DiLorenzo returned in 2021 to turn the program around, and he started that process. Now, it’s about taking the next step and with the players now knowing what to expect, that should happen this season. The defense was drastically improved last year, and if the linebacker position comes along this season, the Rebels should remain strong on that side of the ball. The offense is still up in the air, but with a shift in style and a lot of potential in the run game, it’s easy to see promise on that side as well. Improving to 5-5 this year would be impressive and continue the upward trend from where they were two years ago.